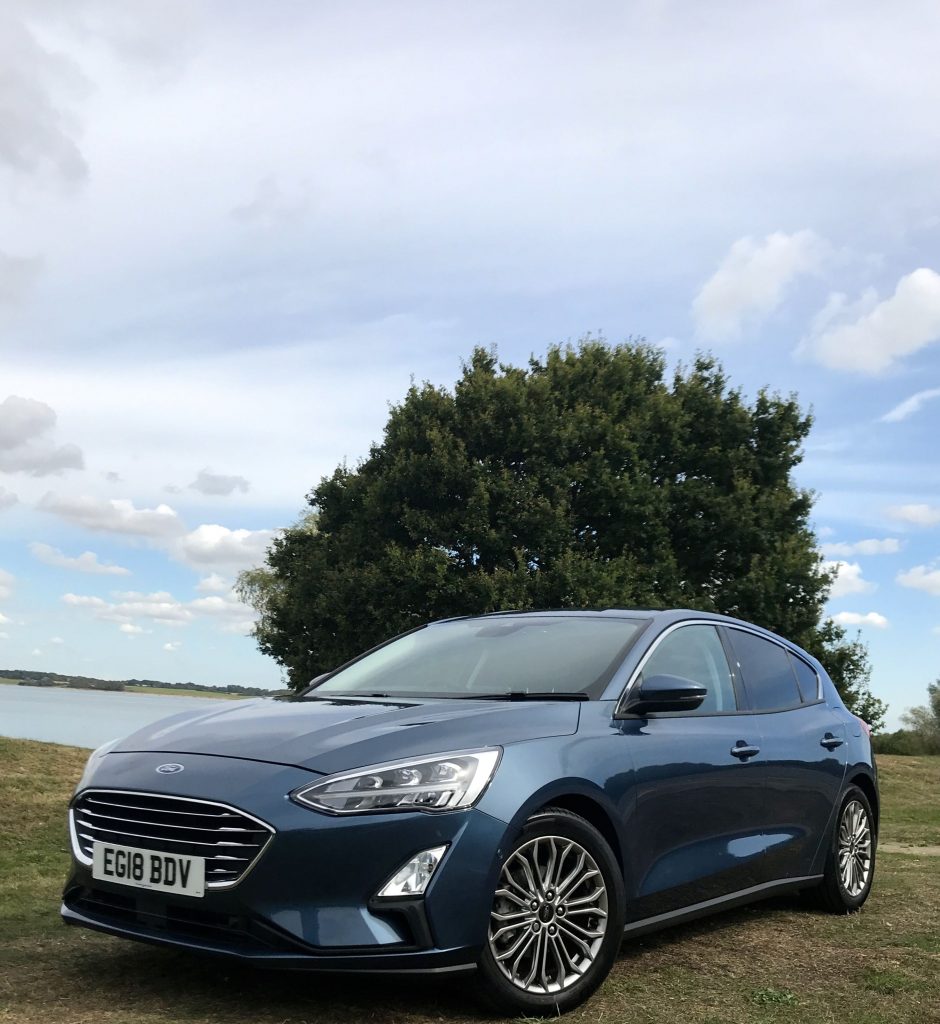 It could be argued that Ford would have to monumentally drop the ball to get the New, 4th-Generation Ford Focus wrong, possibly not even see the ball they dropped coming. They wouldn’t be the first to rest on their laurels, though, and with serious competition coming from even more places than ever, like South Korea, the 2019 Ford Focus had to be taken seriously.

We showed you how it was going to look at the reveal event back in April, so we already knew the driving force behind its design was a lower, sleeker silhouette, with an air of Mazda and Mercedes thrown in. Not only does it look closer to the ground, the 2019 Ford Focus has been designed to emphasise its width by pushing the head and taillights into the corners, making the grille extend further across the nose and even re-inventing an old Ford design cue by spelling out F O C U S across the boot lid.

Ford are sticking with the 5-door hatch only, the days of the more attractive 3-door are well and truly over, although a very promising looking estate, or wagon version is just around the corner. A semi-SUV Active Focus will also join the lineup before long. 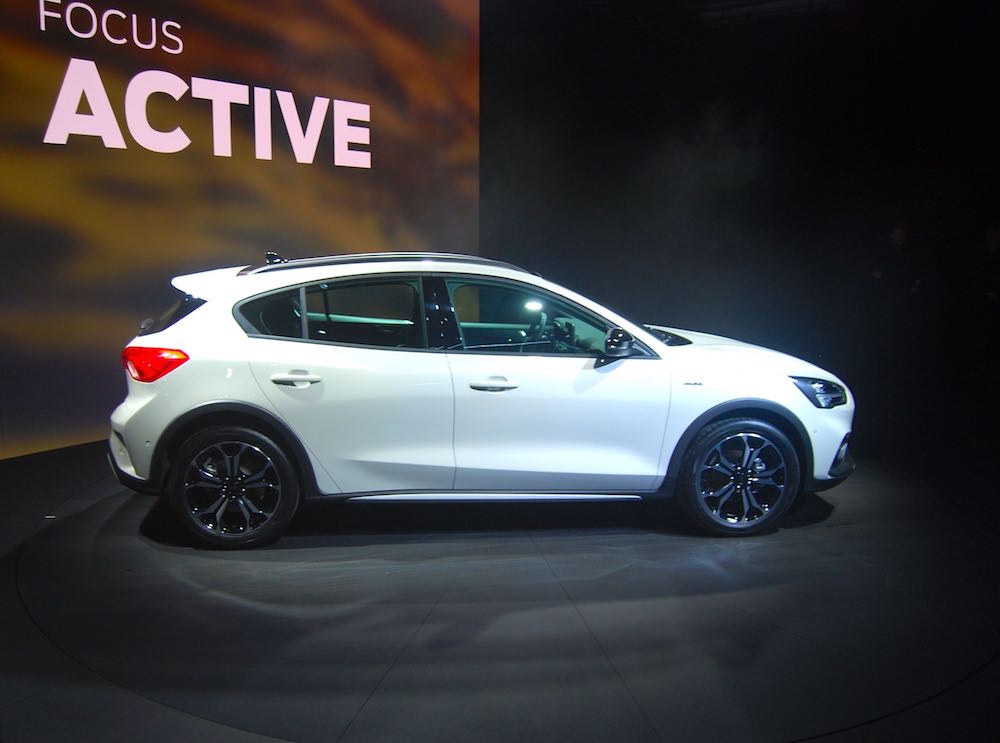 We tested both the 1.0l in 124bhp, Titanium X guise and the 1.5l diesel with 119bhp. Yes, the petrol still loses out in terms of economy, but it returns an impressive 57.6mpg combined whilst emitting 111g/km CO2. It’s just such a characterful engine and it feels like it gets this mid-sized hatchback from 0-62mph far quicker than its official time of 10.0 seconds. 200Nm torque with overboost probably helps in this department. 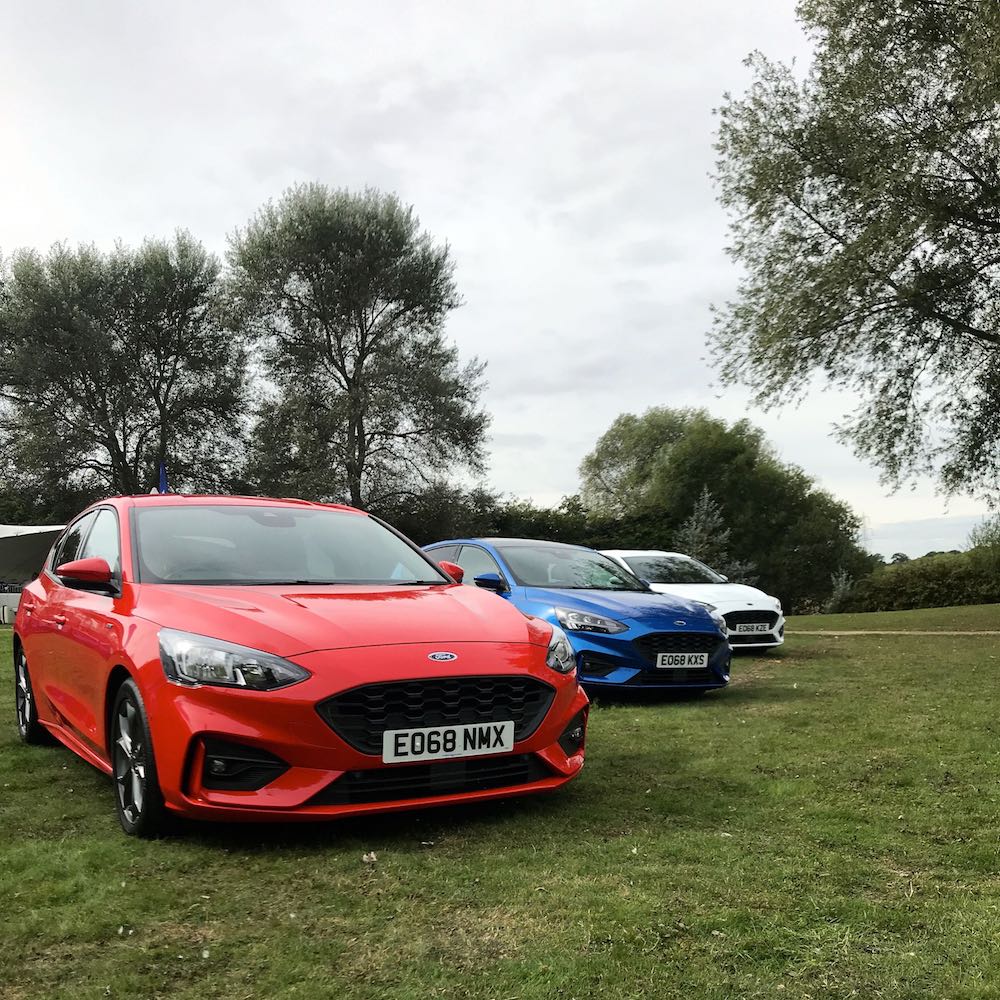 Since the Mk 1 arrived 20 years ago, the Focus has always led the way in terms of road manners in the sector. The 2019 Ford Focus continues the tradition with predicable, easily adjustable handling that’s seen some improvement by pushing all four wheels to the very corners of the car. It’s hard to fault the Focus, especially when you consider that this is no hot-hatch, it’s not even the warm Focus, the only improvement we’d make are to the brakes which tend to grab. 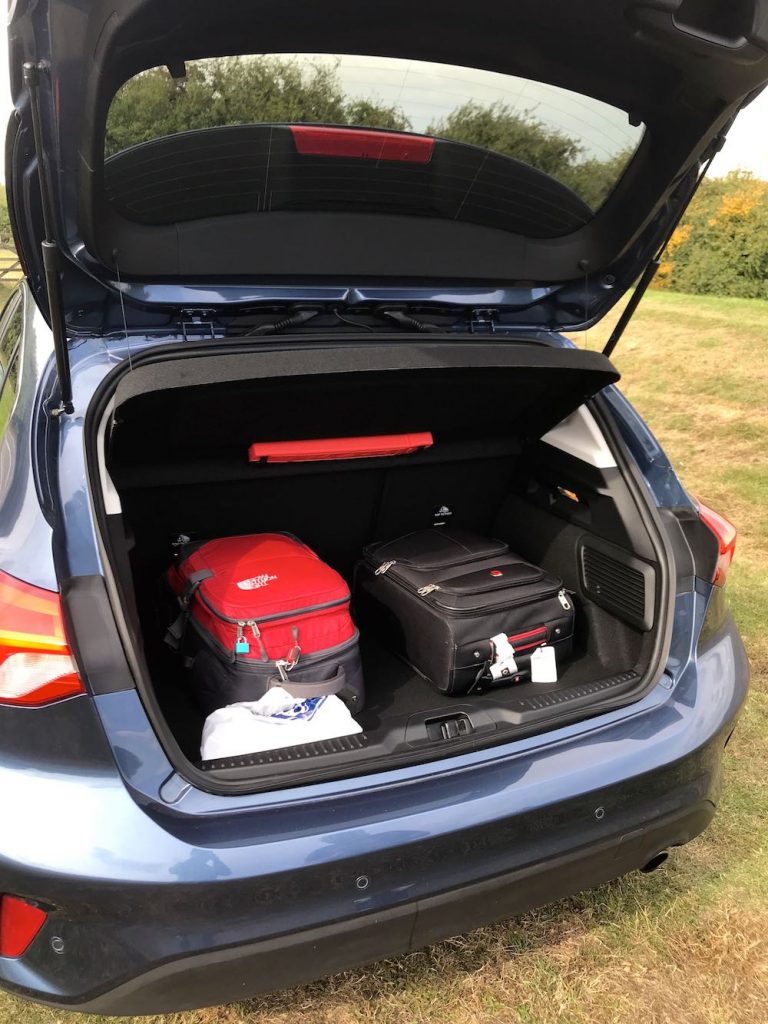 Inside the 2019 Ford Focus has seen what’s possibly an even more radical change than the exterior. What’s most welcome is the extra space in both the front and the back. There’s no banging elbows with your front seat passenger when you’re driving, and not only is there more room in the back, but Ford have gone to great lengths to improve visibility by replacing what was metal with glass around the C-pillar. 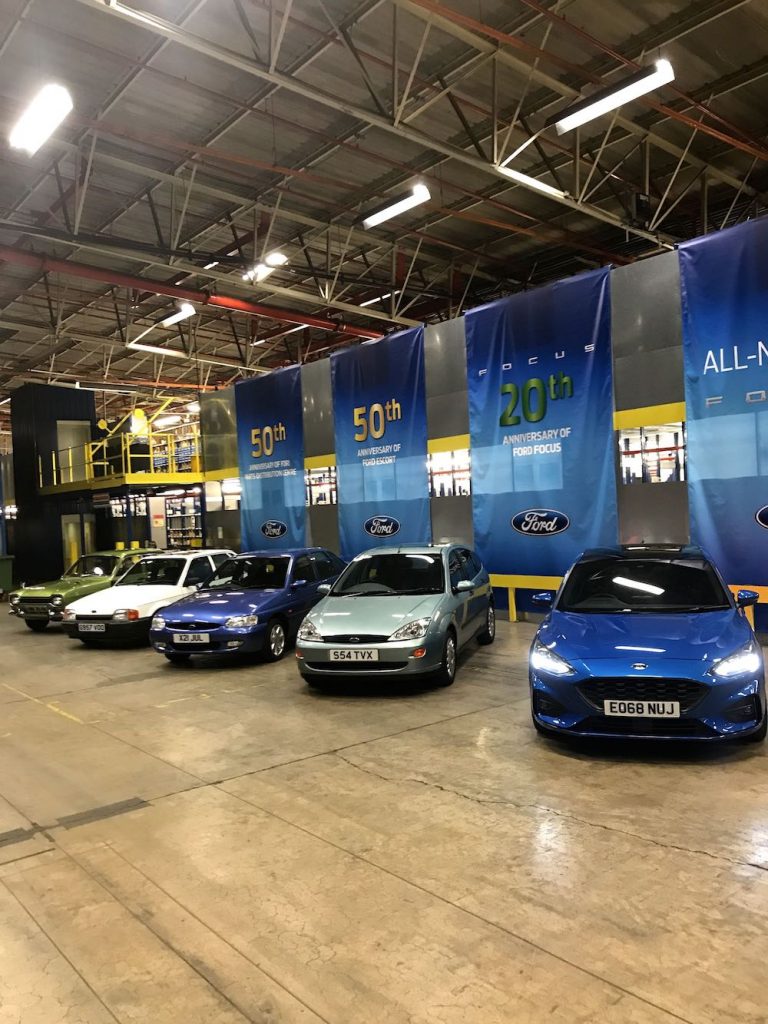 The dash has been massively simplified, with many the plethora of buttons, 50% in fact on the outgoing model replaced with more functionality via the infotainment system. A huge new piece of tech for the new Focus is the FordPass Connect system that’s built into the vehicle. What this essentially does is communicate with your smartphone via an app, provide a wifi network for up to ten devices & get info on traffic and nearby parking spaces whilst on the move. The most impressive part of this is undoubtedly the app-based functionality which tells you where your car is, how much fuel is left, what the tyre pressures are and, if you get an automatic gearbox in your Focus, even start the engine for that perfect interior temperature. Provided you have internet access, you can perform all these tasks from anywhere on Earth.

Ford have certainly put a lot of effort into the 2019 Ford Focus, not only aesthetically but behind the scenes too. It’s bigger, more economical and packed full of new tech; have Ford rested on their laurels? Not a bit of it.

The 2019 Ford Focus is available soon. For full details go to: www.ford.co.uk

I'm Ben Harrington and I'm a car lover, freelance motoring journalist and family-man (I'll let you decide the order!) I started Driving Torque in 2010 to share my love of all things motoring with the wider world. Since then, … END_OF_DOCUMENT_TOKEN_TO_BE_REPLACED