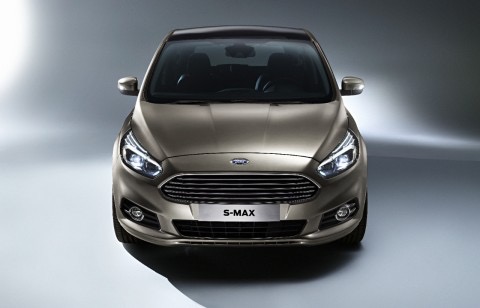 We (residents of the UK), seem to have spent many years now driving our FWD or even RWD cars, glancing jealously over The Channel as our European neighbours’ equivalent models come with power supplied to all four wheels. When asked why we’re so neglected, we’re customarily told that the pesky steering wheel on the right system that we’re so damned insistent on using makes translating these AWD systems for the UK market impossible. Meanies.

Well, no more. This is the Ford S-Max and if you so desire it comes complete from your local Ford dealership, with drive at every corner and the steering wheel on the correct side. What this means is that the S-Max is currently the only ‘proper’ 7-seat MPV (i.e. not in the mould of an SUV) on sale today with 4WD. Well, apart from the Ford Galaxy, but let’s not split hairs. 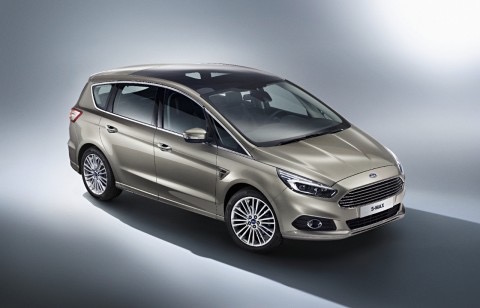 Who could possibly need a 4×4 MPV, though? Obviously it brings with it enhanced grip around bends, especially wet, slippery ones, so anyone with a large family and a house or job that requires regular journeys on country roads may be grateful for AWD. Anyone driving on snow could find it handy, of course, be it folk living at altitude or those who’d rather drive their family skiing holiday than fly.

Then there’s the other end of the leisure spectrum: caravanists. The added reassurance 4WD brings when towing might attract sales from this sector, especially from anyone towing on the motorway. 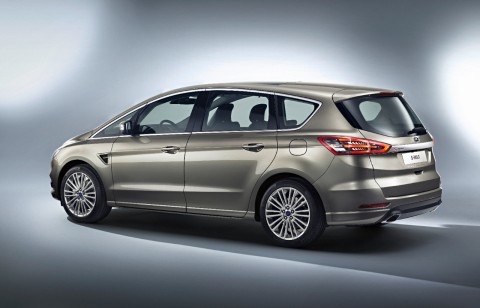 This, of course begs the question – why not just buy a 7 seat crossover or SUV? Space might be the obvious answer to this, not the place Tim Peake’s recently called home but the amount of room available to fill with…..stuff. To compete with the S-Max, you’d have to look beyond the smaller crossovers and budget for the likes of the Range Rover Sport or Audi Q7. Even at just shy of £30K in Titanium guise, the AWD S-Max is relatively very cheap.

A slight problem raises its head here, though: £30K isn’t enough. You see, adding the AWD system to this 148bhp S-Max also adds 1.3 seconds to its 0-62mph time; that might not sound like much, but 12.1 seconds is just too sluggish in a car that’s marketed as warmer, more exciting MPV. 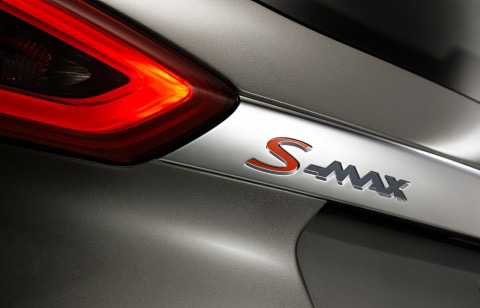 The solution? – there’s a 178bhp S-Max that’s also AWD and that gets to 62mph in a far more sprightly 10.5 seconds. It only comes  in Titanium Sport trim and with the self-changing Powershift transmission, although that’s no bad thing as the manual ‘box feels slow and changing gear is tricky should you be silly enough to put your coffee in a cupholder. All this takes the AWD S-Max up to nearly £34K; quite pricey but still a fair chunk cheaper than the larger Chelsea Tractors.

It’s not just the initial purchase cost that’ll leave a punier dent in your pocket, either, there’s the added advantage of cheaper running costs that this genre of vehicle brings. Even with that parasitic 4×4 system sapping energy, this manual S-Max returned over 42mpg with plenty of around town crawling and B-road blasts thrown in to keep the figure realistic.

The S-Max was the first ‘sporty’ MPV to hit the market and, in my opinion, this 2nd generation model has lost its way in the looks department slightly – not differing enough from the Galaxy to make it special. Even if it does get lost in the sea of available MPVs, though, this is currently the only one that’s 4WD. The one to go for may be £34K (Titanium Sport), but it could actually save you quite a lot of money.

The Ford S-Max is available now. For full details, go to; www.ford.co.uk

I'm Ben Harrington and I'm a car lover, freelance motoring journalist and family-man (I'll let you decide the order!) I started Driving Torque in 2010 to share my love of all things motoring with the wider world. Since then, … END_OF_DOCUMENT_TOKEN_TO_BE_REPLACED