The Rio is Kia‘s entry into the ultra-competitive supermini market, going up against the likes of the VW Polo and the evergreen Ford Fiesta.

Despite being launched with an entirely new platform and range of engines, the Rio does hover in the background slightly, with Kia putting far more emphasis on marketing the likes of the Picanto and Sportage. 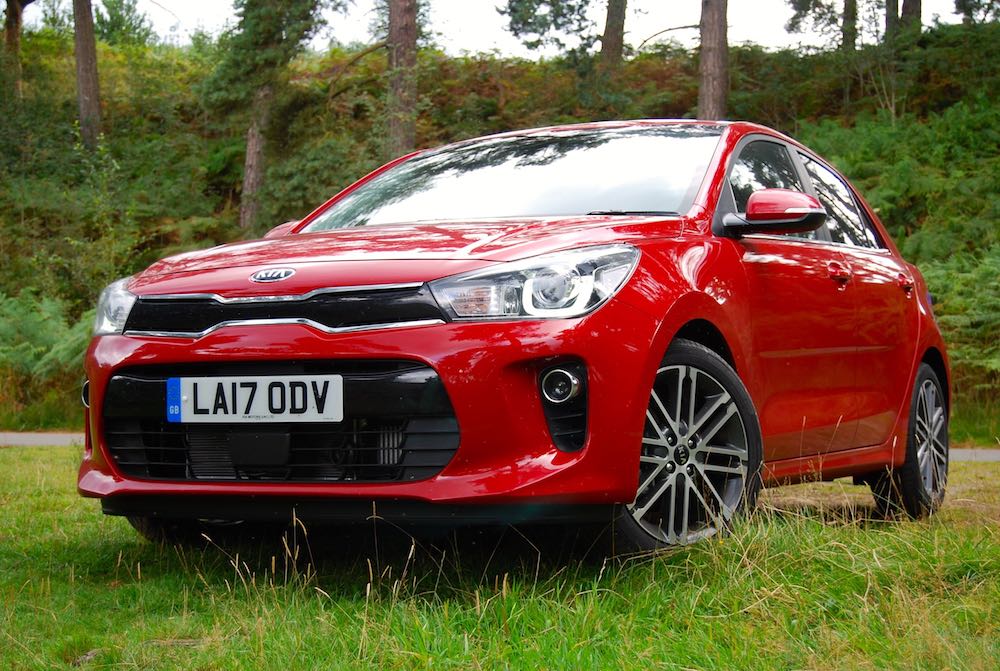 Bit of a wallflower?

It isn’t the most scintillating car to look at if we’re honest. It’s not ugly, per se, there’s just not that much to grab your attention. Even the trademark Kia tiger-nose is so understated that you really have to try to see it.

So, despite its rather bland exterior, the Rio does do a lot well. Primarily, it puts function over form and the way it makes the absolute most of the space on offer is impressive. The Rio is only 25mm longer than the supermini yardstick – the Fiesta, and it’s actually 10mm narrower and loses over 30mm in height. 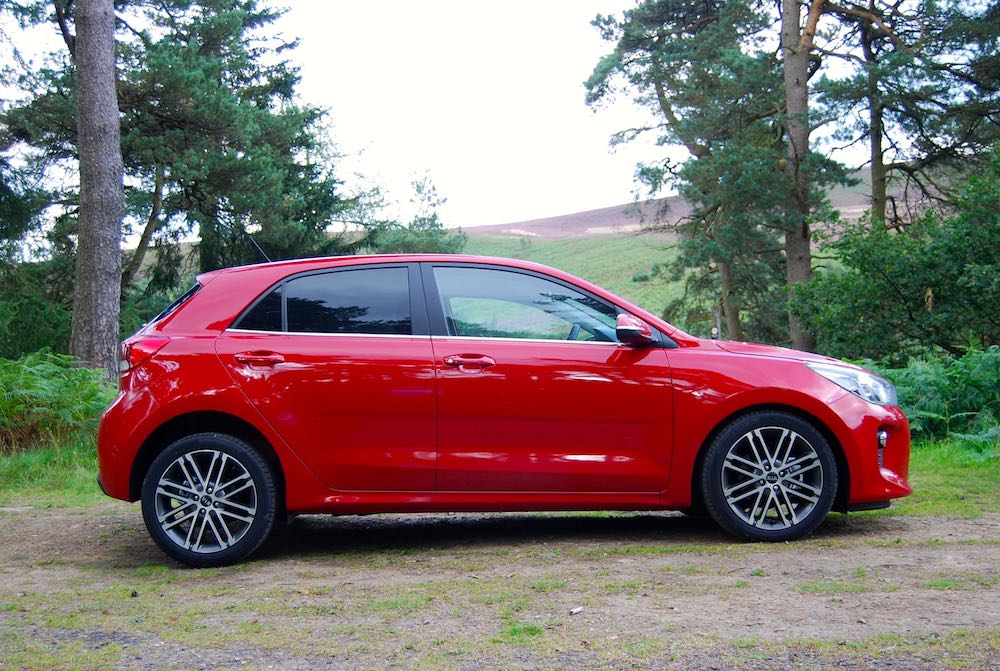 Yet, despite all this, sit in the Rio and the room on offer feels more comparable to the Focus than the Fiesta. It doesn’t achieve this whilst robbing valuable boot space, either, the Rio can swallow 325 litres to the Fiesta’s 292. How the Rio gives so much space is down to its ‘wheel in each corner‘ layout, giving a whopping 2580mm wheelbase to fit seats etc into. In a similar move to many other cars of this genre, the 3-door option has been removed from the Rio range, too, it’s 5-door only. The rear seats are comfortable enough, even for taller adults on short journeys, it’s just the awkward door apertures that hamper things slightly. 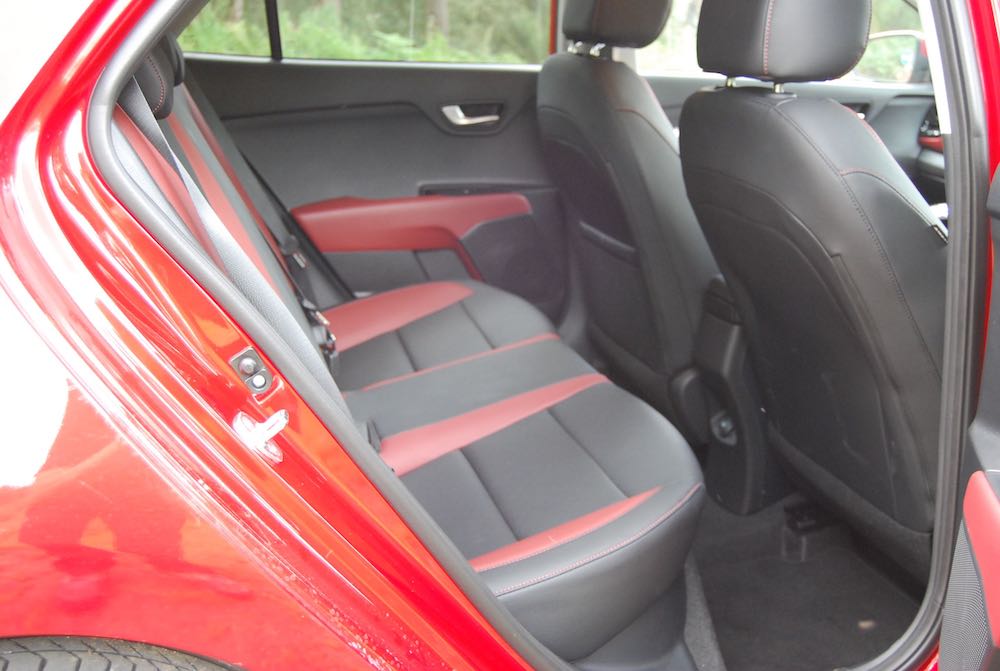 It is undeniably roomy, but the Rio’s interior is in-keeping with the outside; slightly lacking in imagination. The dashboard is a horizontal layout with a centrally mounted infotainment screen jutting out, measuring 3,8, 5 or 7 inches, dependent on which of the very sensibly branded 1, 2, or 3 (or limited-numbered First Edition) spec Rios you opt for.

The interior plastics are just the right quality grade for the 1 & 2 spec Rios, but anyone spending over £16K on the 3, or nearly £18K on a First Edition would probably expect a bit more for their money. What Kia have got exactly right, though, is the most tactile area: the steering wheel. It’s the perfect size and feels chunky and solid –  clever move on Kia’s part. 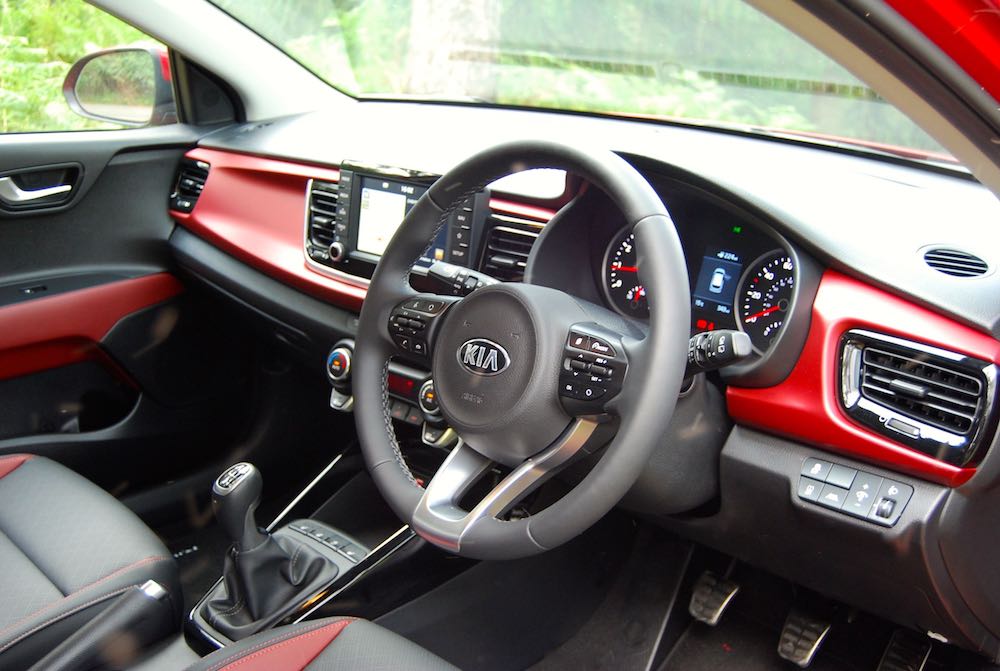 The Rio is available with a choice of 4 engines; 1.0T, 1.25 or 1.4 petrol and a 1.4 diesel. Power ranges from 76bhp to 89bhp in the diesel and there are 83bhp, 98bhp, 99bhp and 118bhp in the range-topping First Edition petrol. Transmission is via either a 5 or 6-speed manual or there’s a 4-speed automatic but this is only offered with the 98bhp petrol engine which produces a considerable 140g/km CO2.

Which engine should you go for?

Our test car was the First Edition, 118bhp model which achieved a spritely 9.8s 0-60mph time, whilst returning a claimed 60.1mpg combined and emitting just 107g/km CO2. Despite lacking somewhat in refinement and being boomy if pressed hard, this is a good engine. We’d probably recommend the 99bhp version of the same engine, though, and get even more miles for your money whilst losing little in terms of performance in what is, let’s face it, a car that’s not exactly intended to set your hair alight. 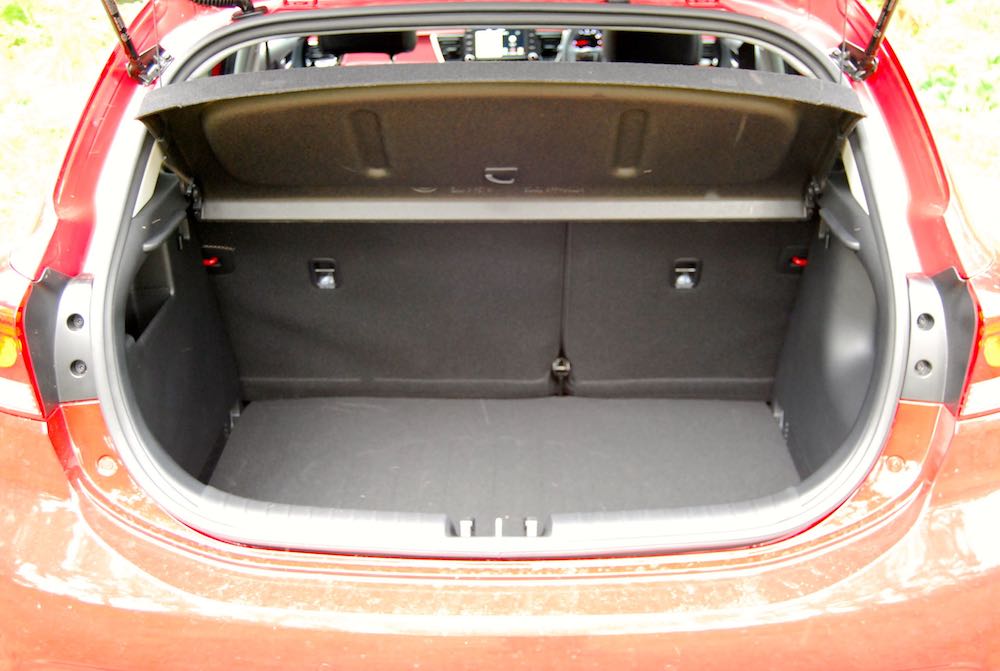 The Rio’s relatively long wheelbase not only makes for a roomy interior, it improves the car’s handling too. The power steering is too lacking in feel to be considered sporty but a fairy stiff suspension setup means it handles well without wallowing around. If comfort’s your priority, I’d make sure your Rio comes with the smaller 16” wheels, rather than the 17” rims our test car came with as the seats are somewhat lacking in terms of plushness so lumps and bumps in the road are transmitted through to the driver.

Should I buy a Kia Rio?

The Rio does little wrong but that might not be enough in this incredibly competitive supermini sector. The lesser models represent excellent value for money, especially with Kia’s 7-year warranty but more expensive Rio’s struggle to justify their price tag.

I'm Ben Harrington and I'm a car lover, freelance motoring journalist and family-man (I'll let you decide the order!) I started Driving Torque in 2010 to share my love of all things motoring with the wider world. Since then, … END_OF_DOCUMENT_TOKEN_TO_BE_REPLACED