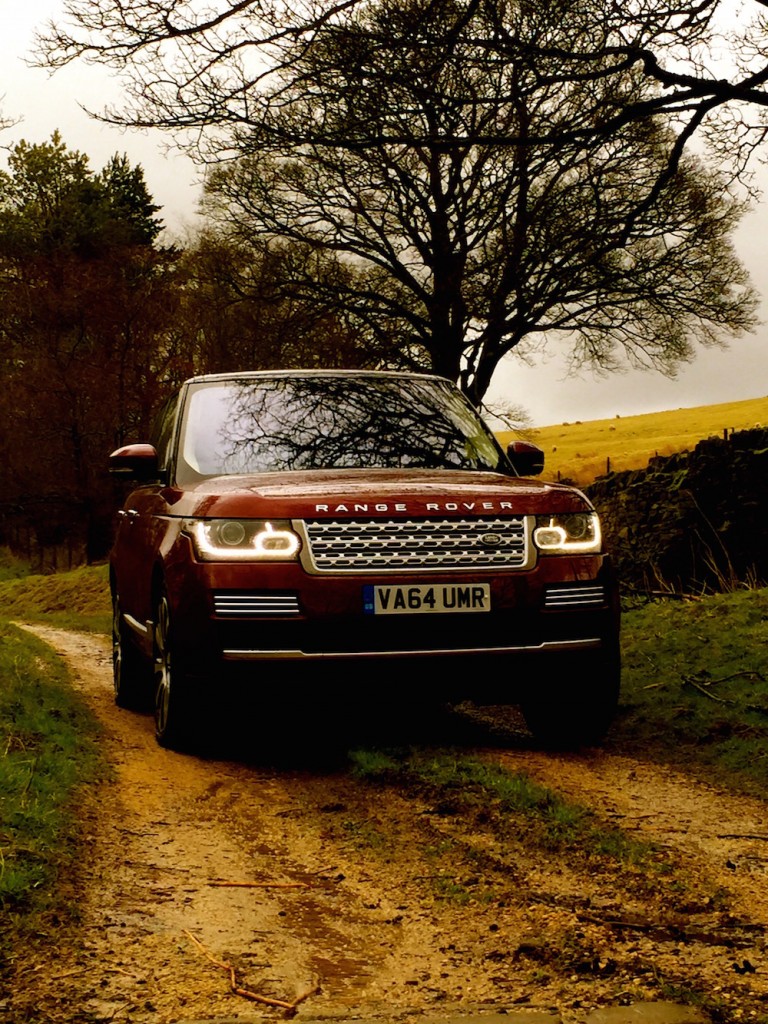 This week saw the 6,000,000th Land Rover roll confidently of the production line – it was a Range Rover Vogue SE. It may not be the original, farmer’s-favourite Land Rover, but with the imminent demise of the Defender as we know it, it’s soon to be the marque’s most iconic model.

Put this latest incarnation next to the Range Rover from 1970 that started the whole thing off, and it’s surprising just how obvious  the bloodline is. On paper, New and Old cars are worlds apart; New is over 20 inches longer than Old and 12 inches wider; for the first 11 years of Old’s production it was only available as a 3 door, these days you need an Evoque if you want anything less than a 5 door Range Rover, and Old’s infamous interior cleaning routine involving water and a hose pipe is a definite no-no if you want New’s carpets and multimedia system to remain intact.

Nevertheless, though, there is a definite look that this latest model adheres to. Its flat bonnet and angular roofline make for an instantly recognisable silhouette, and the Whale shark-esque gills and slightly rounded flanks only add to the imperious nature of the SUV that others aspire to imitate. This model has brought that Range Rover look right up to date with some neat touches like its LED light signatures, combining the latest tech with a basic shape that’s now 45 years old. 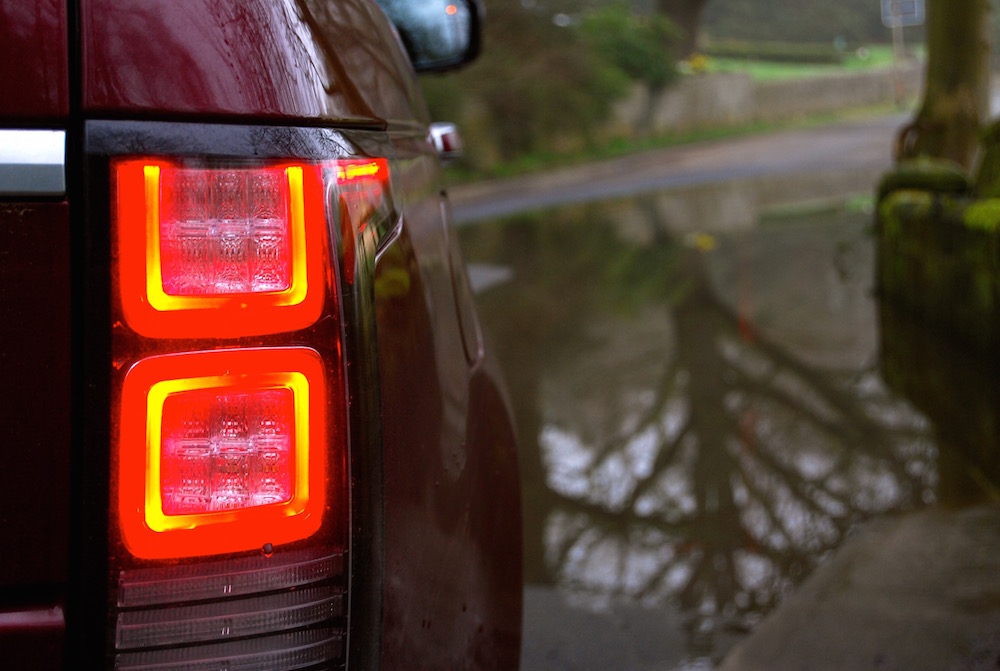 The Range Rover towers above its own wheels and there’s nothing minimalist about its glass housing, both of which are attributes that would usually detract from overall appeal. But because of the model’s heritage, and possibly the addition of the Sport to the range (excuse the pun), Range Rover buyers demand it cast a certain shadow – a consequence of becoming iconic, I guess.

Part of the Range Rover’s identity is that split-level tailgate, so often found providing impromptu seating for royalty at polo matches. Regal resting platforms aside, the ability to load heavy, awkward items onto a flat surface is a real plus in a boot as voluminous as the Range Rover’s, and it does beg the question really; why don’t other manufacturers provide one? It’s just a shame that the toil-free, self-closing tailgate’s safety systems occasionally get things wrong and won’t close fully for no apparent reason, leaving you to either manually finish the job or go back up for another attempt. 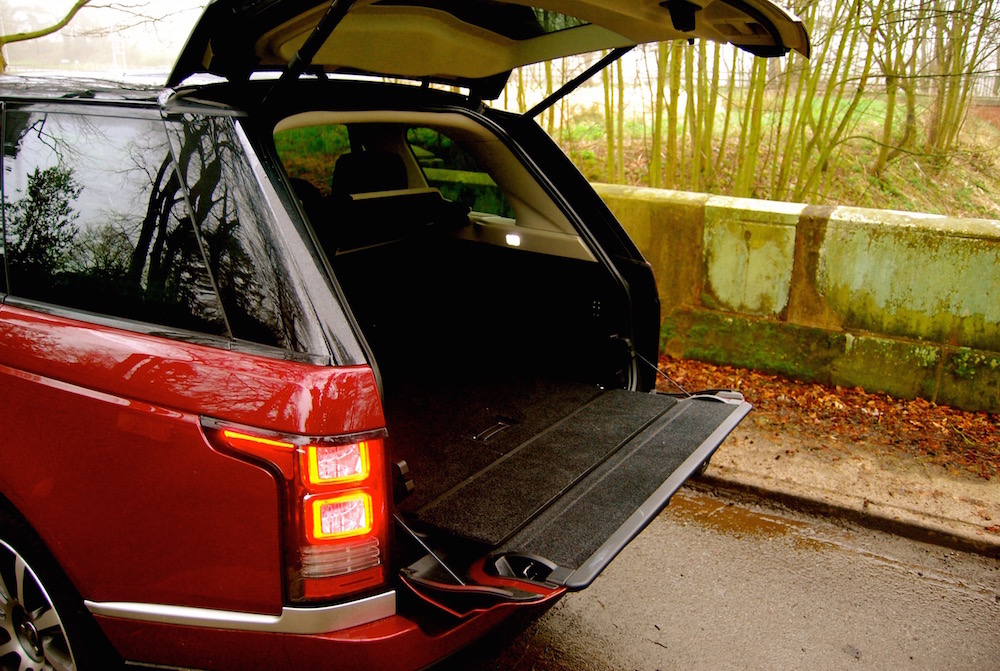 The addition of the Sport and the fact that they now share a chassis allows the ‘proper’ Range Rover a far more relaxed demeanour, too. The ride isn’t as sharp and accurate as the smaller model’s, and the higher centre of gravity makes for more lean through the corners, but the benefit from this is an unruffled drive that irons out the most scarred of roads and soothes you along to your destination. It’s important to remember, too, that, as this is a Range Rover, that destination could well be the top of a particularly steep, rocky hill, and it’ll still get you there: anything else just wouldn’t do.

This particular Range Rover is powered by their 258bhp 3.0l TDV6 engine, mated to the ever-so-popular 8 speed ZF gearbox. The petrol unit was dropped from the range when this model was released but there is a 4.4l SDV8 available for that extra performance and refinement. The vast majority of Range Rovers will surely be equipped with the V6, though; 0-60 in 7.5s and 130mph, coupled with an almost implausible 37.7mpg combined and 198g/km Co2 is a hard package to better in what’s essentially an all-terrain limousine.

It’s inside the Range Rover that stands it apart from its SUV peers. From the abundance of space to the attention to detail paid to lighting, you’d have to step into a Bentley to match it. The leather seats are as supportive and adjustable as one could possibly want, and those leagues of head and leg room make it hard to ever feel cramped. 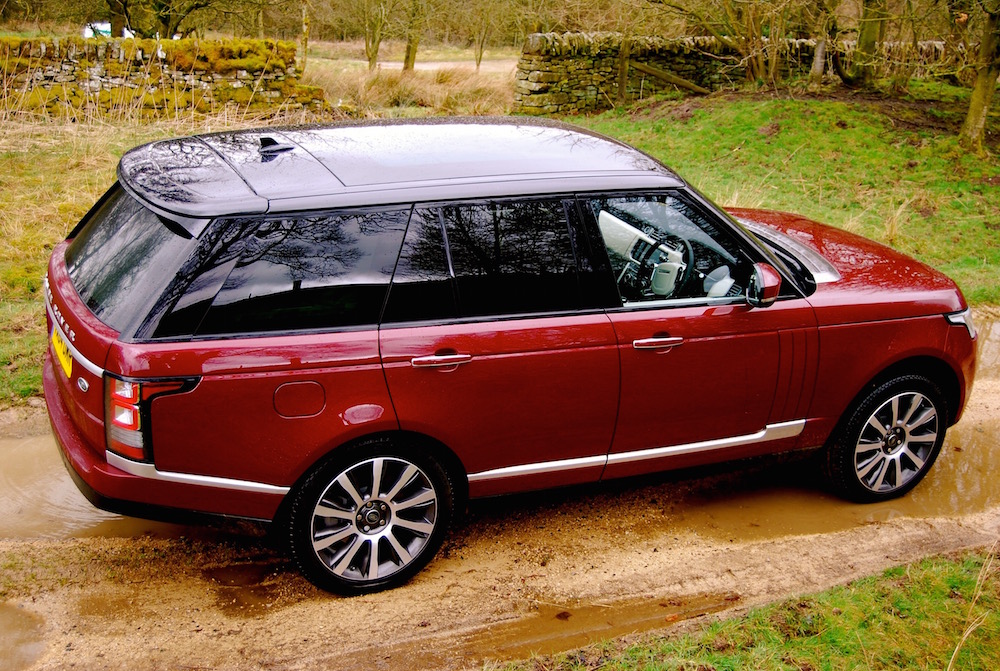 Some impressive tech, some not-so-much

There are certain gadgets and gizmos inside the Range Rover that undeniably impress, and then others that, erm……don’t.

Take, for example, their distinctively lo-res multimedia touch screen. It was deemed so clever and futuristic upon its relatively recent launch, and its ability to simultaneously show passenger and driver different screens is still A-level witchcraft. It’s the clumsy, low definition graphics that let it down, though, along with its 1 second delay to respond to commands; may not sound like much but when you’ve pressed a certain button again because you think you originally missed it, and then the system reacts to two separate presses, it all just becomes a bit messy and tiresome. It’s such a shame because it does so many things well, but it’s let down by its own foibles.

In stark contrast, though, is the Range Rover’s Adaptive Cruise Control system. Regular, everyday cruise control in the UK is completely useless, a waste of switch gear: Make it Range Rover’s Adaptive Cruise Control, however, which automatically adjusts speed by constantly monitoring surrounding traffic, and it soon became my best friend on any journey that involved a motorway. The same goes for their laser-based Head Up Display (HUD) system; so often a speedometer for wannabe fighter jet pilots, the Range Rover system contains a multitude of important information, all beamed in hi-res on to the windscreen at the perfect position. 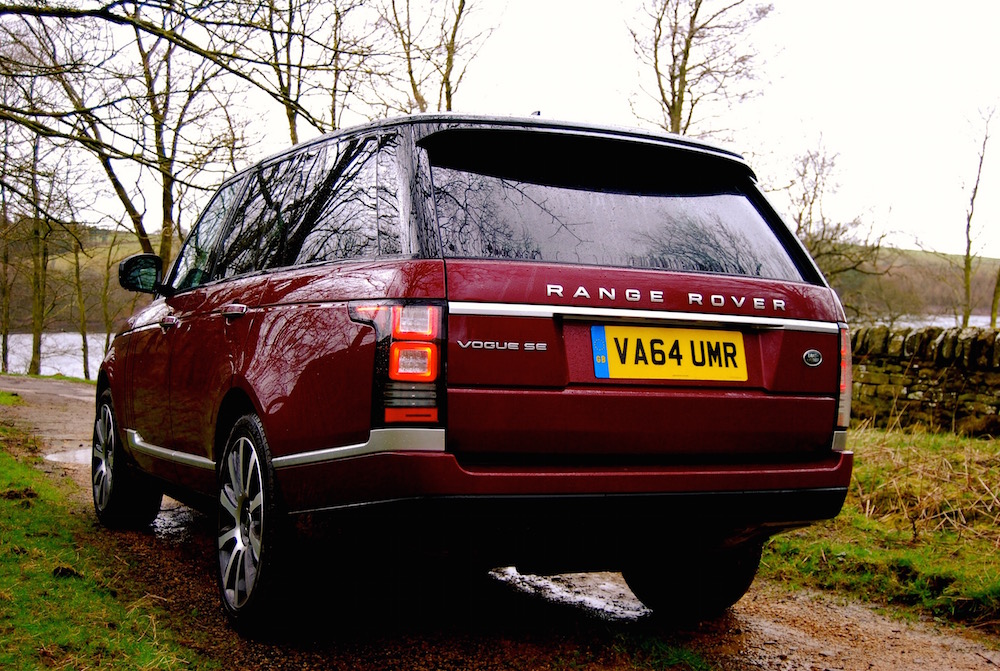 It’s been said many times by many people that the Range Rover Vogue is the only car you’d ever need, and it’s easy to see why. If B-road blasts are a regular occurrence, I’d be more inclined to go for the Sport as it’s more willing and able in that department. If luxury cruising and off-road ability are your priorities, though, the Range Rover Vogue is still King of the Hill.

For full details, go to www.landrover.co.uk

I'm Ben Harrington and I'm a car lover, freelance motoring journalist and family-man (I'll let you decide the order!) I started Driving Torque in 2010 to share my love of all things motoring with the wider world. Since then, … END_OF_DOCUMENT_TOKEN_TO_BE_REPLACED