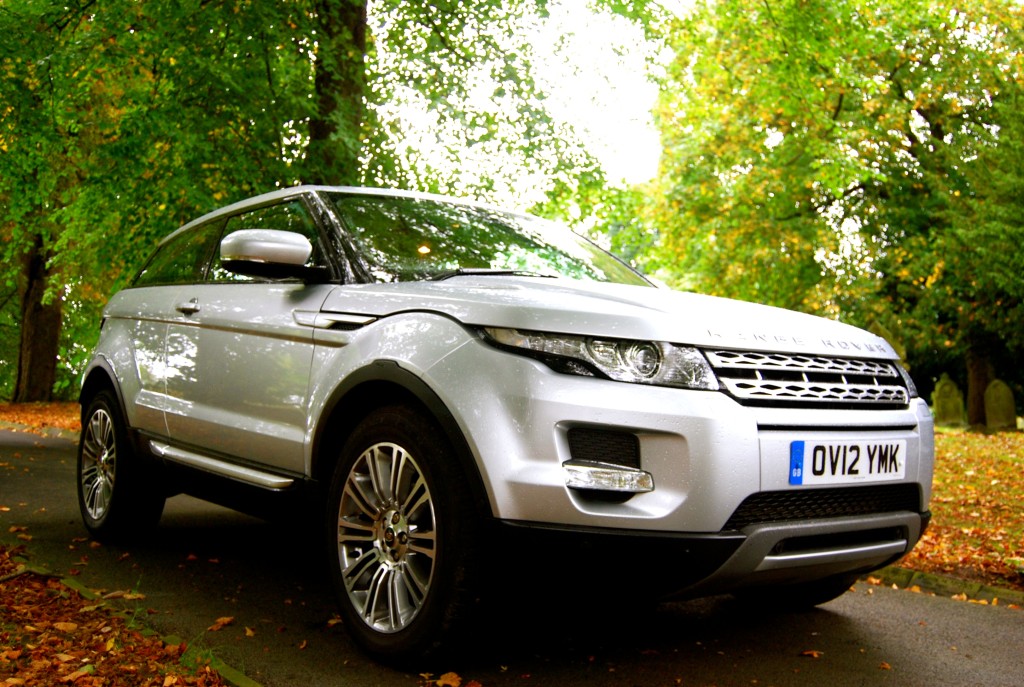 Way back in 1970, if you’d have walked into a Range Rover showroom you’d have more than likely been greeted by a smiling, Sta-Prest salesman who’d have been more than happy to proudly demonstrate the best (possibly the only) luxury 4×4 in the world. It was big, it had three doors, it was quintessentially British and the only quandary you’d be faced with would be which shade of brown to opt for. Staying in 1970 for a little bit longer, it was a similar story if you decided a Mini was the car for you; there were some slight variations in body styles and engines to choose from, but if all you wanted was a clever, compact car for the family, you could simply decide on which particular hue to go for and that was it – your three door marvel of British engineering will be delivered ASAP, Sir.

Fast forward 43 years and things have changed a little. Well, a lot actually. Both brands have been through the British Leyland mill and come out the other side, only just though and with reputations temporarily in tatters. Foreign ownership has been the salvation of both national treasures and through this, the secret of survival has been identified in a certain, undeniable quality; diversity.

All this brings me onto what is undoubtedly the most diverse product from the Range Rover stable to date – the Evoque coupe. Launched in 2011 with considerable fanfare (some of it Spice Girl related), it’s now an everyday sight on our roads whilst still retaining an air of exclusivity. Ironically enough, if it’s a quality SUV you’re after with comparable kerb appeal and quirkiness, realistic competition comes in the surprisingly similar sized Countryman or Paceman models from, would you believe it, MINI? How things have changed in just over four decades! 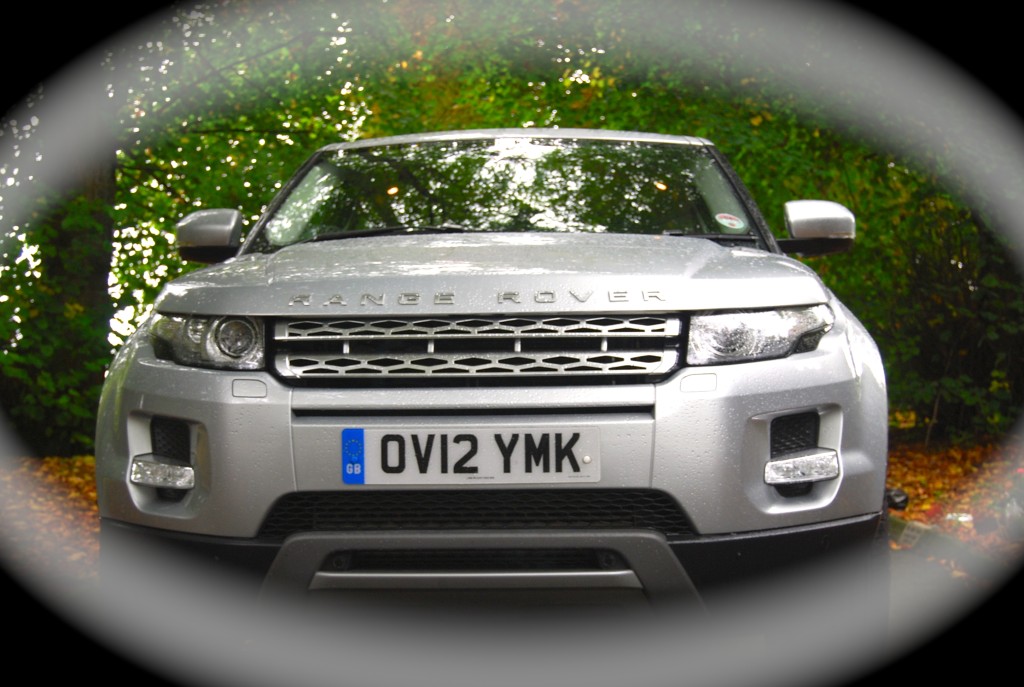 The ensuing popularity was such that Land Rover were moved to introduce round the clock manufacturing of the Evoque, in order to keep up with the insatiable demand it generated, and it’s not hard to see why. Just on face value, the Evoque is an attractive proposition, especially in three door, coupe guise such as our SD4 Prestige test car. The Evoque coupe looks it’s best when viewed from the front, with its pepper pot, two-bar-grille that makes it unmistakably part of the Land Rover group. The appeal lies in its jutting chin and narrow lights, giving the impression of a stalking ninja in full, face-concealing headgear. The lines created by these feature headlights continue down the side of the Range Rover Evoque, past the A-pillar, intersected briefly by some relatively oversized front wheel-arches that add a chunky, almost playful nature to the sometimes sombre Range Rover brand. 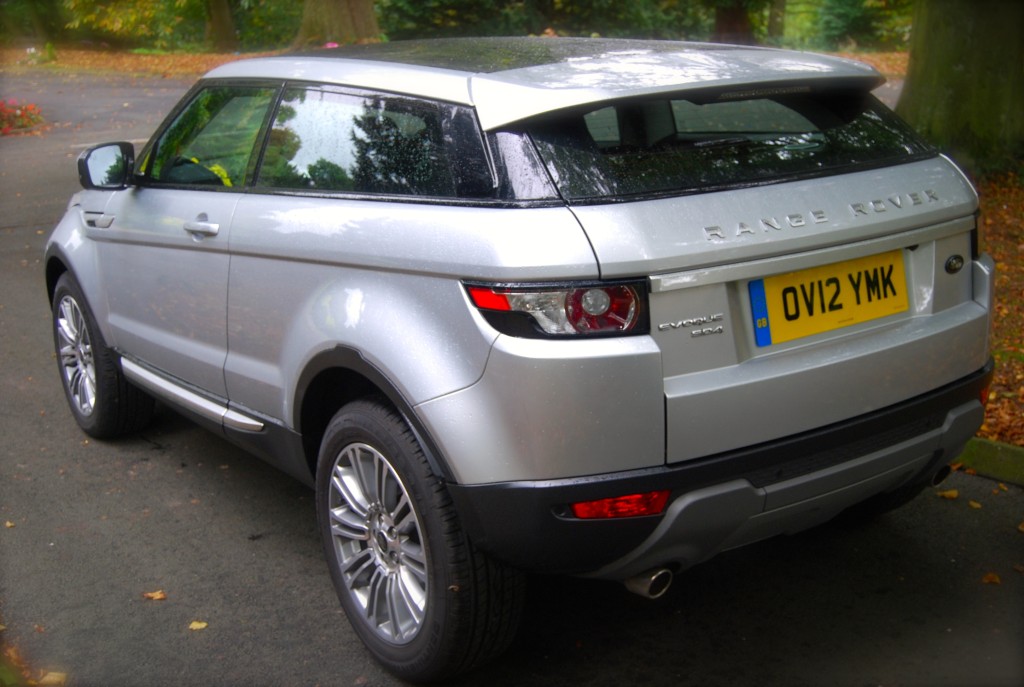 A near vertical tailgate, combined with the coupe’s impressively large doors add an air of shooting brake to the Range Rover Evoque coupe. It’s an appealing shape that’s easy on the eye with enduring popularity. It’s only really the Evoque’s rear end that could be described as slightly questionable; the rear window is impossibly small and the level at which bodywork changes colour and morphs into bumper/undertray is a little too high. The result is a multitude of features seemingly squashed into a relatively meagre area. One feature I never tire of though, is the ‘comet’ style rear lights ands their ‘glowing ball with streaking tail’ design. Think you’ve seen them somewhere else? Jaguar’s F-Type sports similar lights, if somewhat exaggerated when compared to the Evoque. 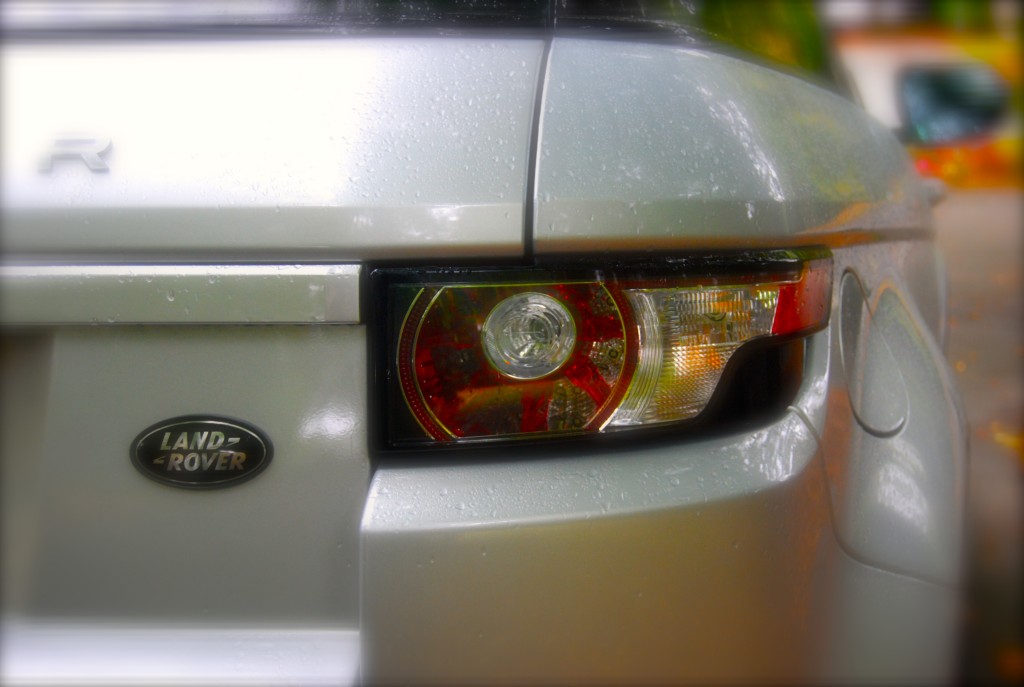 Anyway, enough of how the Evoque looks, the more pertinent question is possibly how it feels and how it behaves, both on and off-road.

I don’t know how they do it but Range Rover have a knack of producing incredibly comfortable seats and the Evoque continues this trend with aplomb. Various heating, cooling and shape adjustments all contribute to making even the longest of journeys as bearable as possible. Memory seats are, for me, an essential purchase in a car, as I love the guarantee of my seat returning to my optimum position after someone else has driven it. A shame then that whoever was tasked with positioning the buttons that control the Evoque coupe’s memory seats opted to plonk them just behind the interior door pulls; it’s quite unnerving to open or close ones door and find your seat is unexpectedly moving as your knuckles have inadvertently scraped said buttons. Very frustrating. 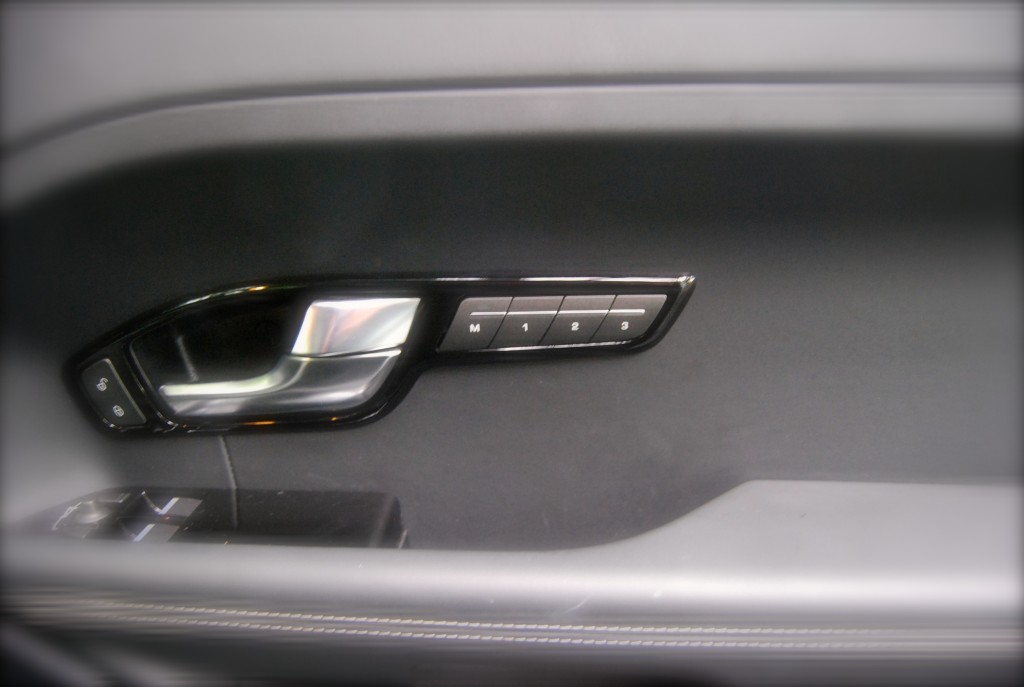 The rest of the Range Rover Evoque coupe’s interior is the usual high quality fare we’ve grown to expect from the brand. There are splashes of metal and wood in all the right places, the still awesome dual-view TFT screen, and many niceties that all contribute towards a deeply pleasing ambience. Find much better and you’re probably sat in, well, a full-size Range Rover. The sense of space in the Evoque coupe comes as something of a surprise; no occupant will find themselves cramped, even in this coupe model, and yet the boot, although not cavernous, is a decent shape and size too. Anyone with concerns about visibility stemming from that diminutive rear window I mentioned earlier can be reassured that the Evoque comes complete with a pair of door mirrors that wouldn’t look out-of-place on a road-train; it takes a bit of getting used to but missing something in those bad-boys would be no mean feat. One aspect of coupe ownership that could easily frustrate is the method of accessing the rear seats. Naturally, the front seats have acquired a motor for effortless movement back and forth but the rate at which they move is best described as glacial. Obviously health and safety will have legislated on the appropriate pace for this motion, to stave off any potential law suits resulting from trapped limbs etc. Sometime though, allowing access and egress from rear seats demands a certain level of stealth, i.e. in torrential rain so I can’t help but feel that this is one luxury feature too far and should have probably been left on the shelf. 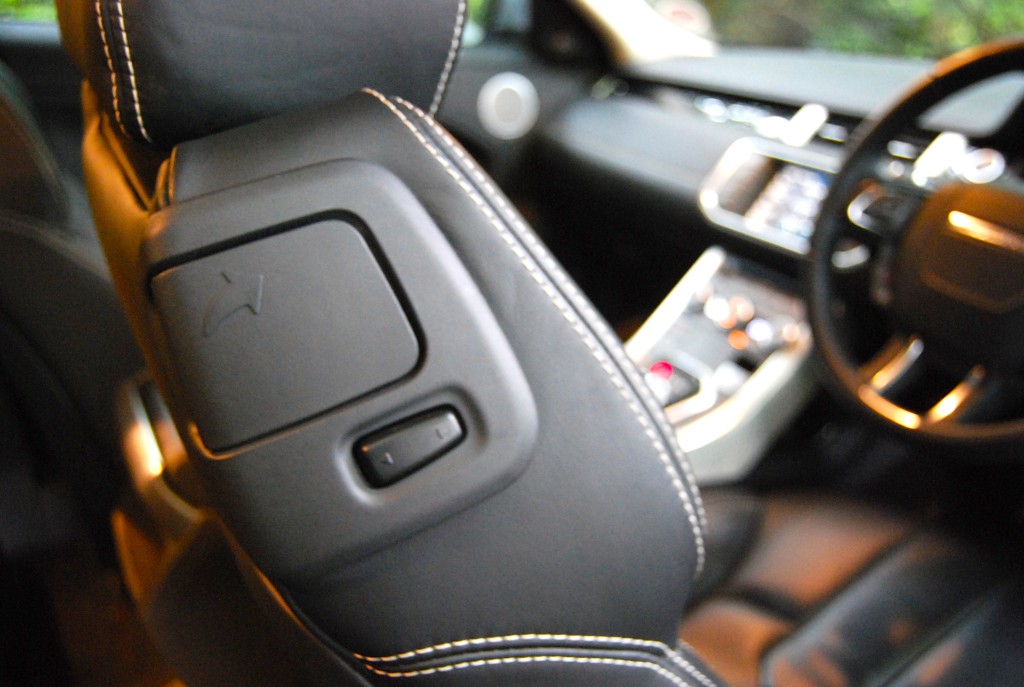 One motor too far?

I’m in the fortunate position to be able to comment first hand on how the 4WD Range Rover Evoque copes with going off-road as I took one around Land Rover’s very own test facility at Gaydon. Obviously the good folk at LR weren’t going to allow me to attack the off-road course if they weren’t confident in its capabilities but rest-assured, this is no walk in the park. Some of the hills, valleys and troughs had me doubting anything would make it through, but put the Evoque into the appropriate mode for the terrain and it just goes and goes like a particularly determined mountain goat. Our intrepid Evoque was fitted with an underbody tray as height clearance is obviously not quite up to Defender levels but apart from that, you can be confident that this is by no means all show, no go.

Back in the real world and, let’s be honest, the common-or-garden speed hump is about as tasty as it’s going to get for 90% of an Evoque’s day. Thankfully, off-road prowess doesn’t have to mean wobbly on-road traits and back on the black stuff, the Evoque feels more mid-size hatch than tall lofty SUV. The suspension and drivetrain combine to give a smooth, silky ride that seemingly irons out all the creases and ridges we’ve grown accustomed to on British roads. I defy anyone to spot a change of ratios in the wonderful 6 speed ‘box, although this is due to be updated with a lightweight 9 speed ZF unit in the near future. 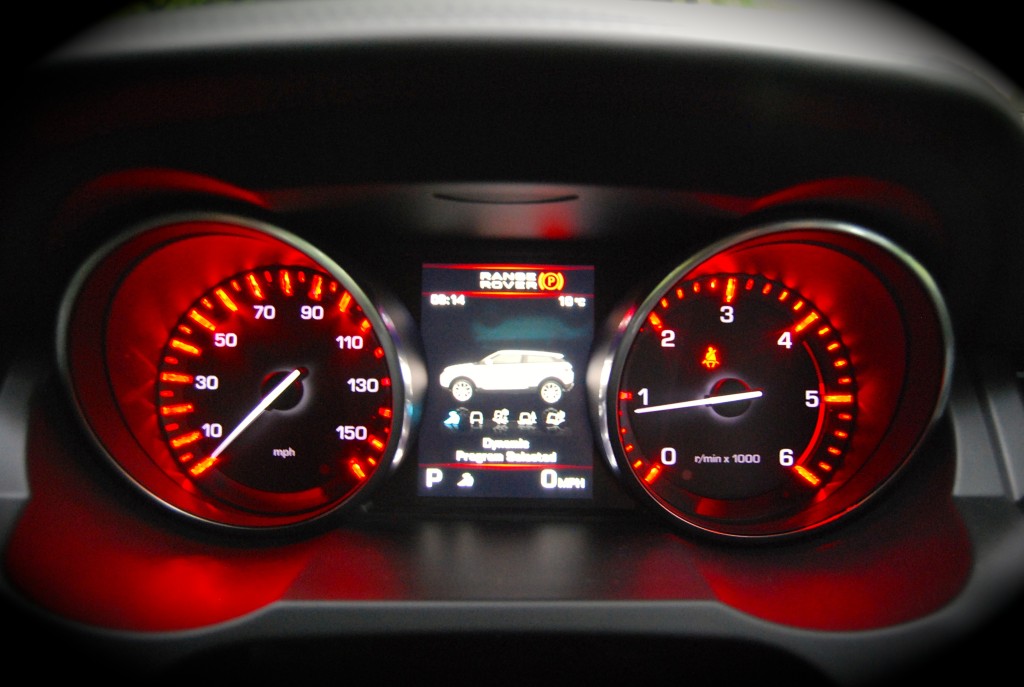 If you choose to, you can opt for a ‘dynamic’ driving mode in the Range Rover Evoque, complete with red jewelled rings around the dials. This is supposed to support a more enthusiastic driving style but personally, I wouldn’t bother. I’m all for more feedback and response on the twisty bits but honestly, I felt that the standard ride blends comfort and driveability to near perfection, dynamic mode simply took away from the whole experience without enough significant gain.

The Range Rover Evoque faced more than its fair share of thinly veiled criticism when it was announced, possibly not helped by a certain Mrs Beckham. Two years on, we’ve got 24 hour production lines and worldwide popularity, and it’s not hard to see why. Who’s laughing now, eh?

For full details of the Evoque and any other Range Rover products, go to www.landrover.com

I'm Ben Harrington and I'm a car lover, freelance motoring journalist and family-man (I'll let you decide the order!) I started Driving Torque in 2010 to share my love of all things motoring with the wider world. Since then, … END_OF_DOCUMENT_TOKEN_TO_BE_REPLACED