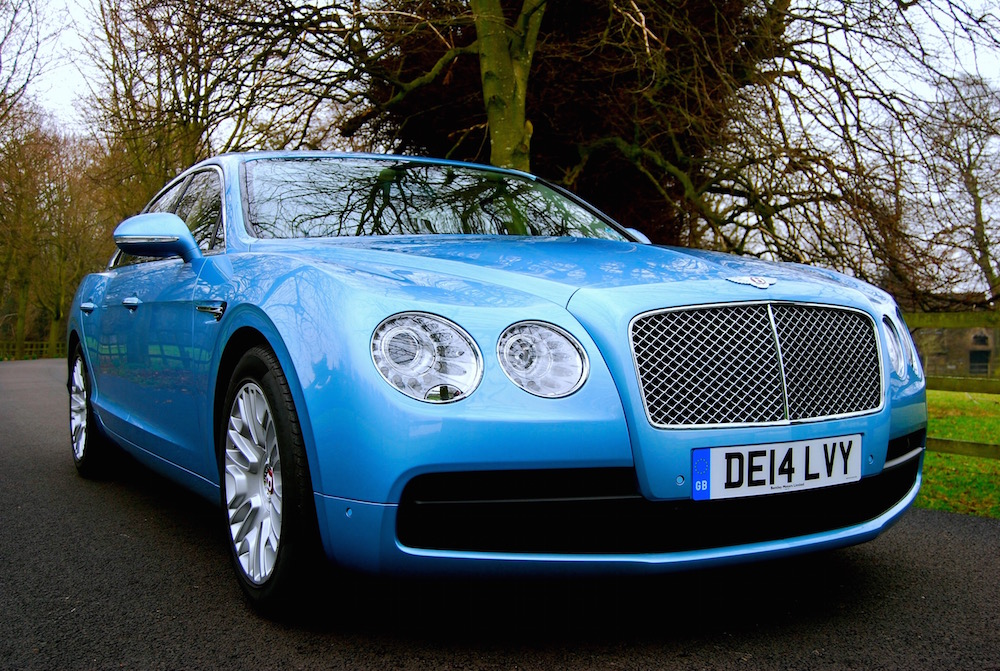 It comes to something when a luxury saloon with a list price starting at over £142K is the cheaper option from a particular marque. But then, Bentley are no ordinary marque, they never have been.

Following on from the GT’s astronomical success, making the elongated, 4 door Continental Flying Spur in 2006 was inevitable and it sold well globally. The Continental part of the Flying Spur’s name was dropped for the MkII model we have here, as was the strikingly similar looks; where the original was the coupe with a couple of extra entrances and a proper boot, this Spur is far more its own car. They still share a nose, but things are a lot more distinctive the further back you venture. 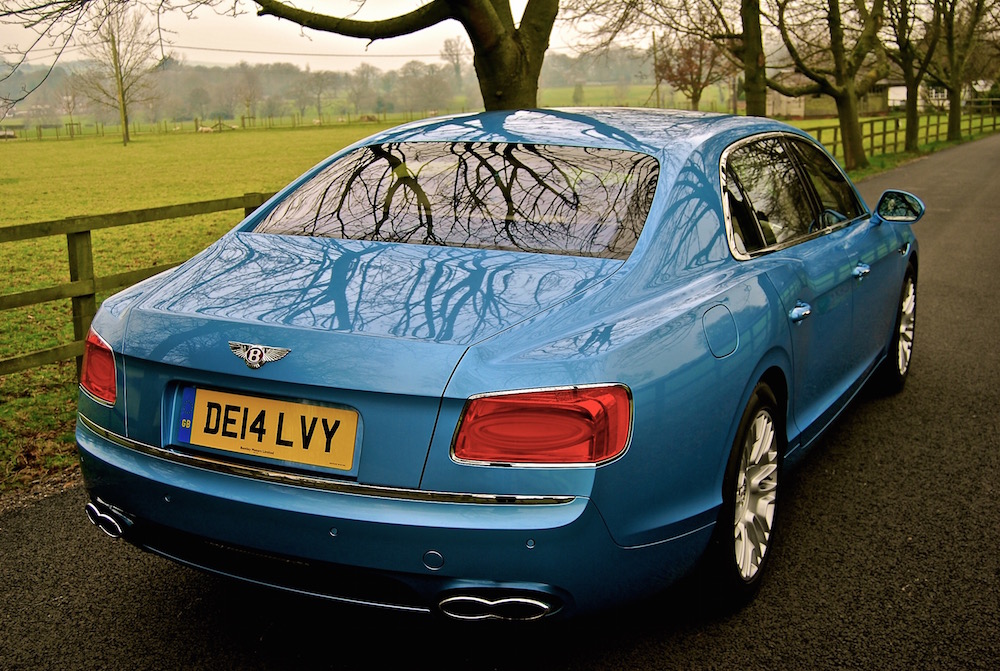 Gone is the slab-sided look of the original, in its place are some far more curvaceous flanks and a sloping boot that nearly follows the roof line, culminating in a very distinctive rear end that sets the Flying Spur apart from the rest of the Bentley range.

Inside, it’s the usual blend of high-grade leather and wood that anyone familiar with Bentley will be accustomed to. The extra length of the Flying Spur over the GT makes for limousine-esque leg room in the rear, without leaving its big brother – the Mulsanne looking somewhat redundant. The winged dashboard has found its way into countless Continentals and Spurs over the years, and I can’t help but think it’s showing its age now. A distinct lack of USB inputs isn’t acceptable, either; I know they’re distinctly un-Bentley, but if I was paying over £100K for a luxury car, I’d want somewhere to plug my phone in. And rest my cup, too, for that matter.

The supermarket car park may not be the natural hunting ground of the Flying Spur, but sometimes needs must. Should this ever occur, the smaller, more useable doors of the Spur when compared to the GT are an absolute godsend, making access far easier and avoiding any potentially embarrassing scrapes and dings with surrounding cars. 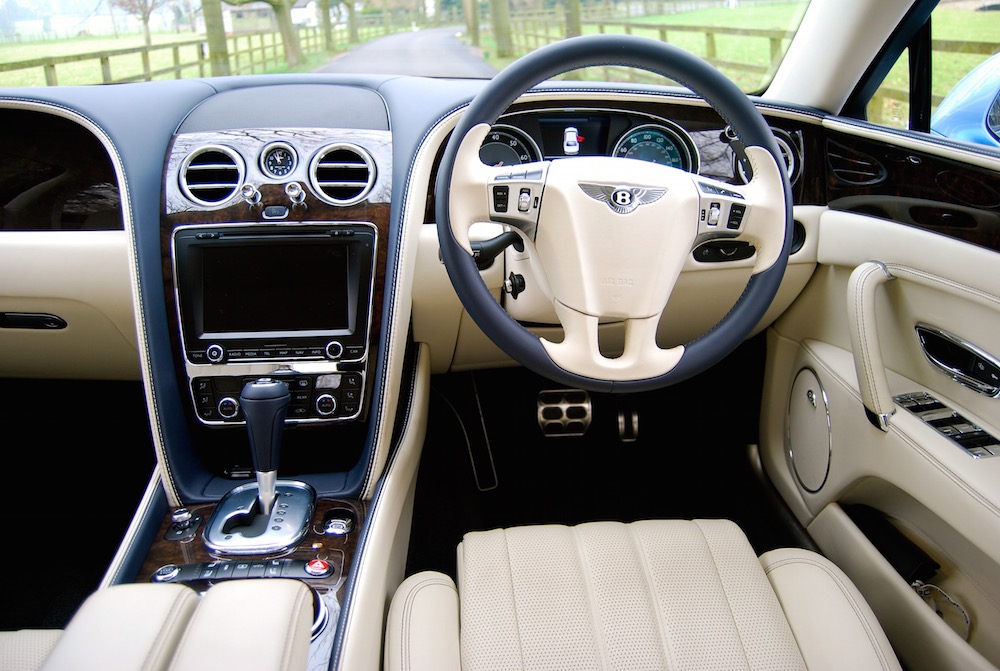 This Flying Spur is powered by the Audi-derived V8, making 500bhp and 660Nm torque. What this adds up to is 0-60 in 4.9s and 183mph and, as always with the range, all wheels are driven. Surreal performance figures for a 2.5 tonne car are only half the story though; yes there’s the compulsory Bentley opulence, wafting you along over silky-smooth roads that were previously scarred and battered, but Bentley are very keen to point out that with this more economical engine, the Flying Spur V8 could potentially achieve 500 miles on a single tank, whilst emitting a relatively healthy 254g/km Co2, compared to the W12’s 343g/km.

I managed a perfectly respectable 460 miles before the Flying Spur needed more juice, and whilst the majority of that was on the motorway, where half of the engine’s cylinder deactivate if they’re not required, there was plenty of B-road action and around-town crawling in the mix, too.

It’s not just the Flying Spur’s economy figures that impress on the motorway, though, it’s the way it makes every usually tedious mile an absolute pleasure; put the air suspension in comfort, sink into the sumptuous armchairs and even a journey of 200 miles+ is about as taxing as a trip to the cinema. The old cliché of a car making you feel ‘more relaxed at the end of a long drive than at the start‘ was surely coined for a four-door Bentley. 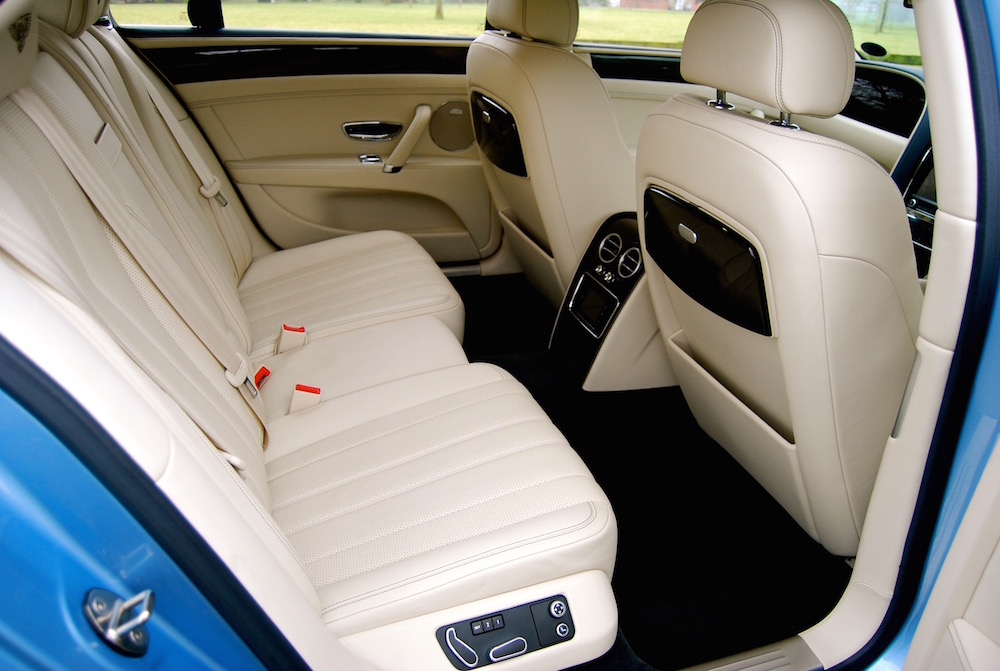 From the B-road to the Motorway

Of course, not many of us live on the motorway which means getting to and from the thing, usually via some more twisty bits of tarmac. For these situations, Bentley have very kindly fitted many of their cars with a sport setting on the suspension. To use another old cliché that the car seems to ‘shrink’ when negotiating country roads would be stretching the truth a tad, to be fair – its sheer size is always a factor and the air suspension has a tendency to crash around a bit over severely compromised surfaces, but when the ride is beefed up, there’s still a lot of fun to be had in the Flying Spur.

The ZF 8-speed ‘box is such a great piece of kit, and it always seems to react to changing situations in exactly the right manner, I’m just not sure why Bentley feel the need to provide gear-paddles in the Flying Spur. They’re positioned incorrectly – just where the indicator and wiper stalks should be, and I’d dare say that very few Flying Spur owners would be upset if they disappeared as, ultimately, the good-old gearstick can still be used for this purpose anyway. 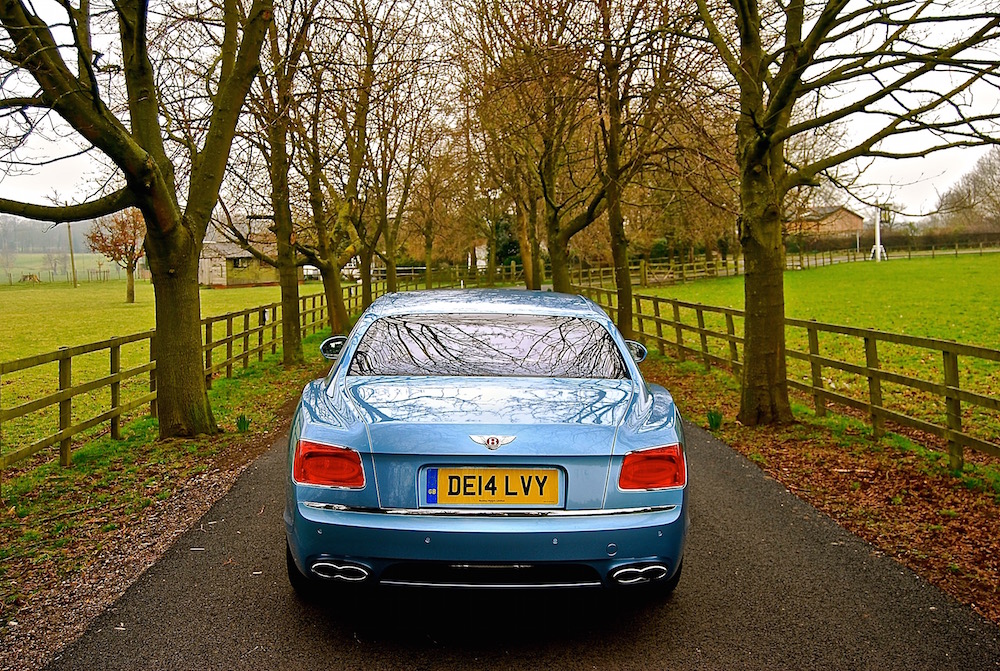 Should I buy a Bentley Flying Spur V8?

Where it once lived in the Continental GT’s shadow, the Flying Spur is now a model in its own right thanks to gaining a new rear end and losing the Continental tag. The V8 engine is intended to make Bentleys more accessible as it’s £10K cheaper than the W12, but its impressive performance, coupled with near-respectable economy should possibly make it the engine of choice in the Flying Spur. 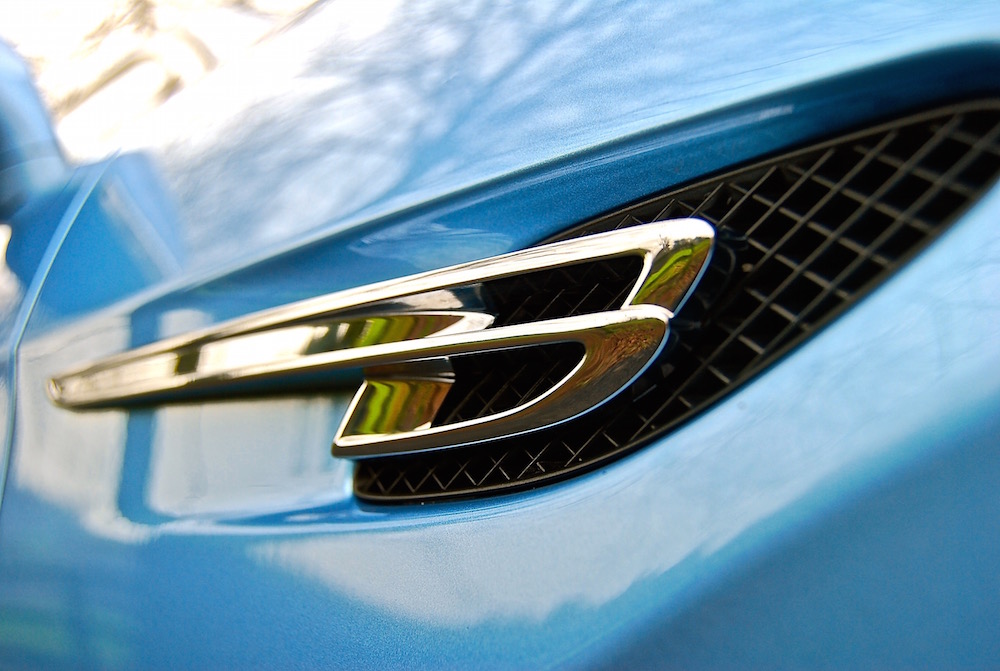 For full details, go to; www.bentleymotors.com

I'm Ben Harrington and I'm a car lover, freelance motoring journalist and family-man (I'll let you decide the order!) I started Driving Torque in 2010 to share my love of all things motoring with the wider world. Since then, … END_OF_DOCUMENT_TOKEN_TO_BE_REPLACED