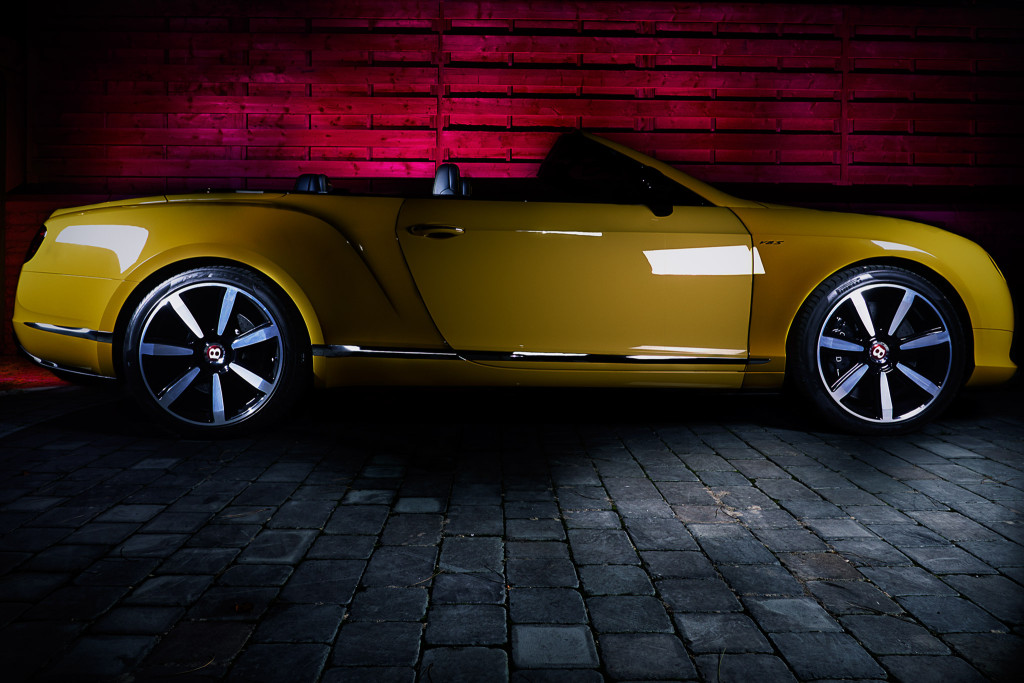 A 21bhp hike in a more ‘normal‘ car, say a Fiesta ST, would represent a decent dollop of a power increase that could potentially change the whole car exponentially. This isn’t a ‘normal‘ car though. This is the Bentley Continental GT V8 S – the more powerful version of the much-lauded V8 Continental Convertible that I heaped praise on earlier this year. The question is, then, just how much difference can 21bhp make to a car weighing over 2.5 tonnes that’s already stuffed full of 500 snorting thoroughbred  horses in, ahem, ‘standard’ guise?

Well, in pure performance terms, the straight answer is a drop of 0.2 seconds to 4.5s in the sprint to 60mph and a rise of 4mph to 191mph in terms of maximum, flat-out speed. The battle for extra speed against physics does get pretty ugly when you’re up in what is really super-car territory. But this wouldn’t be telling the whole story of the ‘S’ at all, oh no, there’s far more to it than that.

Looks wise, it’s not that dissimilar to the rest of the Bentley Continental GT range we’ve become so accustomed to these days. There’s the 8 shaped exhaust tips that are found on all Bentleys with this (co-produced with Audi) V8 under the bonnet. There are a few, purely cosmetic highlights on the ‘S’ that make it stand out from the V8, such as the gloss black door mirrors and brake calipers in bright red, unless of course you opt for the highly advisable carbon-ceramic brakes that our test car came with; they might be a touch pricey at over £10K, but they work beautifully and I’m delighted to confirm that they lose most of the squeakiness I’ve previously reported, once they bed in a bit. 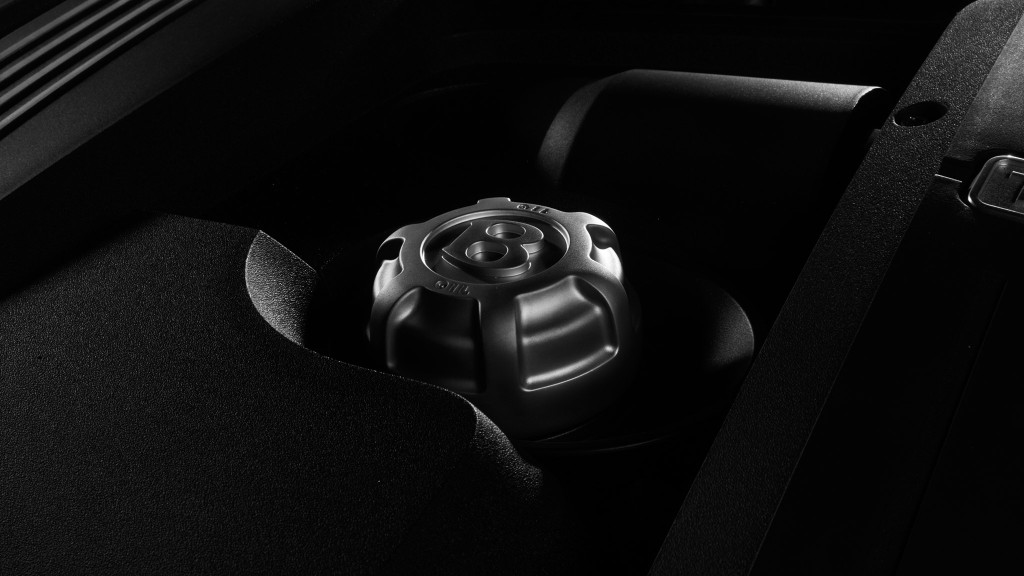 This is where the Bentley Continental GT V8 S really comes into its own though; any other changes over the V8, visual or not, are there to add to the whole driving experience, and you can really tell. There’s the new gloss black lower sections of bodywork such as the sills, front splitter and rear diffuser, coupled with a 10mm drop in ride height – these might enhance the look of the V8 S, but their real purpose is to aid handling and high-speed stability. On a completely invisible level, the suspension and steering have also been tweaked to make the GT more responsive. So, just what do all of these relatively little changes add up to, you ask? Well, the answer is – a hell of a lot……

At this point, those clever engineers at Bentley should give themselves a rather large pat on the back. They were given the task of stiffening up a car that wasn’t renowned for its jelly-like nature in the first place, whilst keeping a firm hold of that all-important Bentley ride quality, and they had to accommodate a power-hike – just to unsettle the car a touch more.

The result is a car that’s still very obviously not lacking in the size department, but that’s lost a lot of the slightly unnerving feeling you get when you try to throw a huge piece of metal (and leather, and walnut) around our weaving, typically British B-road system. The nose is far happier to change direction than any other Bentley I’ve driven and the ever-present 4WD system does its usual job of keeping the rear end from attempting to overtake the front. It’s almost as though the whole car’s been shrunk to fit more appropriately down our country roads, with none of that usual sensation of attempting to thread a Bentley-shaped camel through the eye of a needle. 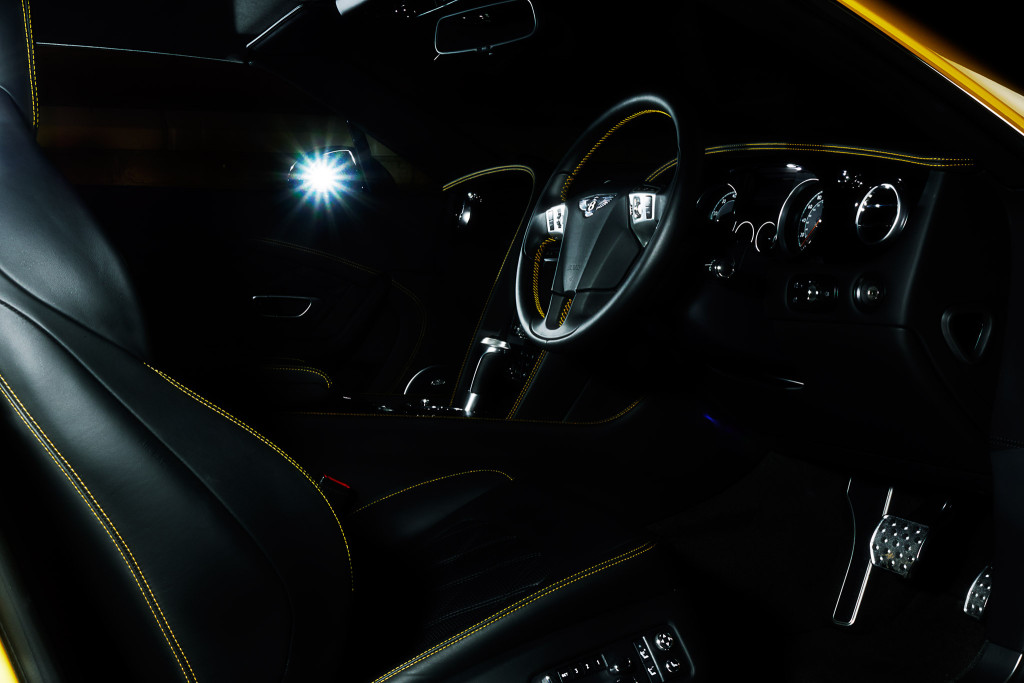 That said, it’s not perfect; the front wheels still have a tendency to wander slightly around high-speed bends, and if the dampers are left in their most rigid setting, certain bumps and potholes send something of a crash through the unforgiving 21” wheels, all the way up into the chassis, leaving a kind of scuttle-shake sensation in the steering wheel. The simple answer, of course, is to adjust the dampers to one of their other four settings and reserve super-stiff mode for those occasions when you may feel inclined to throw your £152K convertible around a race-track – in which case you hopefully wouldn’t have to contend with bumps and potholes anyway. I left my test car in the 3rd most rigid setup for 90% of the time, and I’m pretty sure that the levels of grip and responsiveness on offer will satisfy most.

Whichever Bentley Continental GT you’re lucky enough to find yourself piloting, the sheer performance is nothing short of breathtaking, and it’s no different in this Continental GT V8 S. Shift the consistently impressive 8 speed ZF ‘box into ‘S’ mode, and the slightest growth spurt of the nail on your right foot’s big toe will result in a kind of  ‘Millennium Falcon’ effect – trees and bushes become a blur and the horizon gets very close, very quickly. 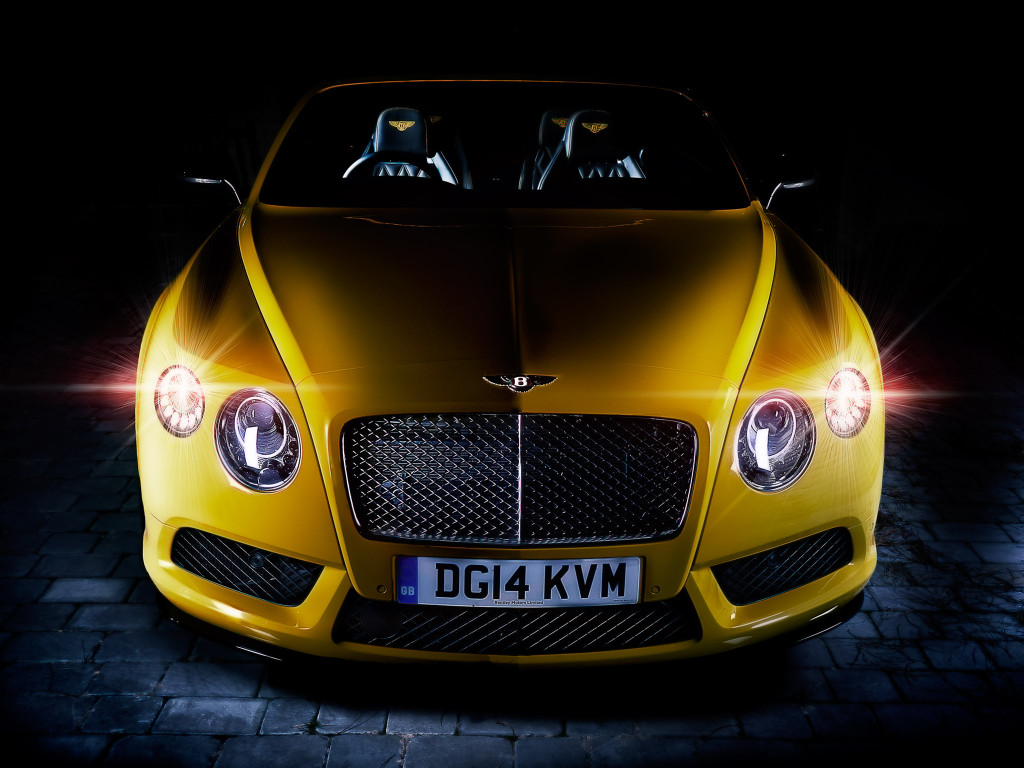 In fact, the only aspect of the Continental GT V8 S that trumps its performance is the cacophony of noise that accompanies it, especially if you opt for the sports exhaust, which could literally be the best £1,860 you ever spend. Ever wondered what it must feel like to run across the Serengeti Plains, whilst 5 feet behind you’re being chased by a particularly loud and hungry lion, who’s very keen to get to grips with his main course of raw human, once he’s emptied his mouth of the kilo of marshmallows he had for his entrée? If so, get yourself a Bentley Continental GT V8 S, put the roof down, and floor it – the way the wall of noise emanating from the rear end grows in volume and tone will send a shiver down your spine, plus you get the added bonus of not being gored to death by 250kg’s worth of Simba when you slow down.

The Continental may have been around for some time now, and a total revamp is probably not too far in the future. Bentley obviously aren’t quite done with this version yet though, and when they keep improving on the recipe, as they have done with the Continental GT V8 S, why fix something if it’s not broken?

For full details, go to: www.bentleymotors.com

I'm Ben Harrington and I'm a car lover, freelance motoring journalist and family-man (I'll let you decide the order!) I started Driving Torque in 2010 to share my love of all things motoring with the wider world. Since then, … END_OF_DOCUMENT_TOKEN_TO_BE_REPLACED

What do you do when you own two VW vans? Why, you

Managed to get a first drive of the Hyundai i20N a

We’ve spent the last week in the company of the

Visited Glamis Castle today in the @mazdaukpr CX30. A lovely drive North that was made even better by the Mazda’s comfort and ride. 50+ MPG, too. A perfect day.

The new Range Rover Sport has been unveiled.

All you need to know: