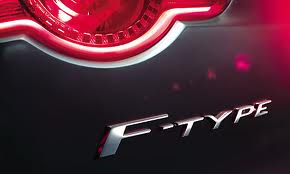 A close up snapshot of the upcoming Jaguar F-Type

For a city with a reputation for nose-to-tail gridlocked traffic, the New York 2012 Motorshow has yet again given us some interesting focal points, not least of which are the Land Rover DC100 and the Jaguar F-Type – undoubtedly the highlight of the show. The attention lavished on both of these cars confirmed something for me that I’ve suspected has been emerging of late, British automobilia is once again leading the way in the ‘cool’ stakes. For a while I feared that I was allowing myself to be swept away on the wave of hype surrounding the Olympics and the Jubilee but now I’m not so sure. Think about it, Bentley and Rolls-Royce can’t produce cars quickly enough, especially to satisfy the demand in the cash-rich Asian and Middle-Eastern markets. Jaguar and Land Rover have well and truly disposed of their stuffy, tweed jacket images and seemingly have the Midas touch with every new model they conjure up and Aston Martin are regular victors of the coolest brand in Britain competition – that’s not just automotive brands by the way, it’s every brand on the planet! 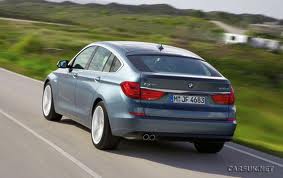 Contrarily and for the first time that I can remember, the previously untouchable über-cool German marques look a bit lost. Their pedestal looks shaky at best and they appear to have resorted to attention grabbing party tricks in an attempt to regain some of the limelight. Top of this list of tricks is undoubtedly the ‘now you see it, now you don’t’ niche market trick. BMW and Porsche seem to have followed Mercedes down this well trodden path, apparently working on the theory that if you make enough variations on a model, there must be one to suit every need.

Now I know what you’re thinking, the only reason that many British car brands still exist is due to massive inputs from across the globe, even Germany and you’d be right. It took our friends from the Fatherland to show us how to build Rollers and Bentleys properly but they seem to have been so preoccupied with rebuilding our houses, their own have been sorely neglected. The same can hardly be said of Jaguar Land Rover‘s new owners though can it? Their owners –  Tata  seem to have revolutionised the management procedures of the company but left the important bits like how the cars look and feel up to us Brits. 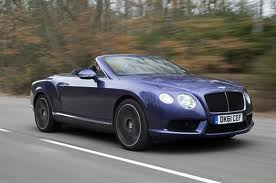 The USP of the German marques for years was, of course their build quality and I’m not saying for a minute that they’ve forgotten which end of a screwdriver is which but it was somehow inevitable that, given enough time, money and help from VW and BMW we were going to catch on eventually. The problem the likes of Audi have now is that their USP is no longer unique and, worse still, the lowly British brands that they used to deride have re-discovered their USP in abundance. Amongst other things, its called style; it simply oozes from every pore of the current crop of British marques. From Astons to Range Rovers, from their interiors to their wheel nuts, British cars have once again got that certain something that makes them stand out from the crowd and the Germans seem to be floundering in their attempts to recreate it.

Unfortunately, one plucky Brit appears to be stuck in the stalls and that’s Lotus. It’s still early days in their master- plan and I really hope that everything comes into fruition but as it stands, they’re really lagging behind the competition. They undoubtedly make some of the best driver’s cars on the road but in these days of frugality, that simply isn’t enough. When people spend tens of thousands of pounds on top-quality items, they demand just that – quality, a car must not only get them from A-B in style but be able to recreate that feat on a daily basis. Without some serious re-jigging of their priorities, Lotus will continue to be a flashback to the days of British car manufacturing when the notion of quality-control was a mere pipe dream.

I'm Ben Harrington and I'm a car lover, freelance motoring journalist and family-man (I'll let you decide the order!) I started Driving Torque in 2010 to share my love of all things motoring with the wider world. Since then, … END_OF_DOCUMENT_TOKEN_TO_BE_REPLACED