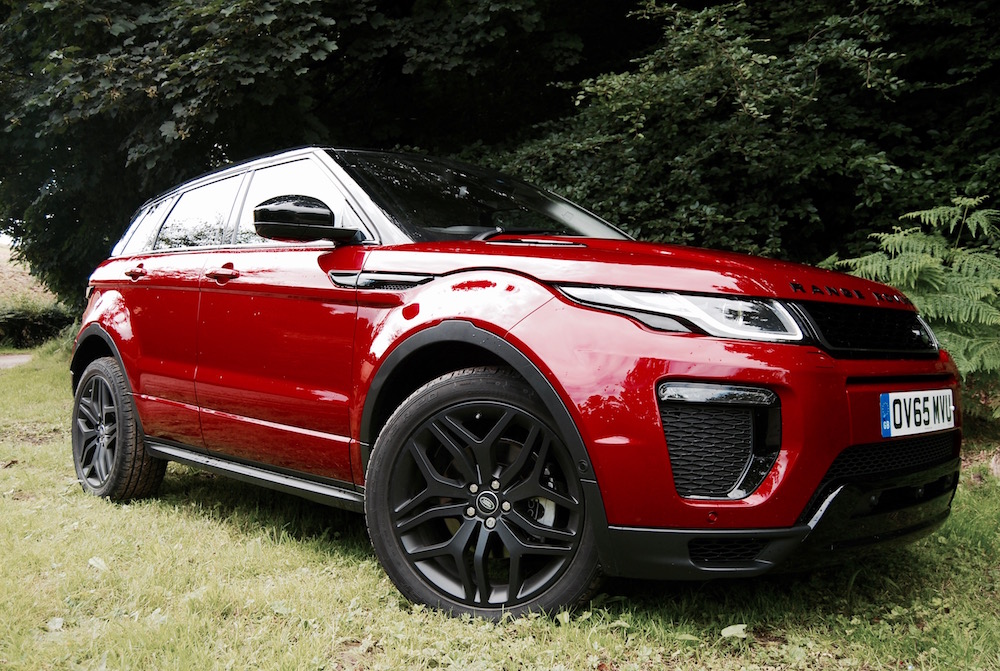 After a nigh-on unbelievable six years in the same outfit, it was only fitting that the most petite Range Rover – the Evoque was treated to a new look.

The overhaul isn’t dramatic, granted, but a new set of striking LED head and tail-lights keep the Evoque up to date with the ever-increasing competition. The front bumper also sports a far larger pair of air intakes which, although completely useless, do more than the new illumination to improve the Evoque’s road presence and add to its air of aggression.

At the rear there’s a new splitter under the bumper. Again, it serves very little purpose but it looks ok, just don’t peer too close as the exhaust portals are flimsy and not really in-keeping with a Range Rover’s chunky persona. 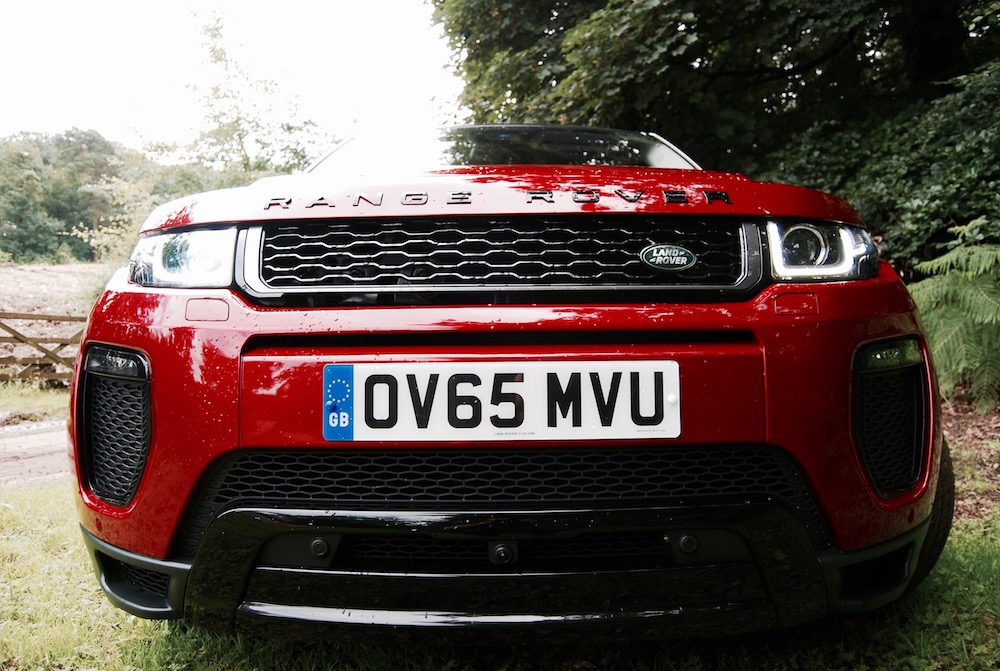 We all know how important it is to hold onto one’s individuality even if the school car park is awash with Evoques, but with more colours and wheels to choose from than ever, it shouldn’t prove overly taxing to make yours stand out from the crowd.

Take our ‘Firenze Red’ Evoque, for example; with contrasting black roof and 20” wheels, it’s dramatic without being too much. The twin ‘shark-fin’ aerials, mounted to our ‘Dynamic-Lux’ specced Evoque’s roof spoiler are just so cool. 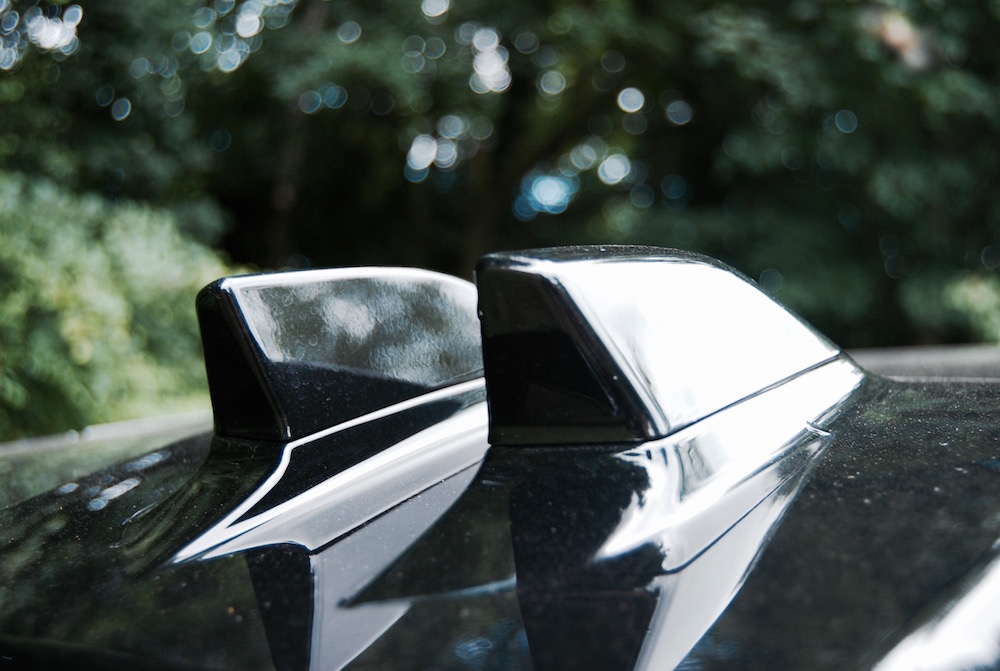 The interior’s had a refresh, too. The faux-jewelled dials are gone, which I think’s something of a shame to be honest, but in their place are a far more masculine, grown-up set.

Gone too is the god-awful infotainment system, but don’t go expecting the much improved, full-fat unit that’s in the Jaguar XE etc. It’s best looked upon as a half-way-house system that’s far quicker to react than before but it continues to be too simple and grainy for a Range Rover. One can still watch TV from the passenger seat whilst the driver glances at his sat-nav on the same screen, though; a trick that continues to blow me away.

The most dramatic element of the Evoque’s facelift is actually found under the skin in the shape of JLR’s excellent Ingenium engines.

It wasn’t just a case of lift out of XE, drop into Evoque, though, far more work’s gone into it than that. You see, the Evoque uses a transverse only layout for its engines and, being a ‘proper’ 4×4, it also needed a fair amount of fettling to achieve a 50cm wading depth and required approach and departure angles, without the whole thing coming unstuck.

What this equates to is an engine with 20% new components. I appreciate it’s stating the obvious, but a fifth of this Evoque’s engine is original. That’s just how much value JLR place on their impressive Ingenium engines. 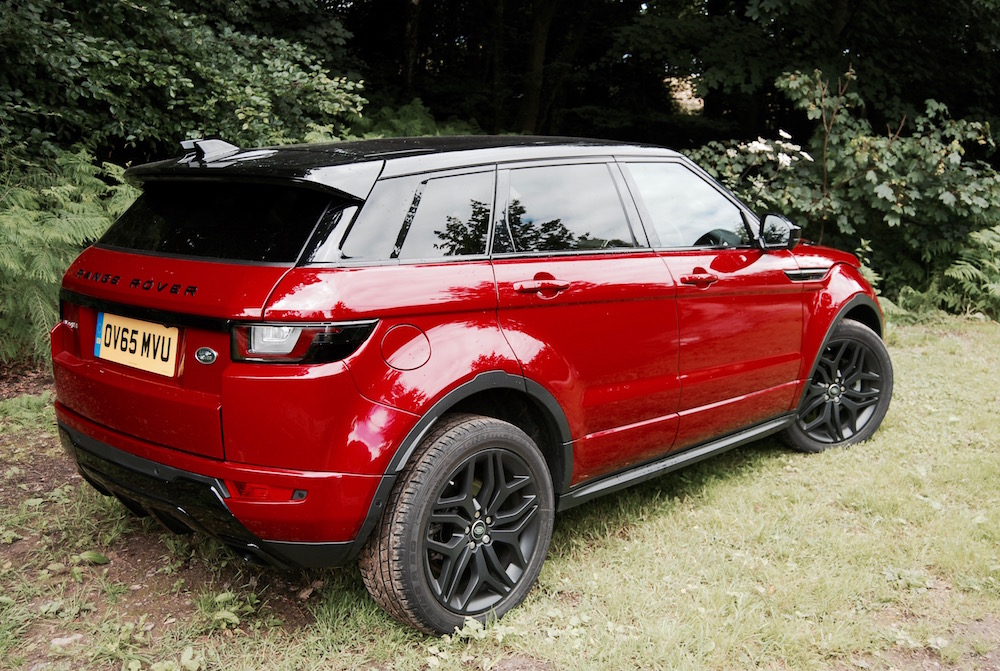 In real terms, Land Rover can now label their new, manual Evoque with its 148 bhp Ingenium engine as the most efficient Land Rover ever, returning 68mpg and emitting just 109g/km CO2.

What we have here, though, is the same engine, but pushing out 180bhp and mated to the always-impressive 9 speed ZF automatic ‘box. What it loses in economy and emissions (55mpg & 134g/km) it more than makes up for in performance, getting the fairly hefty Evoque to 62mph in 8.5s, whilst being sharper on turn-ins thanks to a lighter front-end.

The Ingenium engines are far more refined than the previous diesel units, too; it’s not only quieter but less likely to vibrate, too, making the whole experience far more serene. 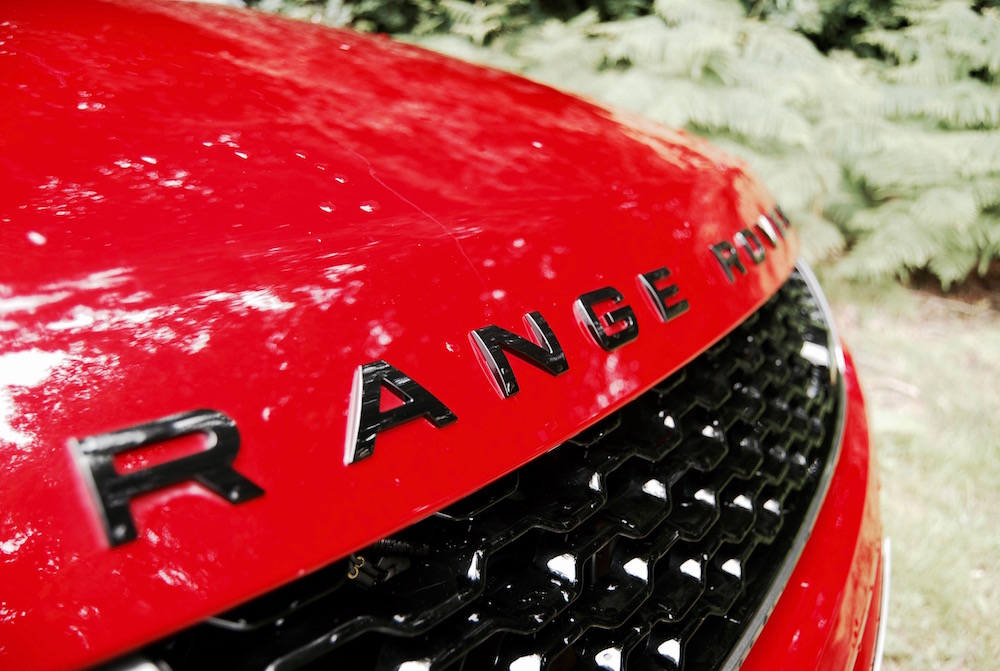 Improvements to the 2016 Evoque aside, it should be reiterated to anyone new to the model what, to me, is its best trick, and that’s just how much space there is inside. I still sit behind the driver’s seat – left in my own driving position – and wonder at just how much leg and headroom there is.

It may be six-years old, but the after this revamp, and the introduction of the convertible model that we’ll be testing later, the Evoque is still the poshest small SUV available today.

The 2016 Range Rover Evoque is available now. For full details go to; www.landrover.co.uk

I'm Ben Harrington and I'm a car lover, freelance motoring journalist and family-man (I'll let you decide the order!) I started Driving Torque in 2010 to share my love of all things motoring with the wider world. Since then, … END_OF_DOCUMENT_TOKEN_TO_BE_REPLACED