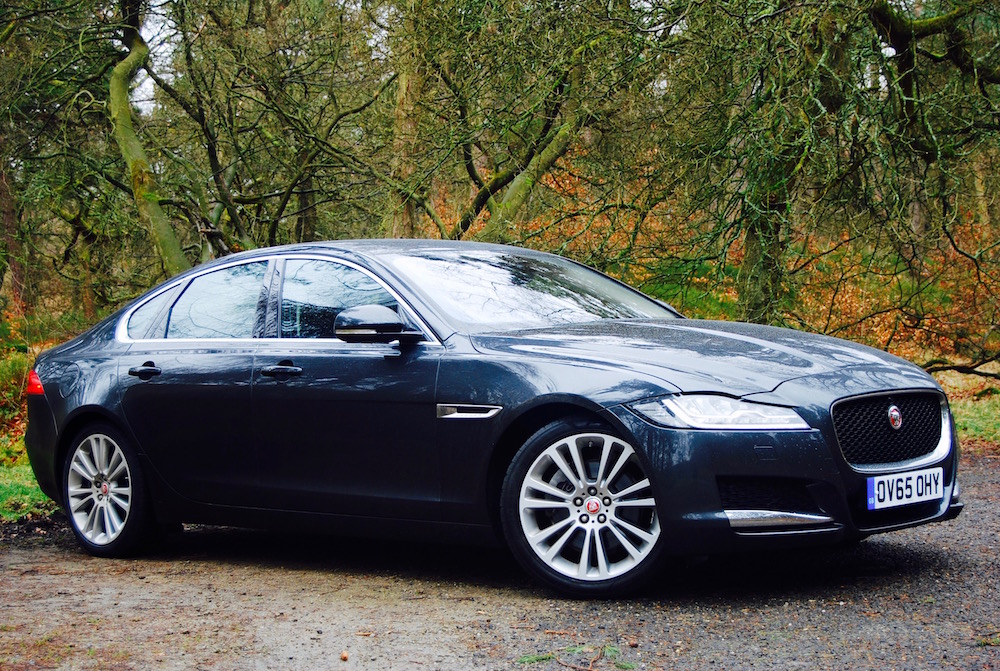 Launched in 2008, the Jaguar XF was the marque’s first model to be put to market whilst under the ownership of Indian mega-firm, Tata.

The overwhelmingly well received XF was overdue a revamp, then – despite a mid-life facelift in 2011, and this is it; the All New Jaguar XF. 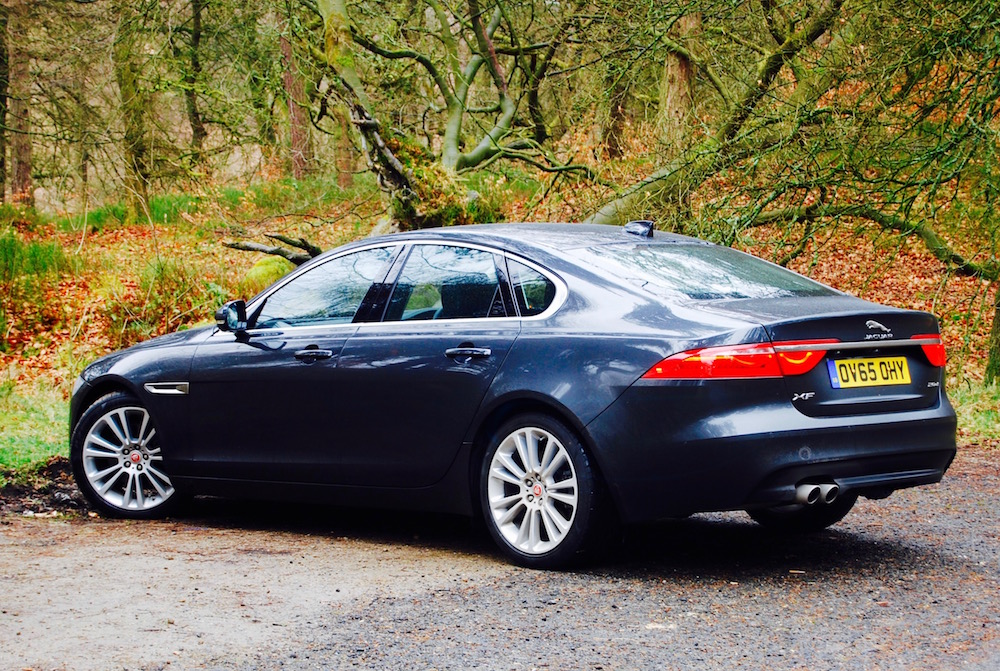 Jaguar have pulled off the clever trick of making the new car appear to have grown, when in fact its overall length has been chopped by 7mm. This illusion is in-no-small-part thanks to the car’s wheelbase which has been extended by 51mm; on a practical level this has increased rear-seat leg room, on an aesthetic level the result is that the XF’s form now suggests mini-XJ, conveniently leaving room for the more compact XE.

The XF’s not been subjected to a complete change in direction and the best bits of the original XF are still recognisable in this new model. But where the predecessor’s silhouette could appear dumpy from certain angles and even a tad uninspiring, especially on more base-spec cars, this new XF is sleeker, more determined looking thanks to increased glasshousing in the c-pillars and a minuscule drop in ride height (3mm).

It’s at the rear of the XF where things have been most improved. F-Type inspired quad LED tail lights, a set of shiny twin exhausts and a cheeky, integrated boot-lid lip all mean that even the most standard XF will stand out amongst a crowd of its executive saloon peers. 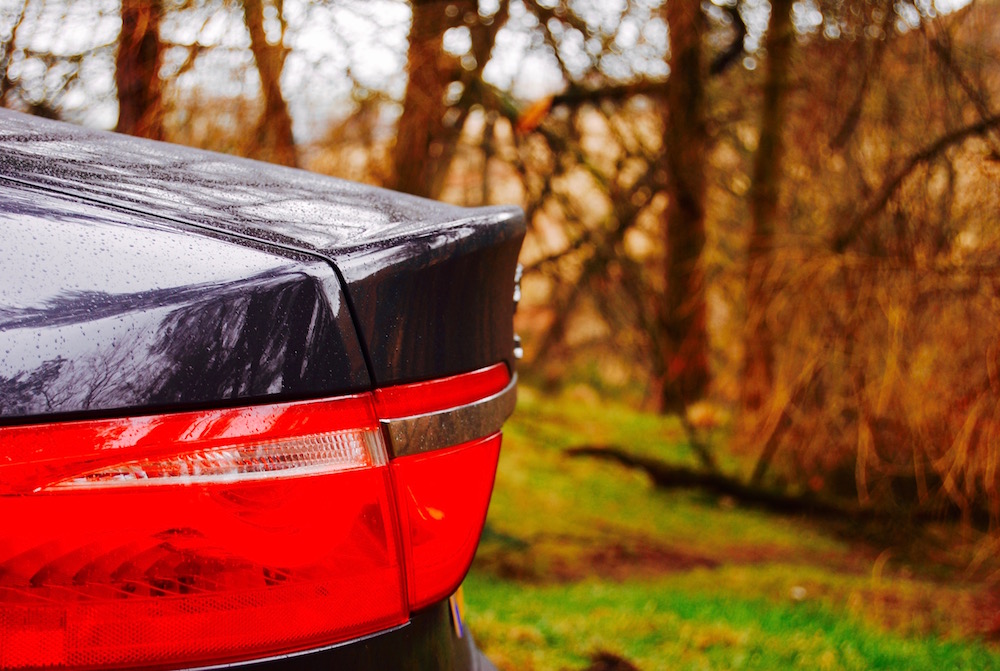 Whilst the new XF is shorter than the outgoing model, it only loses the equivalent of the depth of an iPhone 6. Through Jaguar’s continued use of aluminium being extended to include the previously steel XF, it’s able to lose up to 190kg over the original car in the case of AWD XFs, or roughly half that in RWD models such as this one.

Coupled with a healthy increase in torsional rigidity (28%) and a near 50;50 balance, what this weight loss equates to in real terms is a large, comfortable saloon that’ll change direction at the drop of a hat with none of that nose-heavy reluctance one might expect. It’s surely no accident that you can’t fail to notice the XF bonnet’s ‘power bulge’ from the driver’s seat either, reinforcing the feeling that even a relatively ‘normal’ diesel saloon can provide some proper fun. 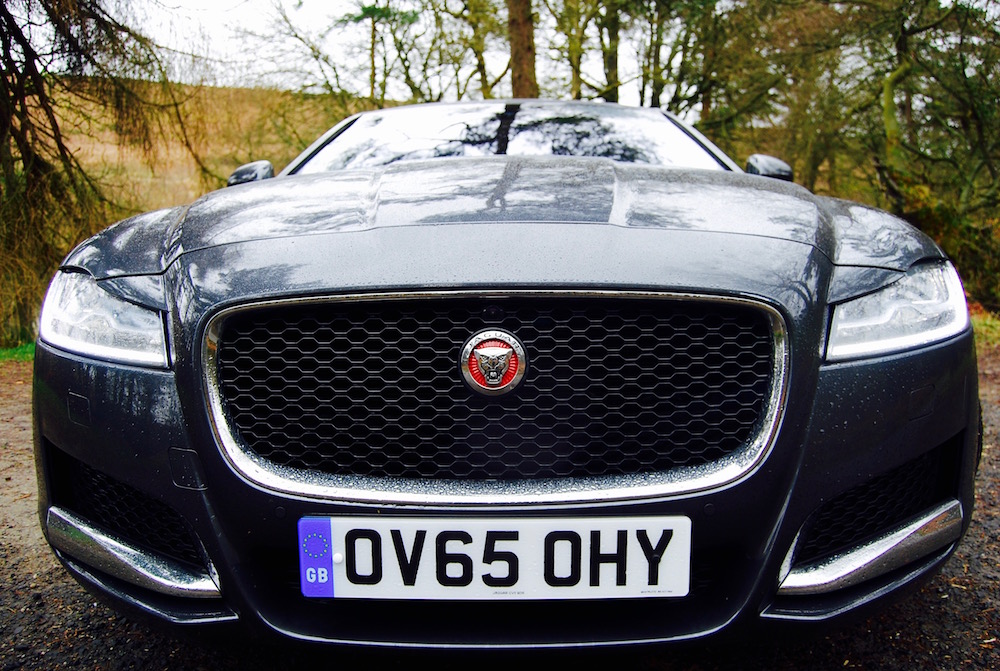 Speed-sensitive steering is hardly de rigeur these days, but that doesn’t mean everyone gets it right. Jaguar have though; the way the XF’s intelligent system adjusts to its environment is not far from perfect, communicating what’s occurring between tyre and tarmac through the steering wheel with little interference.

There is a little chequered flag button, as is the norm with Jaguar Land Rover products these days, and it activates ‘dynamic’ mode. Put this to use and everything stiffens up and reacts to inputs more promptly. If you really can’t resist the urge, I’d just use it with discretion, as what you gain in feel, you may also lose in ride quality. In dynamic mode, what’s previously a near-perfect combination of comfort and agility can get flustered over broken surfaces. 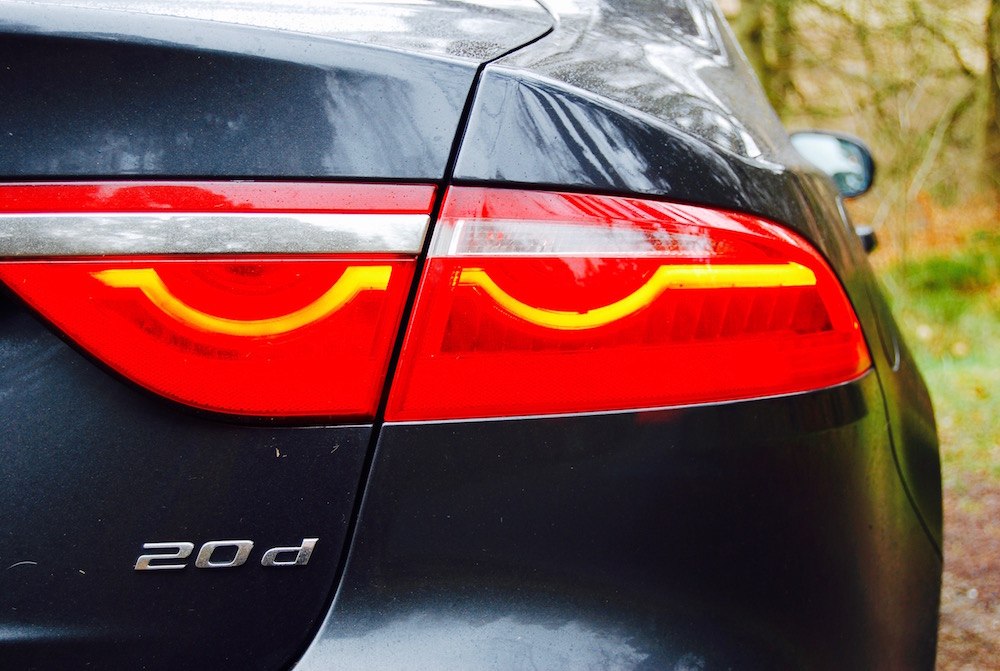 One setting I’d wholeheartedly recommend making use of, though, is the 8-speed ZF ‘box’s sport mode. Whilst the 4-cylinder, 178bhp diesel engine found in our test car may not be the most exciting on paper, this excellent automatic gearbox is so beautifully set-up that it lifts the whole car beyond the sum of its powertrain.

Think you’d feel a bit daft using paddle shift on a diesel executive saloon? Don’t get me wrong, it’s no lighting-fast Porsche PDK system, but trust me; as you’re working your way up and down the gears with each shift being relayed to the driver via a gentle nudge, you’ll feel like you’re piloting a car made to be driven and enjoyed. 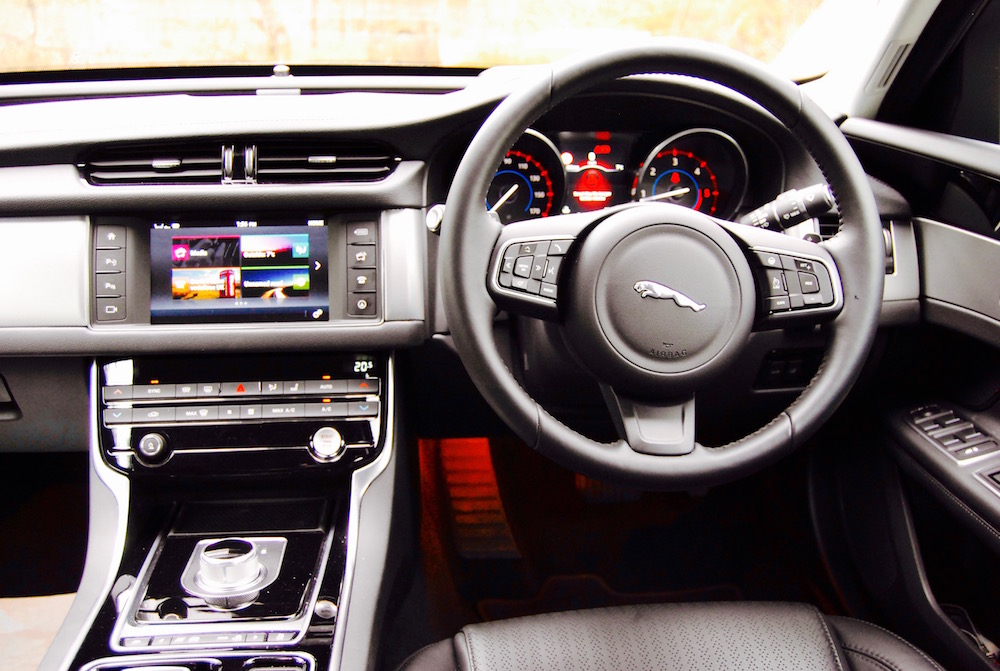 The Jaguar XF is available now. For full details, go to: www.jaguar.co.uk

I'm Ben Harrington and I'm a car lover, freelance motoring journalist and family-man (I'll let you decide the order!) I started Driving Torque in 2010 to share my love of all things motoring with the wider world. Since then, … END_OF_DOCUMENT_TOKEN_TO_BE_REPLACED