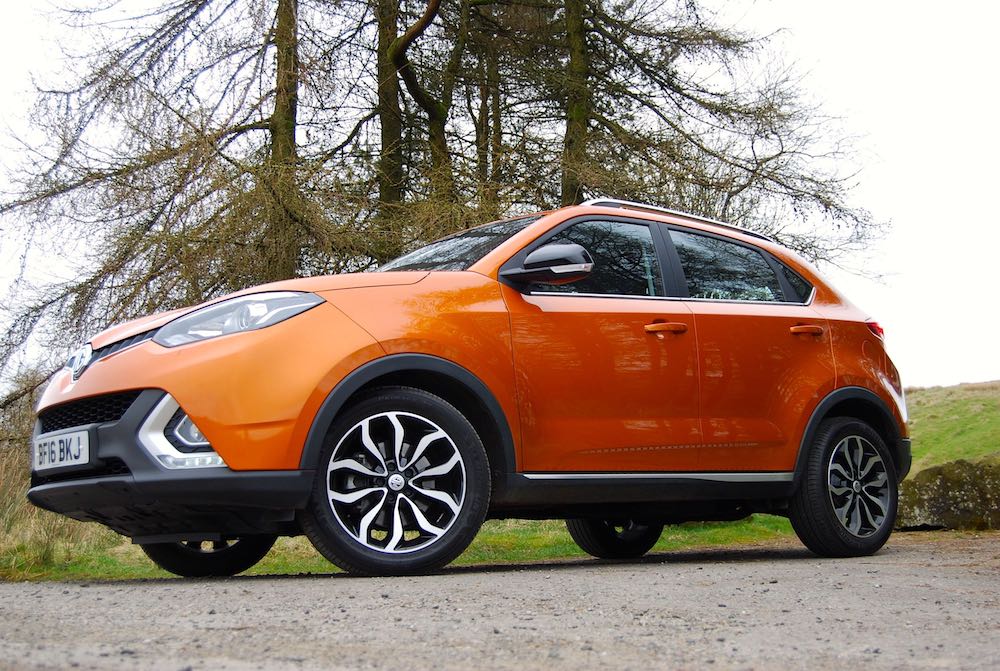 Literally a matter of hours ago, MG has confirmed that their Tesla-rivalling E-Motion concept has been given the green light for production. This means that for the first time since the TF was axed in 2005, renowned sports car manufacturer – MG could soon have an actual sports car in their lineup.

Until then, the range is limited to the MG3 that we found very favourable, (read the review here) and what we have here –  their entry into the SUV market; the GS. In case you were wondering, the MG6 was withdrawn from sale in the UK in 2016. 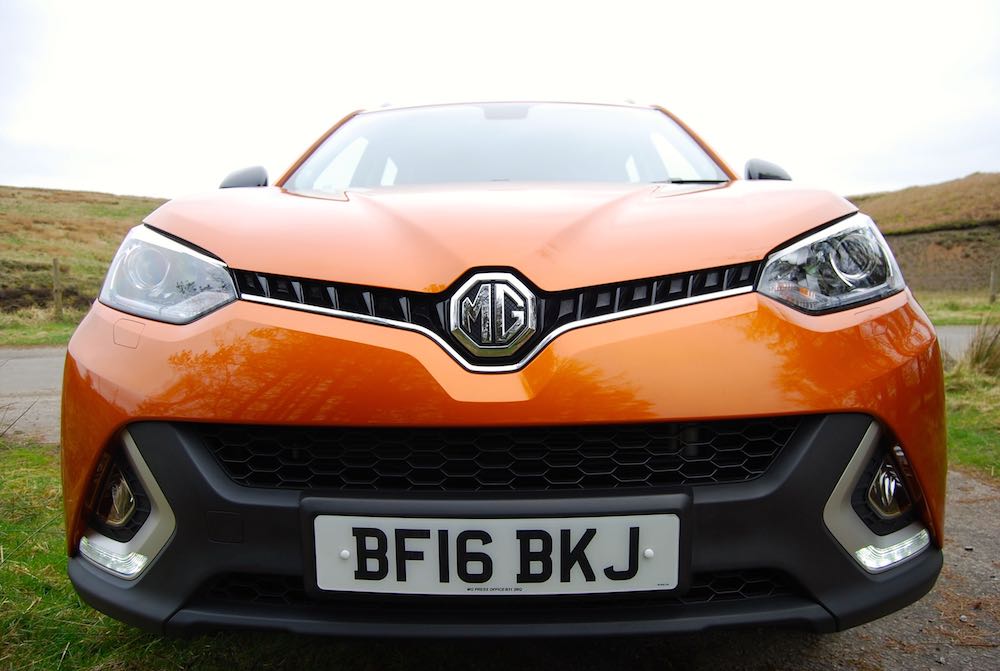 From the front it’s very much a modern-day MG, having adopted the V-shaped grille from the 3. There’s a bonnet-bulge which follows that famous octagonal MG badge like a cape, flanked on either side by raised shoulders. Glasshousing is kept sleek and minimal by a rising beltline for that more desirable look. 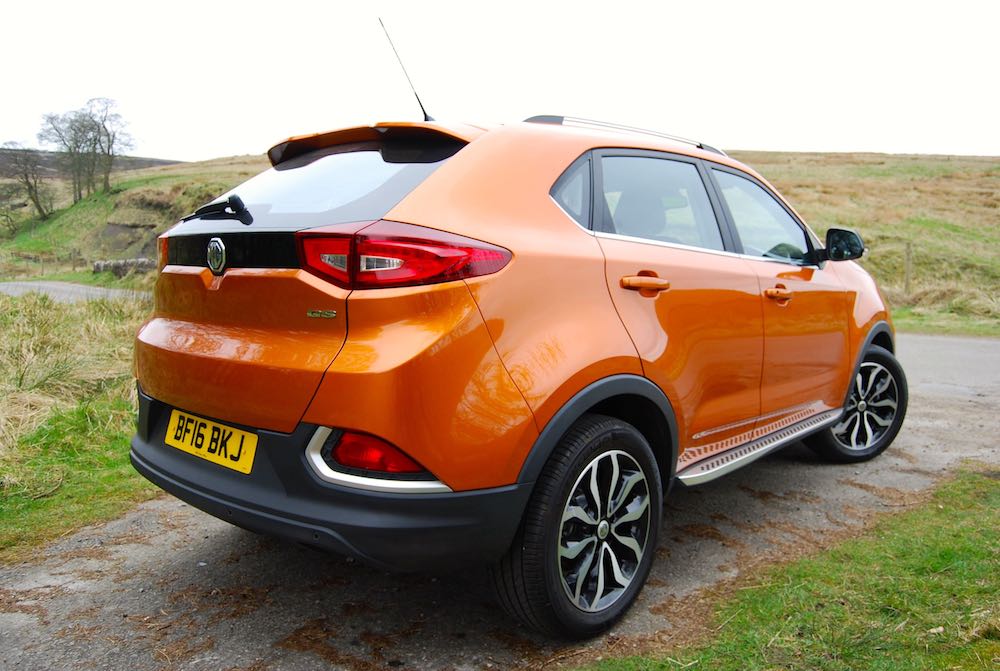 It all gets just a little lost at the rear, though. The beltline continues to rise, following the top of the rear lights. This means that the rear window is really very small and because of this, the boot panel is a large, rather awkward slab of metal. 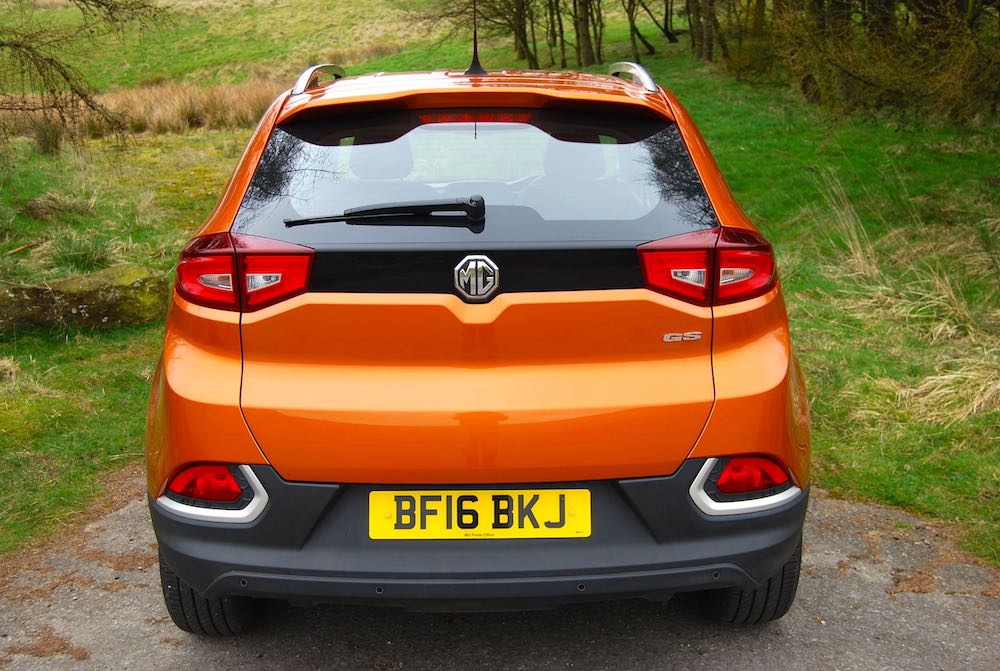 The GS comes in three specs; Explore, Excite and Exclusive, with prices starting at just over £15k. This is the range-topping Exclusive model and, despite its leather interior, the budget nature of the GS shines through.

The central console is laid out in a similar, mobile-phone like fashion to recent Fords, so it looks pretty enough. Press a few buttons, pull a few switches, though, and it all feels rather cheap. The most tactile element – the steering wheel also lacks quality; surely some soft-touch plastics are a no-brainer here? 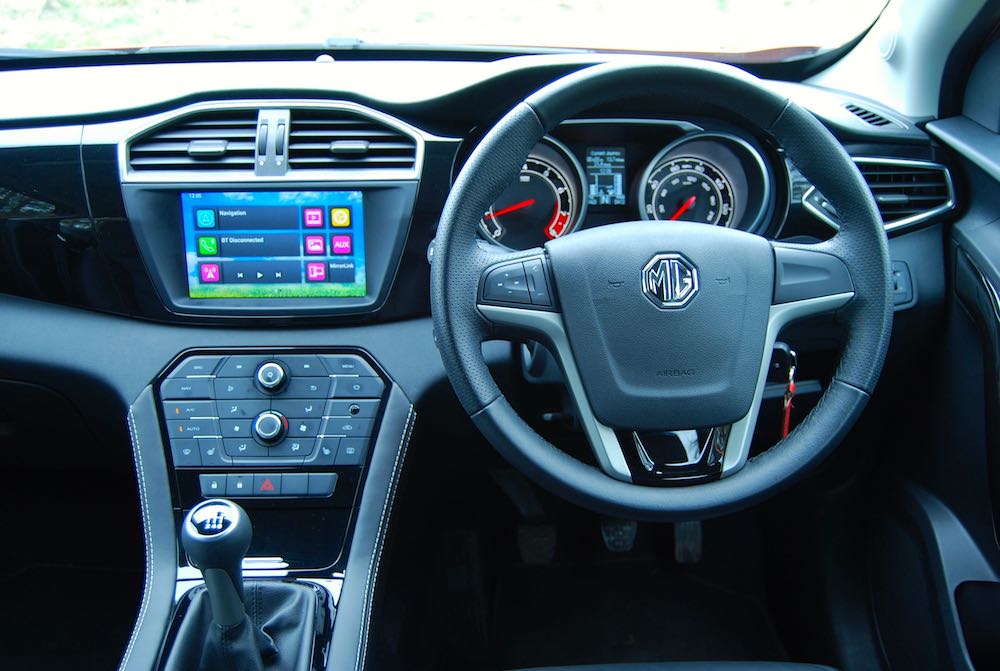 There’s plenty of room inside the MG GS, with 5 adults fitting in very comfortably. Getting in and out isn’t the easiest, though, due to some unhelpfully shaped doors. At 483 litres the available bootspace is also generous, but again, the opening isn’t a great shape and the boot floor is impeded by the rear wheel arches. 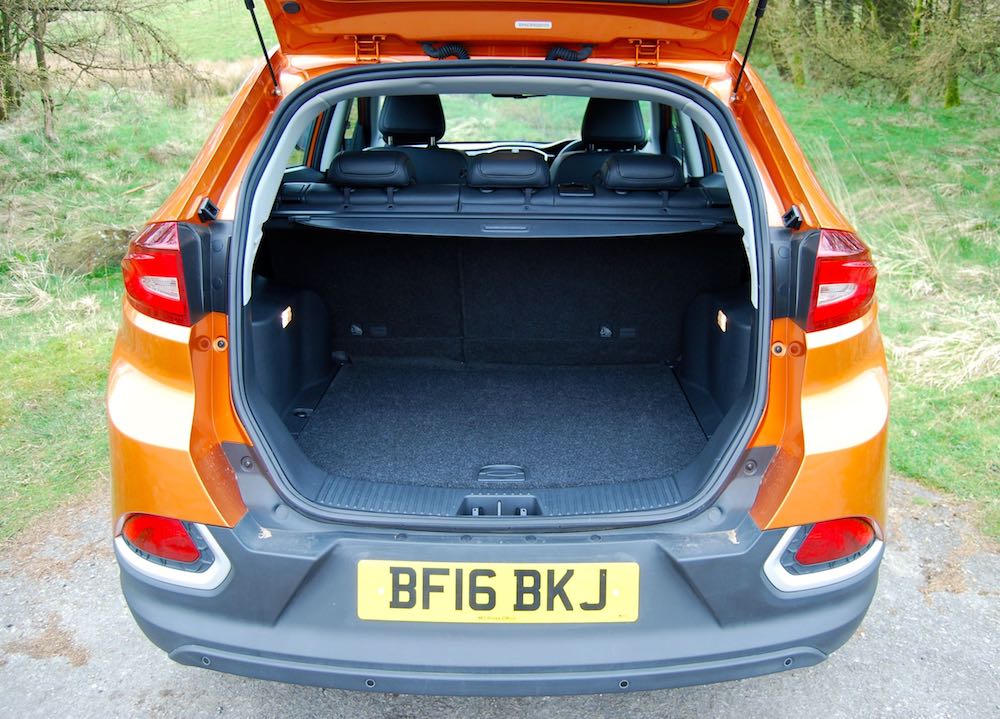 As you’d expect in an SUV, visibility is good. The only hinderance is that small rear window but MG has provided a rear camera to help with reversing on all but the lowest-spec GS’. 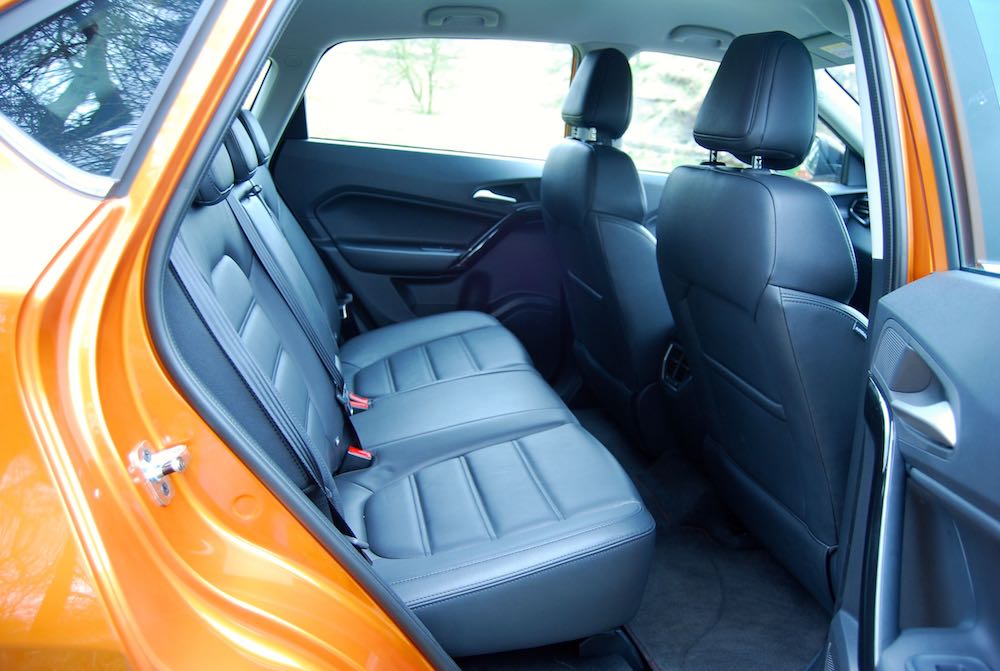 Whichever GS you go for, there’s currently one engine to choose from; a 1.5l turbo charged petrol unit producing 164bhp & 250Nm torque. Obviously this means there’s no diesel option, so at least emissions shouldn’t be a concern. There is a choice of transmissions; a 6-speed manual ‘box or 7-speed DCT.

With the manual ‘box fitted, our test GS can get from 0-60mph in a very respectable 9.6s, whilst returning a claimed 46.3mpg combined and emitting 139g/km CO2. So it’s fairly clean, quiet on tickover and spritely enough, but it’s by no means the most civilised engine in the world. The turbo is in no rush to spool and when it does, the power is delivered in one almighty lump. 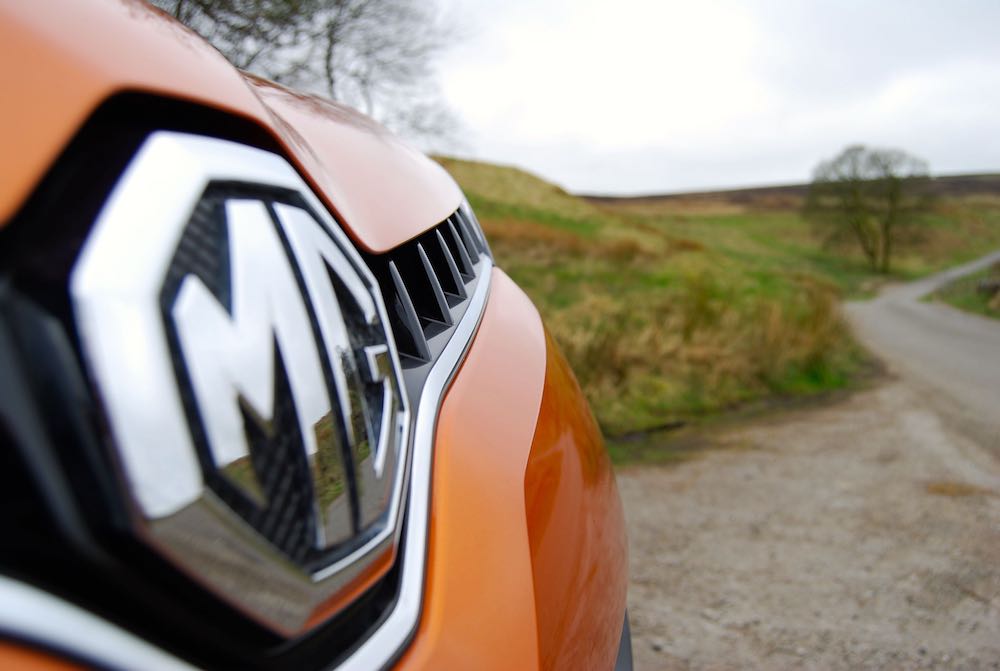 MG may be owned by Chinese firm SAIC, but all UK cars are setup here in Blighty. This is a good thing as it means they’re able to handle our little, twisty roads. The GS is no different and if you push it, it will corner well, despite being available as front-wheel-drive only. It’s just a shame that the rewarding driving experience from the MG3 hasn’t been carried over as there’s precisely zero feel through the over-assisted electrical power steering.

So it handles ok and and bumps and road-scars are soaked up well. You can’t have your cake and eat it, though, and that compliant suspension dives and wallows around sharp bends and under harsh braking. Another issue is the size of the GS’ turning circle; at 11.8m it’s a full 110cm larger than a Qashqai, and it shows. 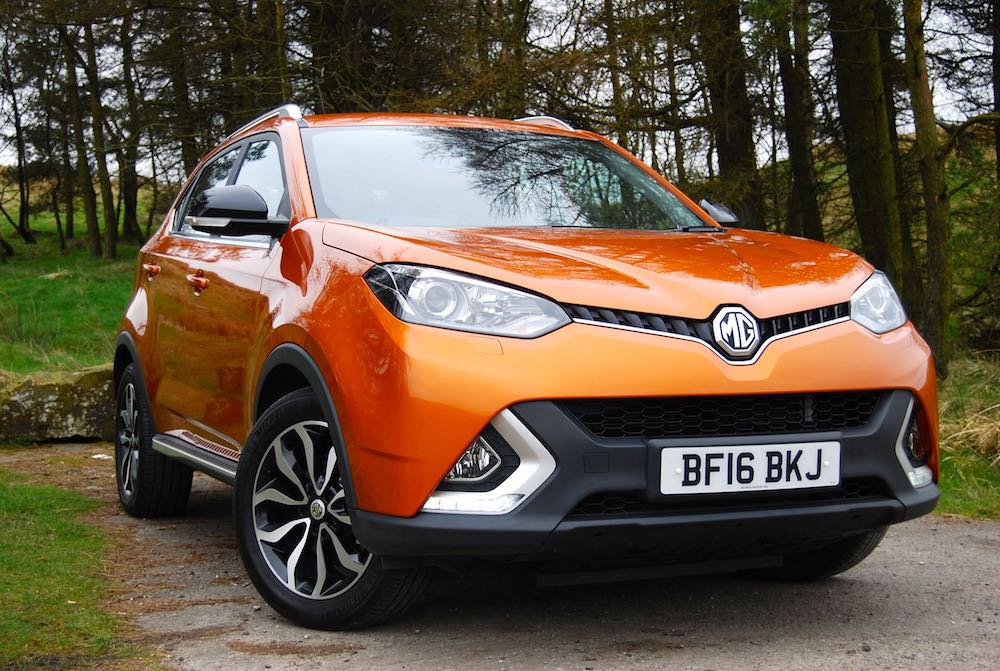 The important thing to remember with the MG GS is that it’s available from just £15,095 – that’s nearly 4k less than the cheapest Nissan Qashqai. At over £20k with options, this Exclusive model just doesn’t have to quality or choice to compete. But if you’re after a roomy, practical, value-for-money SUV, the lower spec MG GS could be for you.

For full details, go to: www.mg.co.uk

I'm Ben Harrington and I'm a car lover, freelance motoring journalist and family-man (I'll let you decide the order!) I started Driving Torque in 2010 to share my love of all things motoring with the wider world. Since then, … END_OF_DOCUMENT_TOKEN_TO_BE_REPLACED