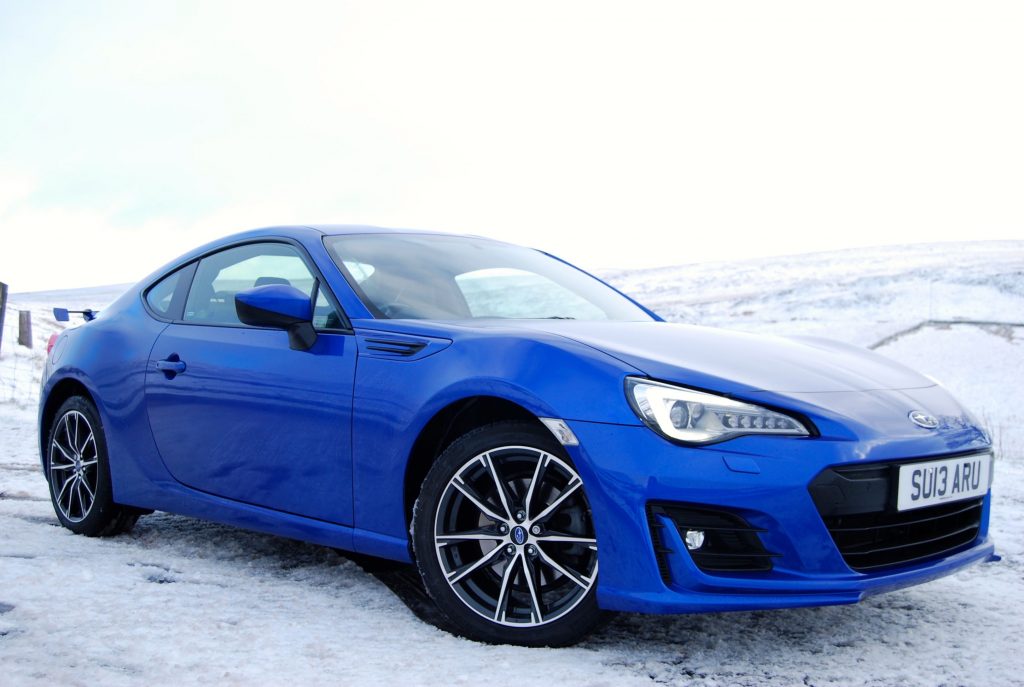 The Subaru BRZ (Boxer engine, Rear wheel drive, Zenith) has been with us for over six years now, so it was due an update. A smaller dealer network, less attractive warranty and something of an advertising blunder has meant its Toyota twin (GT86) has outsold the BRZ by somewhere around 5-1. Truth be known, though, it’s the Subaru that’s always been the more driver focussed of the two and, let’s face it, with a flat-four ‘Boxer’ engine slung low down in the bay, the important bit’s Subaru, isn’t it? 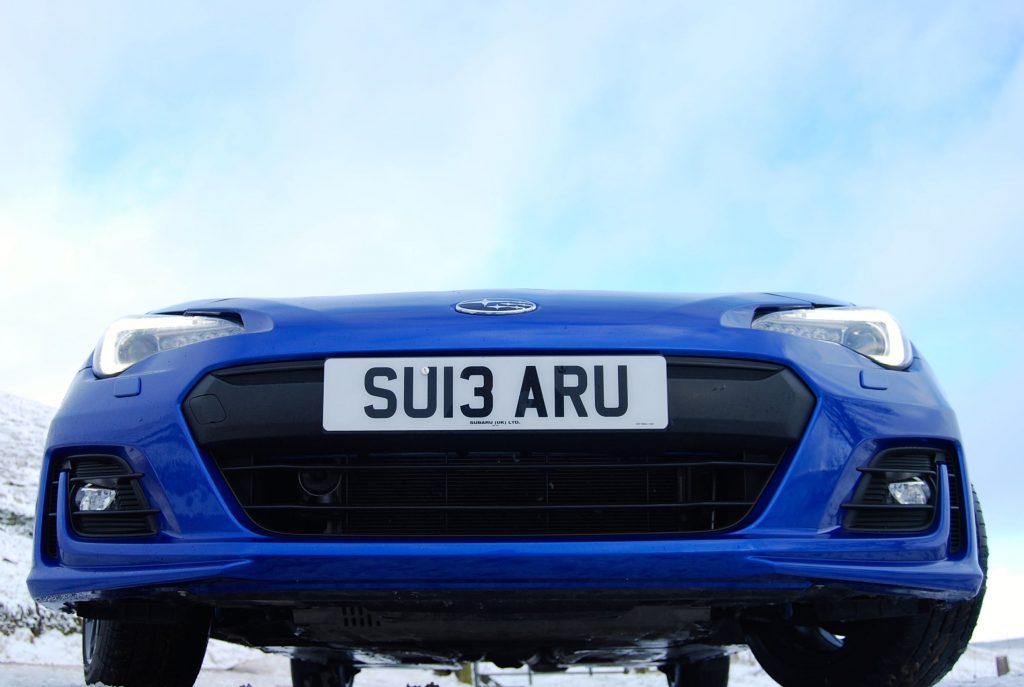 So, what has changed? Well, visually it’s had a few tweaks, but you’d have to be a bit of a BRZ aficionado to spot them; it’s more neatening up than revising. The front bumper and grille are new, giving the BRZ a wider look and the headlights are now full LED, keeping them up to date with the completion. The rear lights have also been updated and there’s a new altogether more serious looking spoiler keeping the lively rear end in check. In-between there’s some new 17’’, 10-spoke alloys. 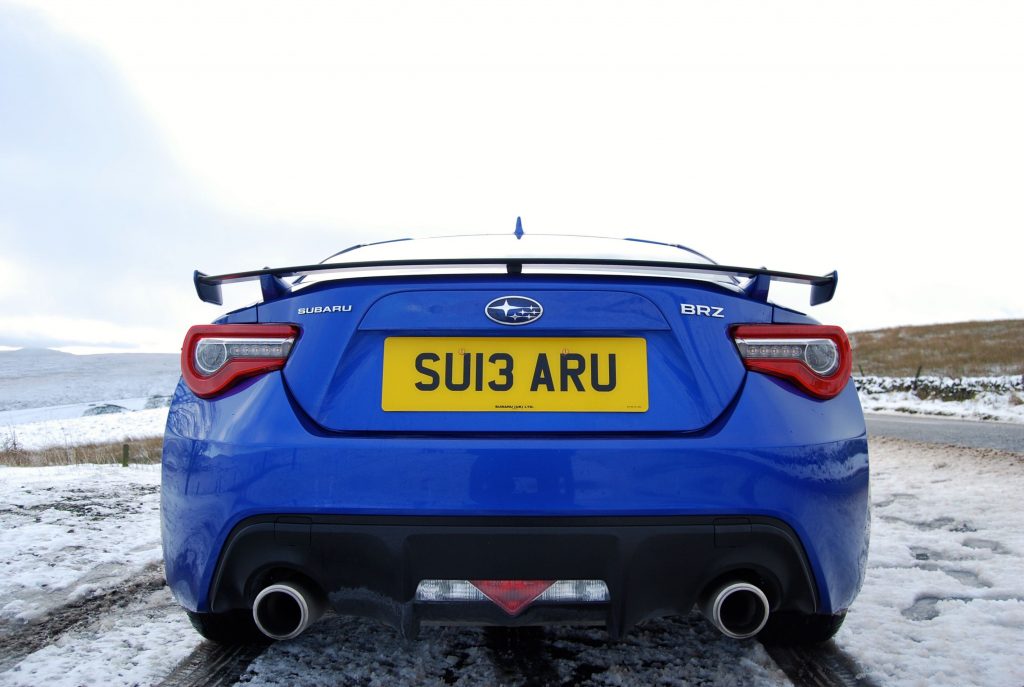 There have been changes to the BRZ’s engine, but they’re for efficiency and emissions only I’m afraid, it still produces 197bhp, although it is more responsive than ever. The BRZ was always famed for its ride purity, and that’s still the case, but suspension and damper revisions have made it more malleable over bumps whilst also reducing the pretty non-existent body roll. 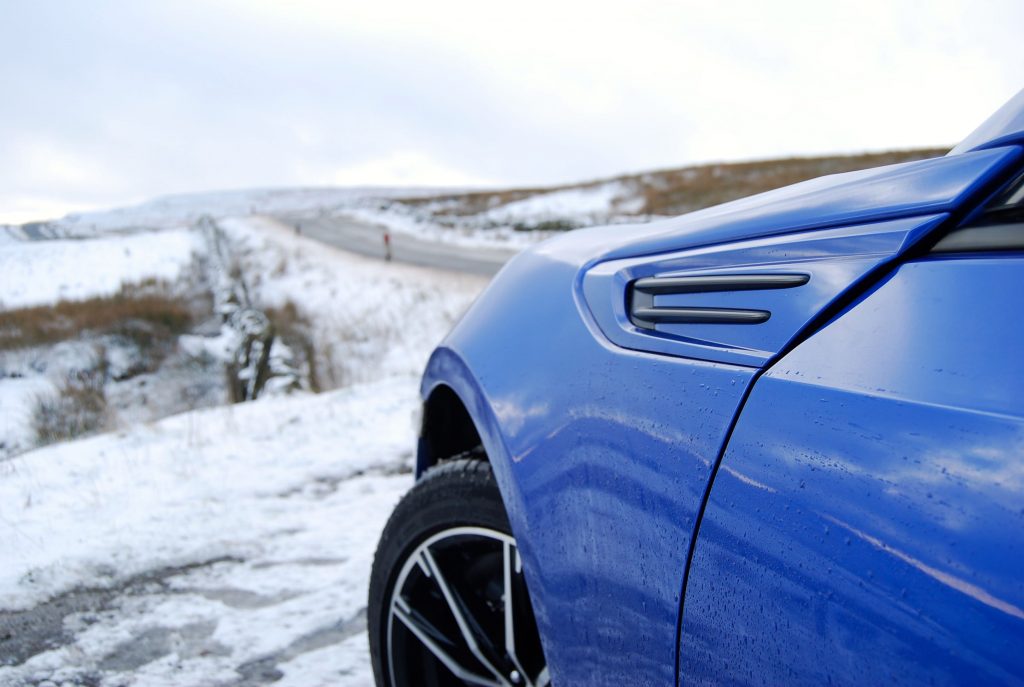 Has the BRZ interior improved?

Inside the BRZ you now get a multifunction steering wheel and a bought-in Alpine 6.0’’ infotainment system. It’s not the best system in the world, though; sat nav isn’t standard and Apple CarPlay and Android Auto aren’t available. Despite having previously left the more creature-comfort based approach to the GT86, the BRZ is now available in one spec only; SE Lux. This means heated seats, auto lights and folding mirrors are standard. Don’t buy a BRZ expecting a class-leading interior, though; the seating position is excellent as always but the rest of the cabin is dated at best. 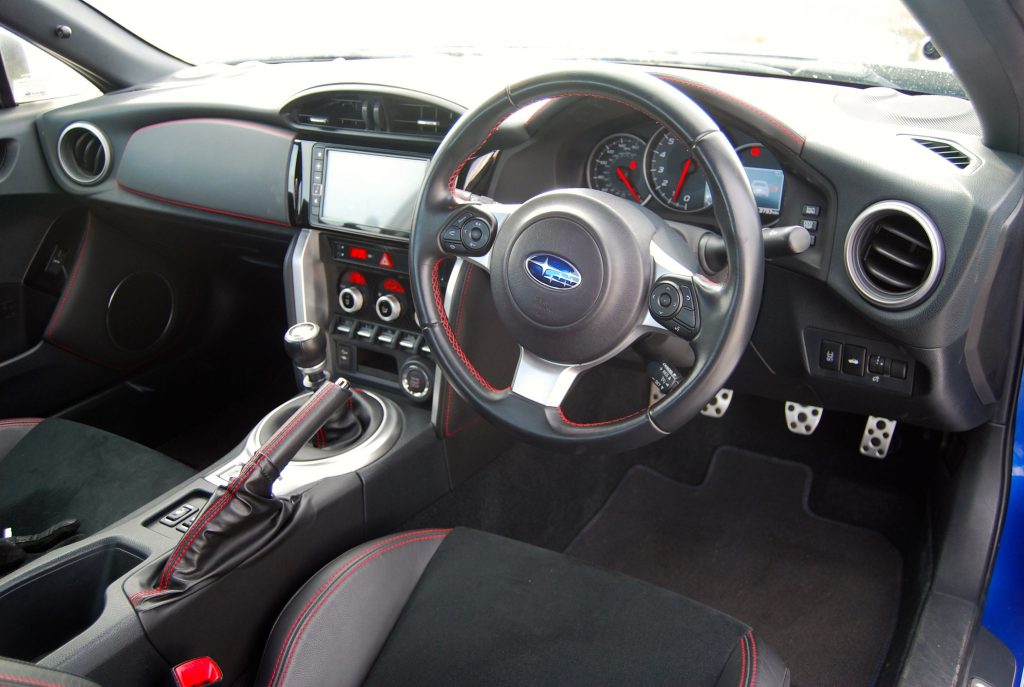 Does the BRZ still excite?

Now we get onto the important part; the driving. How the BRZ gets you down the road has always been its USP, and some subtle changes have left it right up there with the most fun you can have in a car for the money. There’s no turbo-charger and you’ve got to give it some welly to get the most out of this engine, keeping those revs up and using a deft touch with the clutch that has a fairly high biting point. The 6-speed manual gearbox connecting engine to wheels is one of the highlights of the BRZ. It just feels so exact, with a proper mechanical clunk with each selected gear. 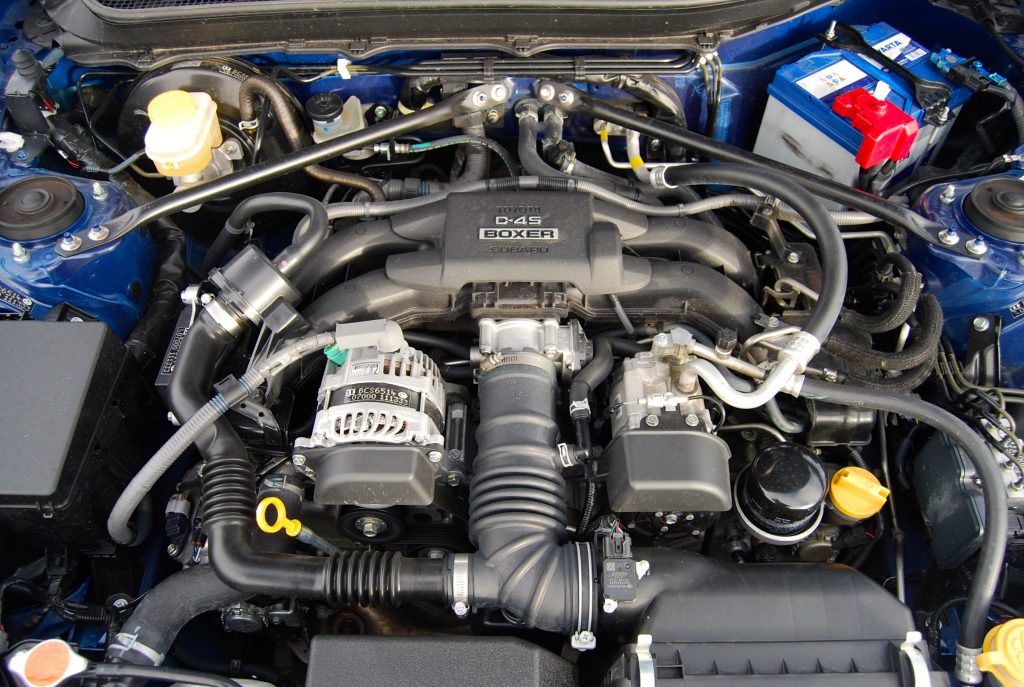 The BRZ has never been about out-and-out performance, and with a 0-62mph time of 7.6s, this one’s no different. What it is all about is how it makes you feel, and the noise is a big part of that. Patently it’s no V8, nor is there the usual put-put you’d normally associate with a Subaru. It’s just a pure mixture of exhaust and induction that sounds like no other. 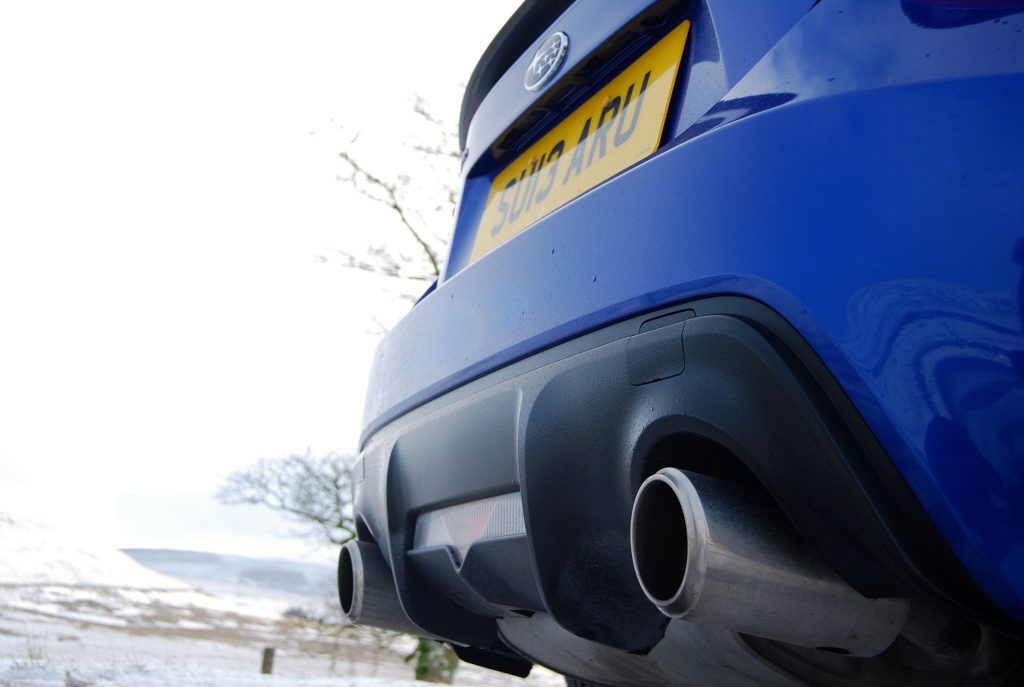 A beginner’s guide to RWD…..

The way the BRZ handles is best described as a beginner’s guide to RWD driving. The low-slung engine means the front end changes direction without hesitation and the steering pulls off the neat trick of feeling completely unassisted at higher speeds. The Subaru was shod with a relatively skinny set of tyres from day one, to keep things a bit snaky at the rear end. You’ll be pleased to know that this is still the case and getting the rear end to step out on demand is a cinch. The beauty part with the BRZ is that getting it back in line without incident is just as easy. 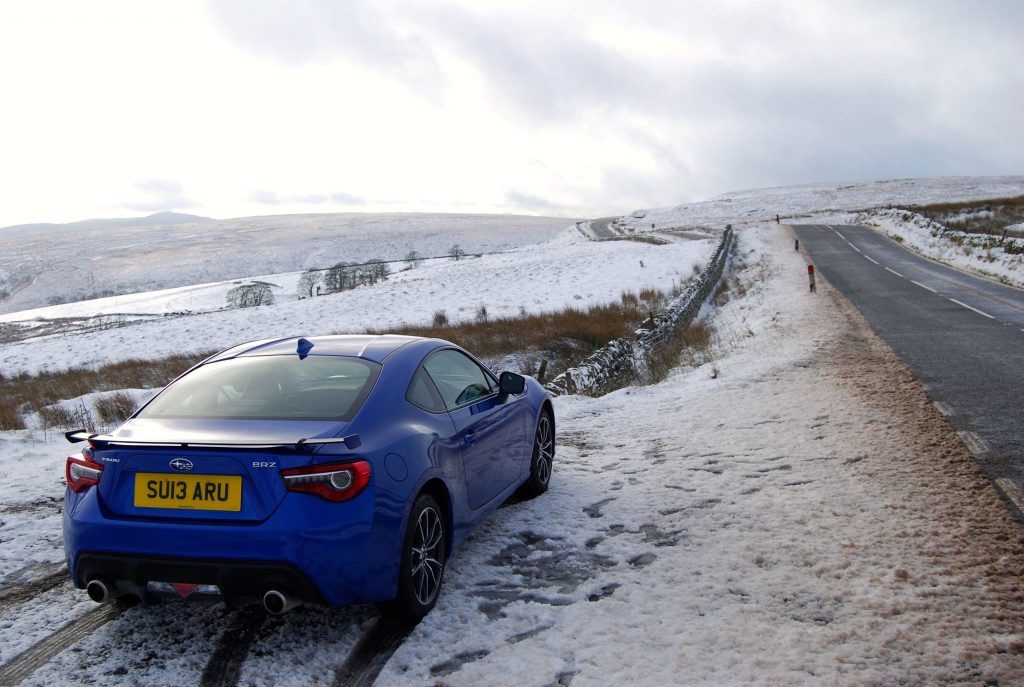 Should I buy a BRZ?

With the hot-hatch power race seemingly knowing no bounds, the BRZ (and GT86, obviously) with its coupe styling could be seen as something of a one-trick pony due to its lack of space. That’s definitely one way of looking at it, yes, another is that if you fold the rear seats down, there’s just enough room to fit in a spare set of wheels, a helmet and a racing suit………

The Subaru BRZ is available now. For full details go to: www.subaru.co.uk

I'm Ben Harrington and I'm a car lover, freelance motoring journalist and family-man (I'll let you decide the order!) I started Driving Torque in 2010 to share my love of all things motoring with the wider world. Since then, … END_OF_DOCUMENT_TOKEN_TO_BE_REPLACED