So, in a bizarre twist of events, Volkswagen have finally bought the remaining 50.1% shares it didn’t already own in sports-car giant Porsche in a deal that cost VW  a whopping £5.4bn including repaying Porsche‘s £1.9bn debt. I say bizarre because in the not too distant past, Porsche were raiding their own copper-jar to amass the funds needed to buy Volkswagen. Confusing, eh?

If you’ve been living on Mars for the last four years, you’ll be blissfully unaware of the changes that have occurred to the global economic climate. Porsche haven’t been afforded this luxury however and it’s this worldwide recession, coupled with tragic timing that has left them in a position of unaffordable repayments on the loan they acquired in order to purchase Volkswagen. 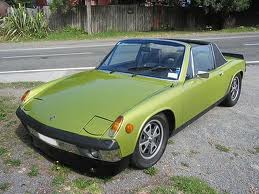 So, that’s a brief history of how we came to be in this position but what does this unification mean in the real world? Volkswagen and Porsche have been inextricably linked since a certain German megalomaniac ordered Ferdinand Porsche to build him a car for the people and the VW Type 1 (Beetle) was born. Since then, the two marques have never been poles apart, even co-producing the mid-engined Porsche 914 in the 1970s. More recently, the two companies have shared various components on their Touareg and Cayenne models, along with Audi and their Q7.

This new German ‘supergroup’ contains more than just VW and Porsche however. Volkswagen also bring to the party Skoda and Seat and when you add Audi to the equation, there’s all of their models and, as if we could forget, Lamborghini to throw a bucketload of spice into the mix. 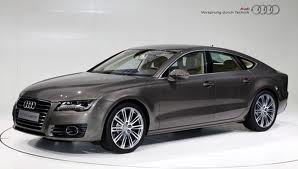 It has been suggested that there are too many elements here to make up a happy family, that certain models from this amalgamation of brands are competing against each other and will simply take their market share from within the group, particularly from Audi. I’m not sure that I subscribe to this theory however; Both VW and Porsche haven’t proved themselves to be highly resilient manufacturers in tough economic climes without good reason. If we take the models that Porsche bring to the fold, they are very much in a sub-category that shouldn’t affect the rest of the group. As previously mentioned, the Touareg, Cayenne and Q7 have always shared components yet seemed to have found their own niche in the large 4×4 segment. The Cayman is a class above the TT coupe and a class below the R8, both in terms of cost and appeal. The Panamera is too much car for Audi’s A7 to compete and the upcoming 918 Spyder is an unknown quantity as yet that will undoubtedly now be marketed to avoid it detracting from the Lamborghini stable. 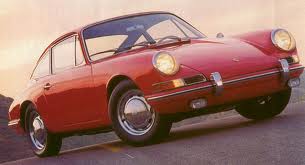 That leaves the Boxster and the 911 which could be argued to face direct competition from the TT and R8 respectively. This is certainly feasible but in the case of the Boxster vs TT, I feel that the different drivetrains and layouts of these models means that they can co-exist in their current guise and with a little tweaking from within the group, they’ll start to drift apart in terms of consumer appeal. That leaves just the 911 and the R8 but the evergreen Porsche with its four seats and rear engine layout seems to offer so many ticks in so many boxes that it’s hard for anything else to compete. This, combined with a seemingly infinite choice of models may explain the longevity of the 911 which now covers nearly 50 years.

What’s pertinent to remember  is that this wasn’t some oil baron buying a football club on a whim. This multi-billion pound deal will have been scrutinised to within an inch of its life and, historically speaking, both marques are prone to making good decisions where others have fallen. In my opinion, both VW and Porsche will profit hugely from their coming together and form a beautiful union. I might be wrong, but I doubt it.

I'm Ben Harrington and I'm a car lover, freelance motoring journalist and family-man (I'll let you decide the order!) I started Driving Torque in 2010 to share my love of all things motoring with the wider world. Since then, … END_OF_DOCUMENT_TOKEN_TO_BE_REPLACED