Nineteen and a half years. Assuming every penny of it was banked, that’s roughly how long it would take Mr U.K. average to earn the amount that I’ve recently valued my life at for insurance purposes. Unfortunately this figure doesn’t take tax or National Insurance into account so unless you live in Switzerland or have an extremely clever accountant, it’s more likely to take around thirty years, with no outgoings, at all.

I’d always been led to believe that mid-life crises occurred when one hit the big 4-0 but as I approach my 31st birthday, I can only assume that mine decided on an early start. A few years ago I wouldn’t have even contemplated doing something as boring as taking out life insurance, why would I when I was invincible? Yet recently I’ve been struggling to sleep at night in case an errant satellite felled me in the street before my policy details were finalised – how middle aged is that?

It gets worse though. In true ‘Bucket List’ fashion, I’ve decided that it’s time for a long term ambition to be realised, possibly before it’s too late. I’m going to buy a Porsche 911. Since their images adorned my walls as a child, owning an 80’s 911 has been an inevitable event in my life, a box that simply must be ticked. Recently however, this need has escalated from ‘I’ll get round to that one day’ to ‘I’d better start seriously considering that’. My amateur psychoanalysis has reached the conclusion that this is partly due to turning 30 but more importantly is due to the overwhelming terror of my next milestone being 40! 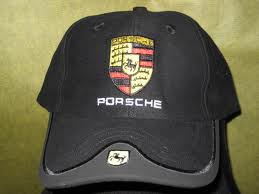 I do adore the 911, especially air-cooled examples from the 1980’s with their dramatic styling and big wings. Whenever I see one, I can’t help but take a glance at the lucky sod driving it and this, is I think what’s persuaded me it’s time to take the plunge. For me, the whole image is ruined if I see Bob the scaffolder behind the wheel, well into his 40s and well over a 40 inch waist, light reflecting off his balding pate or worse still, a Porsche baseball cap attempting to disguise said pate. This is certainly not how I want to be seen in my 911. I want young blondes to take a glance and see someone with youth, vigour and his own teeth, someone who’s still in his prime, not incontinence pants. This may be the sad attempt of a thirty something father of two trying to kid the world but as long as I’m convinced, I don’t care.

Of course, deciding to buy a 911 is just the first step, achieving it may be a couple of years down the line as I’ve got to save up the cash. Well I’m not going to get a loan am I, that would be far too irresponsible!

I'm Ben Harrington and I'm a car lover, freelance motoring journalist and family-man (I'll let you decide the order!) I started Driving Torque in 2010 to share my love of all things motoring with the wider world. Since then, … END_OF_DOCUMENT_TOKEN_TO_BE_REPLACED