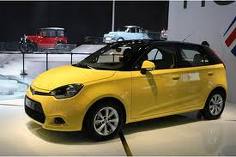 Anyone who’s seen the press shots of the new models from MG – the 6 and the 3 may possibly be as under whelmed as I am with them. My fears seem to be confirmed, leaving this once great British marque a minority brand with seemingly no hope of regaining their status on the World stage. The designs mainly merge pitiful rip offs of genuinely inventive cars with a blandness not seen since, well, the last MGs. This coupled with engine technology from when Noah was a lad really makes me wish MG had been left to rest in peace with its friends who had already passed, the likes of Triumph and Austin.

This tenuously brings me onto an unreserved apology to Jaguar’s spectacular owners, Tata. When this Indian owned firm assumed control in 2008, I genuinely thought that any misgivings I saw in Ford era Jags would pale into insignificance once Tata’s influence had taken hold on this most historic of car makers. The XK was always good but it was inherited so credit couldn’t be given to Tata for this. Just wait for their first true car I thought, it’ll be amusing if nothing else.

First came the XF with its designer clothes, aimed squarely at the likes of BMW and Mercedes. I admit I’m still not too sure about the exterior but I seem to be in a very small minority on that one and the interior appears to have even fewer detractors. The motoring press also love this car, a point proven by the XF recently winning What Car’s executive car of the year award. For the fourth year running.

Ok, so the XF’s not that bad but surely this was just a flash in the pan, a stroke of luck and the unravelling of the Jaguar brand would definitely begin with the next release. Then along came the new XJ. I’ve made no secret of my unbridled passion for this car, I adore it from every angle, including underneath and I would sell my granny to own one. For me, the XJ is the yardstick by which every other large saloon is now measured and so far, nothing comes close. 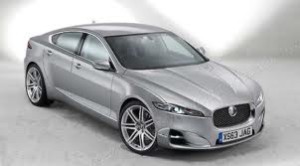 This was beginning to look like the real deal to me, I was in genuine danger of being proven emphatically wrong and then, just this week, I was. The plans for Jaguar’s next twelve years were unveiled, focusing on a 3 series competitor that once again shoots straight to the top of its class in the looks department. Other future releases include a new XF, a crossover model and most thrillingly for me – an XJ Coupe. I can only see a bright future for Jaguar now, a future that has truly dragged them into public view and out of the golf club car park.

On that note then, I would like to publicly apologise to Tata for ever doubting them and also to thank this Indian company for once again giving us a British automotive manufacturer to be proud of.

I'm Ben Harrington and I'm a car lover, freelance motoring journalist and family-man (I'll let you decide the order!) I started Driving Torque in 2010 to share my love of all things motoring with the wider world. Since then, … END_OF_DOCUMENT_TOKEN_TO_BE_REPLACED