The rich are getting richer and the poor are helping them get there. For a few years now, the headlines have been dominated by global, double-dip recessions and credit being crunched beyond all recognition and yet some small pockets of society seem to be  immune to these awful afflictions. On the contrary, certain, more affluent members of the population are reeking of their own grotesque prosperity, seemingly oblivious to the general mood of the masses. 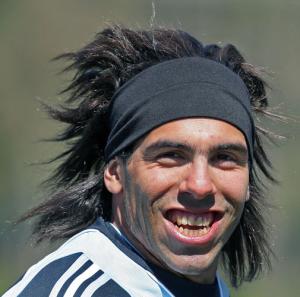 Carlos Tevez – laughing all the way to the bank

Footballers are one such group that spring to mind. You can’t blame them; combine the prospect of a short career with an IQ smaller than their (sponsored) boot size and a parasitic agent who doesn’t even have the decency to work up a sweat for his money and who wouldn’t take every penny they could get?  Of course, the irony is that without us plebs trying to enhance our humdrum lives by cheering on our team of choice every week, no-one would go to football matches, pay Sky to watch football matches or buy replica shirts for easy tribal recognition and where would the footballers be then? The world of finance shares similar ironies, every week new reports surface from the seemingly failing banking world, detailing the inflated bonuses being received by the head honchos, on top of their already inflated salaries. If my memory serves me correctly, this whole mess was kicked off by these same bankers irresponsibly lending money to people who quite obviously couldn’t afford the repayments.

Car manufacturers have by no means been immune to this worldwide recession with automotive giants such as Ford and GM staring into the precipice of permanent oblivion, holding onto their lives by the skin of their teeth. Some long-established marques such as Saab have gone by the wayside but hopefully we’re on the better side of things and the car industry as a whole can go onwards and upwards, back into profit. 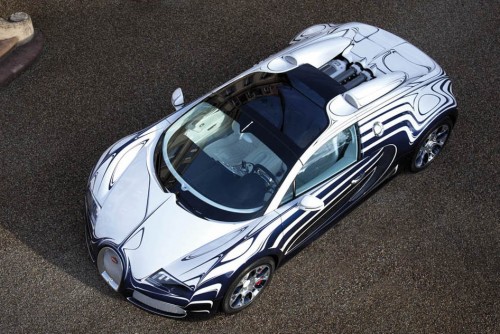 How different manufacturers have gone about this seems to fall into two categories. Some of the traditionally more luxurious marques have taken a huge gamble and made their products even more exclusive, even more out of reach of the masses whereas the other 90% of cars on the road are apparently made to be as cheap to run as possible. Take Ferrari for example. Thankfully, no-one on the board at Ferrari has ever sat down and announced that their products are just a bit too shouty and maybe they should look into the practicalities of an MPV. On the contrary, Ferrari have obviously realised that if you can afford to pay a lot for a supercar, you can afford a lot more and so that’s how much the price of their mid-engined supercars has risen in the past five years. In 2007, an F430 would have set you back £128,000. Today, if you can find one, the F430’s replacement – the 458 Italia would set you back upwards of £160,000. That’s an increase of  25% but has it deterred buyers? Has it heck, supply can’t keep up with demand because when you’re in the market for a new Italian supercar, an extra £32,000 makes little to no difference. Maybe this is partly due to what I call the ‘Veyron effect’. When Bugatti unleashed this hyper car on the world it came complete with a mind-boggling array of huge, impressive numbers. 1,000 horsepower, 0-60 in 2.5s and a top speed of over 250 mph. The one fact that everyone remembers though is the list price of $1,000,000. All of a sudden there was a car being manufactured that was out of the reach of your everyday lottery winner, this one set the rich apart from the super-rich at a time when the rest of the world was worrying about job security and mortgage payments. The likes of Lamborghini, Rolls-Royce and Porsche must have thought all their Christmases had come at once, they could add a few thousand pounds to the list price of their entire range because they knew that they had a ‘get out of jail free’ card – compared to the price of a Veyron, all of their products cost peanuts.

Of course, every action must have a reaction and in the real world that 99% of us live in, the way in which we buy cars has also altered. In the past we would gauge our opinions towards the cars we drove in various ways but they would usually  involve either how quickly they got us from A to B or in how much comfort, that was it. These days, no matter what, the first thing someone will think of when they consider a particular car is what MPG it can achieve and which tax bracket it will fall into. It’s become a national obsession and when you think about it, it’s bordering on the ridiculous. Just because the world’s finances are in a bit of a mess, why can’t cars that are made for the general population be interesting instead of just frugal? 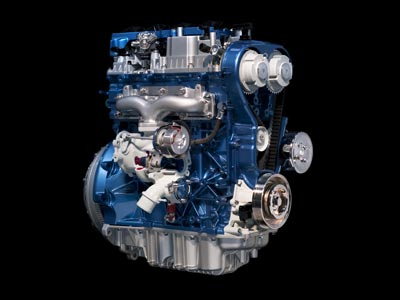 Take Ford for example. They’ve recently announced that the Focus will soon be available with an all new engine. Through wizardry and witchcraft, this five door, family hatchback will be powered by a 1.0 litre unit, it’s block being smaller than an A4 sheet of paper. Whether this will result in the Focus becoming the most terminally boring car on the planet to drive or not hasn’t been mentioned, probably because Ford don’t really care. As long as the emissions from the exhaust are lower than their competitors, that’s all that truly matters as that’s what sells cars.

The world of used cars has also suffered from this phenomenon and their value can vary dramatically dependant on how much the annual tax bill will cost, even if a far cheaper model is only £50 a year more expensive to tax. £50! That wouldn’t even pay for a meal for two in a half decent restaurant and yet many people will dismiss a perfectly good automobile on the basis that it’s less powerful, less luxurious sibling will save them this paltry amount once a year.

What I think I’m trying to say here is that if the makers of luxurious marques for more affluent people want to charge what they want and can get away with it, good for them. But to the manufacturers of the majority of the world’s cars- have the nerve to go back to letting the quality and driving experience of your products be what sells the car. Let owning a car return to being the pleasurable experience it once was for all of us instead of simply trying to make car ownership seem like one expensive chore that the masses can little afford and could do without.

I'm Ben Harrington and I'm a car lover, freelance motoring journalist and family-man (I'll let you decide the order!) I started Driving Torque in 2010 to share my love of all things motoring with the wider world. Since then, … END_OF_DOCUMENT_TOKEN_TO_BE_REPLACED