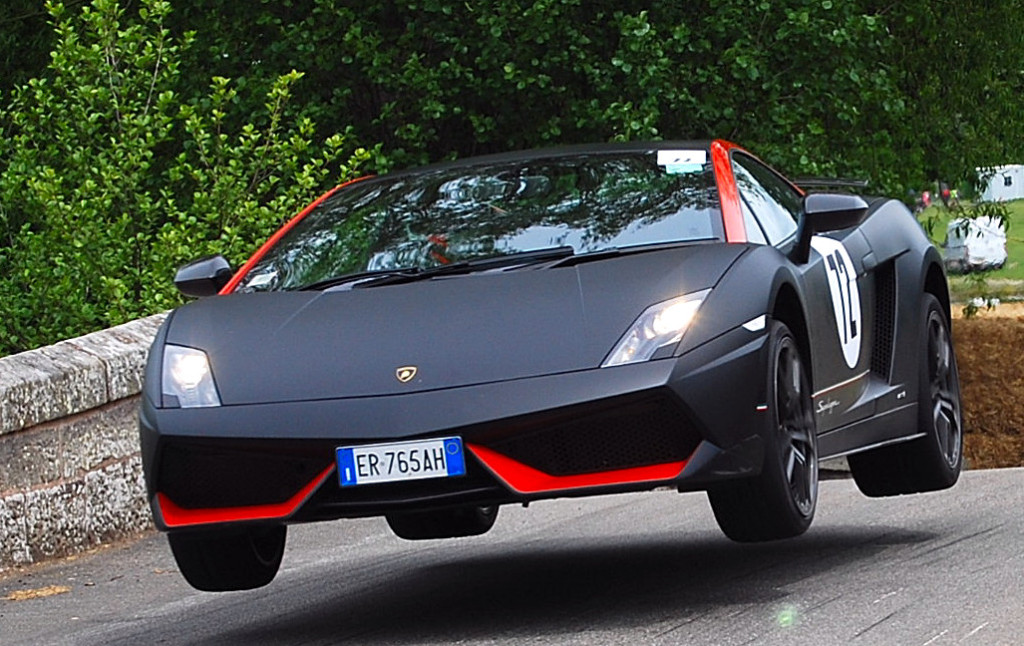 So, last Sunday represented that time of year again. A time for card makers to rejoice and all the dads of the world to enjoy breakfast in bed and other such pleasantries – it was, of course, father’s day. There is a slight element of irony then, in the fact that I spent most of last sunday at the mother of all pageants – the Cholmondeley Pageant of Power 2013.

Now in its sixth year, the format continued in the same vein as previous events with copious amounts of fossil fuels being sacrificed in the air, on the water and on land, all in the name of competitive entertainment. The main focus of the Pageant (CPOP) is the many millions of pounds worth of automotive exotica, split into various classes and all racing against the clock around a twisty, hay-bale lined, 1.3 mile section of Cholomondeley Castle’s very own driveway.

Fortunately for me, the rain that blighted the first two days had very much dissipated by the time of my arrival on the Sunday. The sunshine is always a very welcome sight at CPOP, not only for raising the spirits of the ever-increasing crowds, but also to keep the action on-track moving without delays for puddle removal. Previous years had also seen heavy rain causing issues off-track, with certain areas of the grounds descending into a bog-like state as it was trampled underfoot. Not this year though; tell-tale grooves across the estate were obvious signs of just how much work had gone into improving drainage and the results were impressive with very few areas of mud. 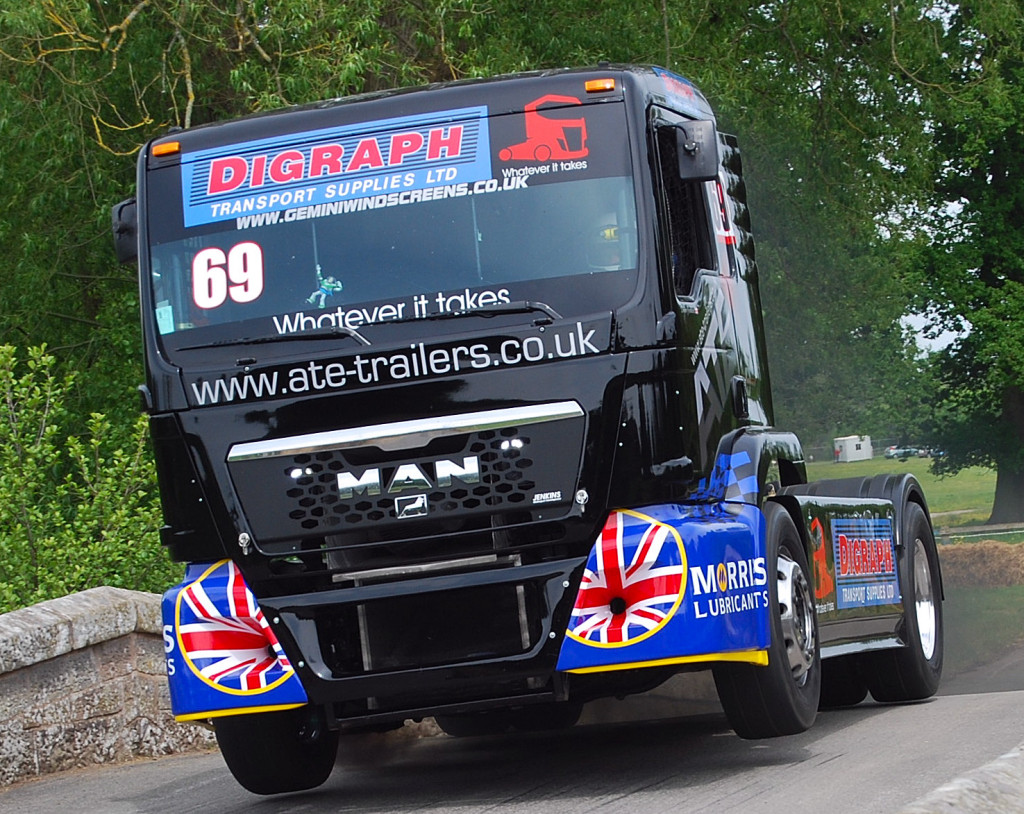 Some of the cars competing around the track are, quite literally, priceless and it’s hardly surprising that many owners want to take it a little steadier than others, particularly when negotiating the first bend that, very inconveniently leads straight onto a bridge over the mere – it certainly looked narrow from where I was standing!

Then there’s the other type of driver – the ones who harbour that competitive instinct that just refuses to die. The likes of Justin Law, always looking to win at not only CPOP but Goodwood too, in his family-owned collection of Jaguars that include XJ220s and an XJR15. Special mention must also be given to David Jenkins who piloted his 1000bhp, MAN TGX truck around the fairly narrow track without letting up for a second – a very brave man. 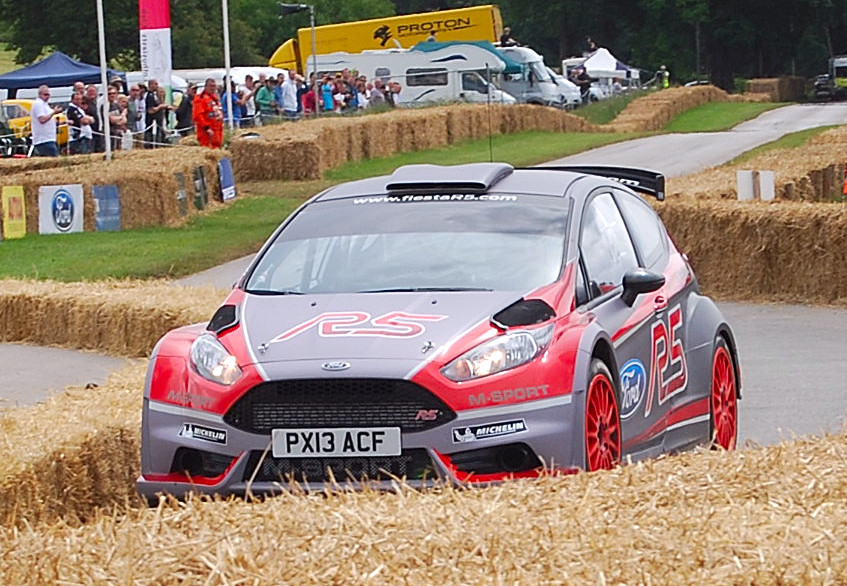 Elfyn Evans shows that half the cost can equal twice the fun!

This year saw the arrival of Wales Rally GB at CPOP and they had their own village section with a wide selection of rally cars from the ’70s, 80’s and 90’s on display, including a couple of WRC cars driven by a certain Mr McRae. This November will see the forests of Wales festooned with a new breed of rally cars including the Ford Fiesta R5. Rallying has been hit with financial issues in recent years and this new breed are roughly half as costly as WRC cars of the past. If you’re under any illusions as to how this will affect the appeal of rallying, I can assure you that these cut-price cars are just as exciting as their predecessors and their drivers seemed to be determined to show off the new machines’ capabilities around the CPOP track.

Aston Martin and Lamborghini have been celebrating this year as they are 100 and 50 years old respectively. Both marques were displaying models past and present at CPOP, possibly most notably being the first public appearance in the UK of Lamborghini’s all new, 700bhp Aventador LP700-4 Roadster. 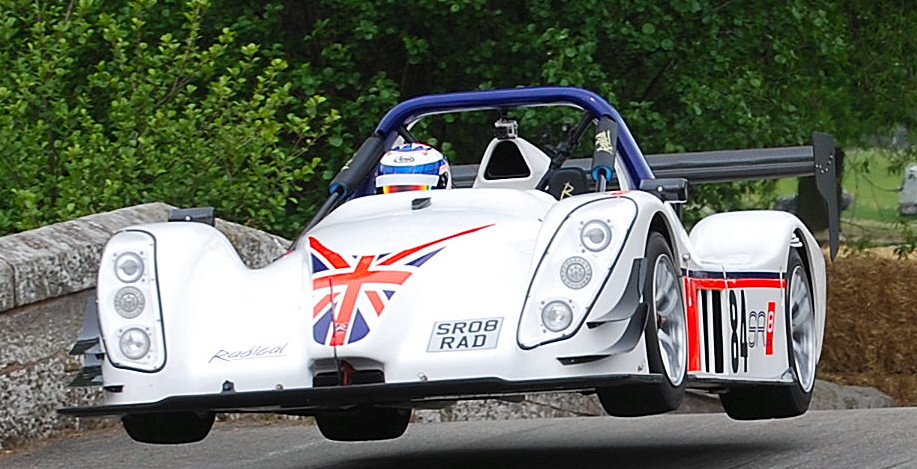 Overall winner around the track went to racing driver Robbie Kerr in his Radical RXC. Not only did he win the event overall, but he smashed the previous circuit record by 6.6 seconds with a blistering 55.29 lap, racing through the speed-trap at 129mph.

I'm Ben Harrington and I'm a car lover, freelance motoring journalist and family-man (I'll let you decide the order!) I started Driving Torque in 2010 to share my love of all things motoring with the wider world. Since then, … END_OF_DOCUMENT_TOKEN_TO_BE_REPLACED