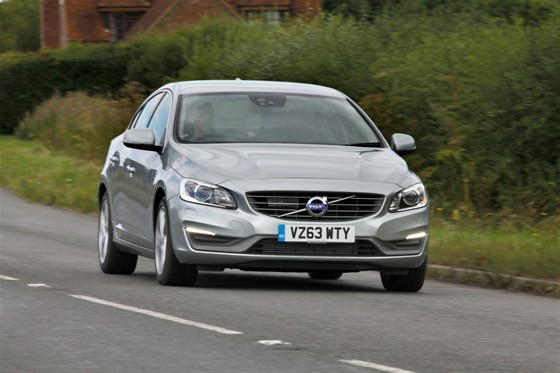 Once the staple diet of any self-respecting middle-management type, family-man or rep, the image of the four door saloon has taken something of a battering in recent times. Fulfilling many requirements, our roads were awash with these ‘three-box’ cars, stuffed to the rafters with either kids, samples or ambitions to scale the company ladder, it was simply a matter of choosing which flavour you desired, be it Ford, Vauxhall or something a little more exotic if you were lucky.

These days though, we’re seemingly petrified of being pigeon-holed as one of Mr Blair’s ‘Mondeo-men’ and even the bod in charge of the rep-mobile menu would prefer to see the company cast in a more favourable light by dispatching their employees around the country in a quasi-rugged SUV-alike.

So exactly where does that leave models such as the Volvo S60 we have on review here? Are cars like this still worthy of consideration or should the whole genre be cast aside as relics of a time gone by?

The only fair way of answering that question is to look at it objectively; what does this car do well, and what not-so-well? 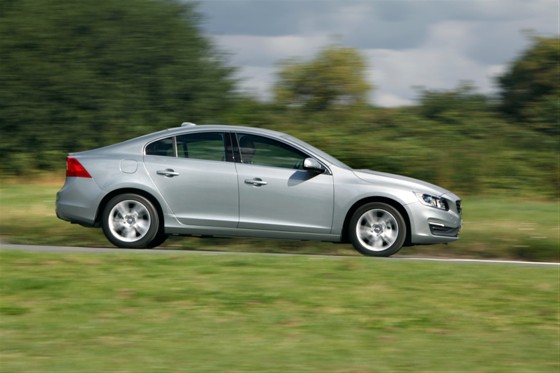 Easy to forget that this is a four-door saloon

Lets start with how it looks. At first glance, it’s very easy to mistake the S60 for a hatchback, with its shallow sloping c-pillars and rear windscreen – I’m assuming this is no accident. The hatchback lines are far easier on the eye than the somewhat staid and boxy silhouette traditionally associated with a four-door Volvo saloon, projecting a far sleeker image and allowing more natural light to enter the cabin thanks to a larger expanse of glass.

Volvo‘s image has transformed in recent years with exciting design cues being adopted and the S60 is no different. It’s most definitely a Volvo, but put it next to a similar model from as little as ten years ago and the dramatic way the brand has evolved is startling. The S60’s grille is the focal point of its nose, with a myriad of lines, angles and creases emanating sideways and rearwards in all manner of dramatic fashions. during my time with the S60, I discovered a new design feature every time I looked at it – could we honestly have said that about Volvos of the past – could we honestly say that about many new cars on the road today? 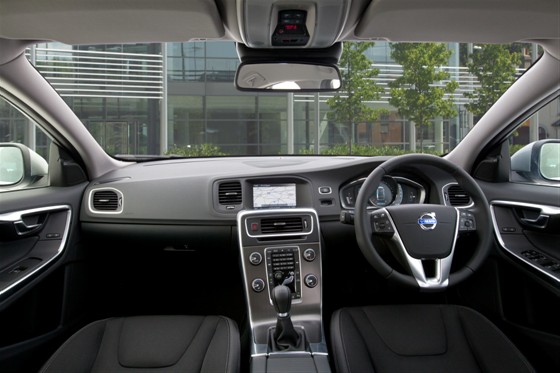 Sit inside the S60 and it’s the usual blend of quality and features we’ve come to expect from Volvo recently. There’s the floating centre console which is hard to dislike, and an all-electric display which can be altered between three modes depending on your mood. Both of these are unquestionably more for form than function and possibly a little showy, but they’re a breath of fresh air in a brand not renowned for its acts of frivolity.

It may be something of a sweeping statement but having given it some consideration, if I were giving out an award for best overall car interiors – I’d present it to Volvo. I’m aware of the works of  the likes of Audi and Jaguar, neither of which could realistically be described as shabby, but there’s something about the freshness and quality of Volvo at the moment that edge it for me over the opposition.

That said, they’re not perfect.

In a previous review of Volvo’s V40, I bemoaned the auto ‘box the car had been supplied with and recommended that any potential buyers should do themselves a favour and go manual. You can imagine my delight, then, when this S60 model arrived with three pedals  – a huge relief I thought. And it was – there’s nothing wrong with the manual ‘box at all – it feels tight and satisfying as its operator moves up or down ratios as they see fit, with some natty yet simple ‘change up/down’ lights on the dash. The problem lies with the fact that the cabin seems to have been designed around its purchaser opting for the auto; I consider my driving position to be fairly average, as are the size of my arms and elbows, and yet, changing into 2nd, 4th or 6th gear was an uncomfortable experience as my shoulder was contorted into some slightly unnatural positions due to the gearstick being situated marginally too far rearwards.

Another aspect of the S60 which baffled me somewhat was the rear bench seat. Both of my daughters still require booster seats in the car and the ones they have are a standard, run of the mill shape and size. For some reason though, the S60’s rear seats were just slightly too narrow for the booster seats to fit properly. They went in after a bit of persuasion but the inner edge of the booster would invariably be placed on top of the seat-belt buckle and therefore result in an amount of shifting about, with a whining child following close behind. It’s obviously not a safety issue as such, more of an annoyance but I did find it strange for a company such as Volvo to have made an error like this; they may have actively discarded their boxy image over recent years but safety is still the modus operandi they aspire to. 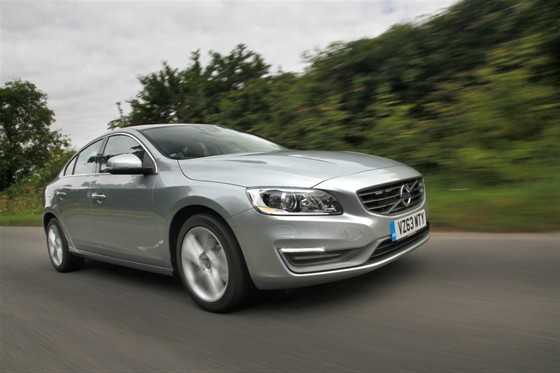 On the road, the S60 pleases and surprises in equal measure. Our D3 test car came complete with what will probably prove to be the most popular power plant in the range – the 2.0l Diesel. It’s quiet and refined enough, even from cold, and offers a decent chunk of torque (350NM) which goes someway to alleviating the gearstick positioning problem as gear changes are less frequent than they could be.

Once the reserve of marques such as Ferrari, our S60 featured speed sensitive steering – a £225 option and worth every penny in my opinion. These systems were clumsy and unrefined when they were first introduced but Volvo seem to have honed it to perfection now. It really makes driving a doddle around town and yet barely interferes at higher speeds when an over-sensitive steering wheel can make a car feel jittery.

Another option that’s definitely worth a tick is the £375 ‘Winter and active bending headlights’. Everything seems to be described as ‘adaptive’ or ‘intelligent’ these days but I can’t stress enough just how clever these headlights are – they seem to have aspirations of not only joining Mensa, but setting the test to get in. Put them into auto mode and when full-beam’s required, the various light sources are constantly scanning the environment,  looking not only for oncoming cars but the tail lights of cars up ahead. It then reacts instantly, focussing its attention to achieve maximum illumination without blinding anyone else on the road. The way it creates a ‘box of darkness’ which a leading car fits exactly into is absolutely mesmerising, especially as it adjusts instantly when the direction and elevation of the road changes. 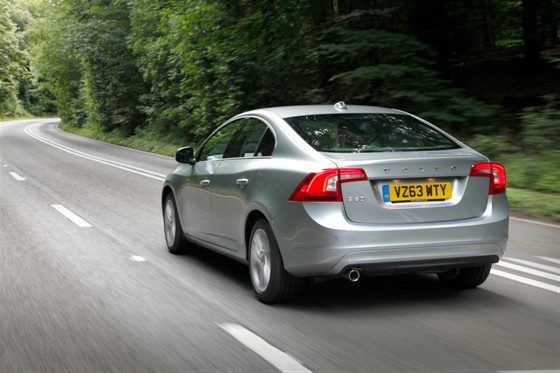 One aspect of the S60 that will be appeal to many, especially anyone who spends a substantial  amount of time cruising the motorway network is how planted it feels at speed. This is where the quality of the Volvo will stand out over some possibly inferior opposition. I drove in what can only be described as a tropical storm on the M60, with standing water, side-winds and other unwelcome elements that makes any driver long for the comfort of their beds and the Volvo handled it with aplomb. It felt reassured and unshakeable when the going got rough, with none of the unnerving reactions to large gusts that are so unwelcome in higher-sided vehicles such as, say, SUVs?

Whether the four-door saloon remains relevant going forward, only time will tell. One thing’s for sure though, the price of fuel and tyres isn’t going to halve in the near future which is when a relatively sensible car like the S60 looks far more appealing than a 4×4. Volvo have gone to great lengths to make the S60 as appealing as possible, be it from the outside, the inside or on the move. Yes, it’s a little more costly than the opposition and the gearbox situation is less than perfect but one can ultimately see where the money goes. And at the end of the day, what price comfort, and more importantly – safety?

For full details, go to www.volvocars.com/uk/S60

I'm Ben Harrington and I'm a car lover, freelance motoring journalist and family-man (I'll let you decide the order!) I started Driving Torque in 2010 to share my love of all things motoring with the wider world. Since then, … END_OF_DOCUMENT_TOKEN_TO_BE_REPLACED