Volvo was originally founded as a subsidiary of Swedish engineering component manufacturers, SKF, its original purpose being to expand the parent company’s market into the US. Founders Assar Gabrielsson and Gustaf Larsson also included the production of automobiles into Volvo’s original manifest although this was certainly never meant to be the sole aim of the company and it wasn’t until ten years after Volvo’s launch that a car bearing this moniker would seethe light of day.

The name Volvo comes from the Latin for ‘I roll’. It’s absolutely no coincidence that one of parent company SKF’s main products was ball bearings. The Volvo badge which is still familiar today is from the Swedish symbol for iron and has always been placed on a diagonal bar across the car’s radiator grille. 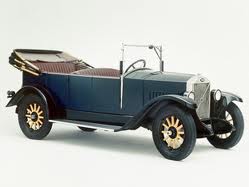 You could say that Volvo’s birthday was April 14th 1927 when their first car, the ŐV4 – nicknamed Jakob rolled off the production line in Gothenburg. The four cylinder ŐV4 and PV4 models were available in hard top and cabriolet guise and proved an instant success in Scandinavian countries as they were designed to be better equipped than competition from the US to withstand the harsh conditions of their winters.

Quality was a word that became rapidly synonymous with Volvo and this soon evolved into an association with making extremely safe cars. The following statement was made by the company’s founders:-

‘Cars are driven by people. The guiding principle behind everything we make at Volvo, therefore, is and must remain, safety’, Assar Gabrielsson and Gustav Larsson, 1927.

As was the case with many automotive manufacturers, World War Two saw the production of Volvo cars decimated as the factories were modified to produce military machinery. In stark contrast, 1944 saw the release of the PV444 model which combined American flair with European elegance. This model, along with the PV544 helped Volvo gain a foothold in the lucrative American market during the ‘50s and ‘60s.

The launch of the hugely popular Volvo Amazon (or 120 as it was known in the US) in 1959 again highlighted Volvo’s dedication to automotive safety as it was the first car to be sold with seatbelts as standard. This would later progress to being the first car with three point seatbelts. 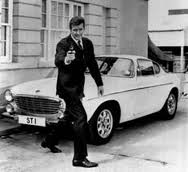 Moving into the 1960s, Volvo launched their first sports car, the P1800. This was later to become famous across the world as the car Roger Moore drove in ‘The Saint’. The ‘60s also saw Volvo’s new factory opening at Torslanda in 1964. This allowed annual car production to expand to 200,000 as Volvo’s worldwide appeal continued to grow, especially with their own niche market, the family car.  This demand for a safe, well made car was satisfied further in 1966 with the release of the 140 model, initially in saloon guise and latterly as an estate.

Volvo’s reputation for being market leaders in automotive safety was upheld further during the 1960s and ‘70s as they introduced the world to such safety features as crumple zones, collapsible steering columns and side impact protection systems. This list of innovations is by no means exhaustive.

The 1970’s saw Volvo successfully purchase the car manufacturing arm of Dutch company DAF. DAF’s existing models were simply rebadged as Volvos, a move that resulted in Volvo expanding their range yet further into the smaller car market.

Following the collapse in 1993 of a proposed merger with Renault during its latter stages, Volvo remained the world’s largest independent automotive manufacturers. This would remain the case until 1999 when Ford purchased the company for US $6.45 billion.

Ford placed their new acquisition in their Premier Automotive Group (PAG) along with Aston Martin, Jaguar and Land Rover. Despite announcing losses year after year, Ford insisted on keeping Volvo when the rest of the PAG had been disbanded.

Today, Volvo are owned by Chinese automotive giant Geely following a successful buyout in 2010. Geely acquired the firm for US $1.8 billion following extremely complex negotiations. This is someway off the value Ford initially placed on the company of US $6 billion.

I'm Ben Harrington and I'm a car lover, freelance motoring journalist and family-man (I'll let you decide the order!) I started Driving Torque in 2010 to share my love of all things motoring with the wider world. Since then, … END_OF_DOCUMENT_TOKEN_TO_BE_REPLACED