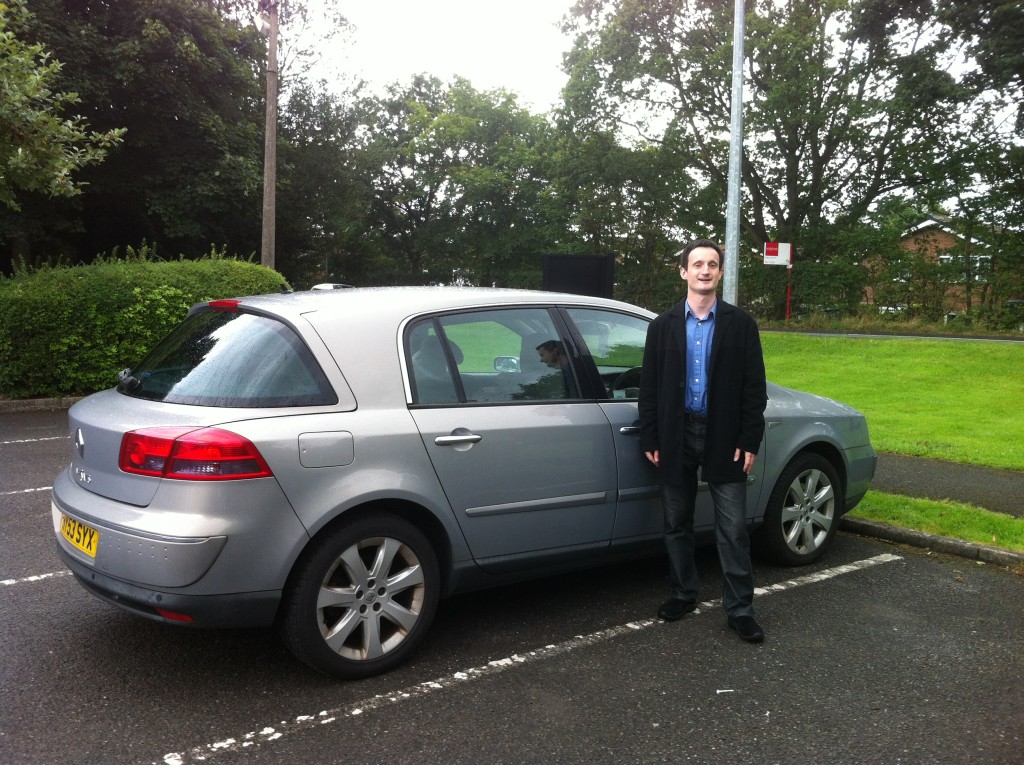 Take a good, hard look at this picture because it may be a while until you see this car again. I can say this with a fair amount of certainty as earlier this week I had the pleasure of a morning with fellow motoring journalist Oliver Hammond of Simon’s Car Spots, who also happens to be the founder of the U.K. Vel Satis Owners Club. According to Oliver, there are less than a thousand of these Gallic oddities left in the U.K. including his own so the chances of stumbling across one are, shall we say, Velly slim (sorry, no more puns from now on. Promise).

Being the owner of a classic car myself, I’m well aware of the ‘labour of love’ style relationship which Oliver has developed with this French luxo-barge. The old adage that some children could only be loved by their parents can often be translated into an owner’s emotions towards his or her car, with outsiders often wondering how and why we tolerate what can only be described as despicable behaviour. 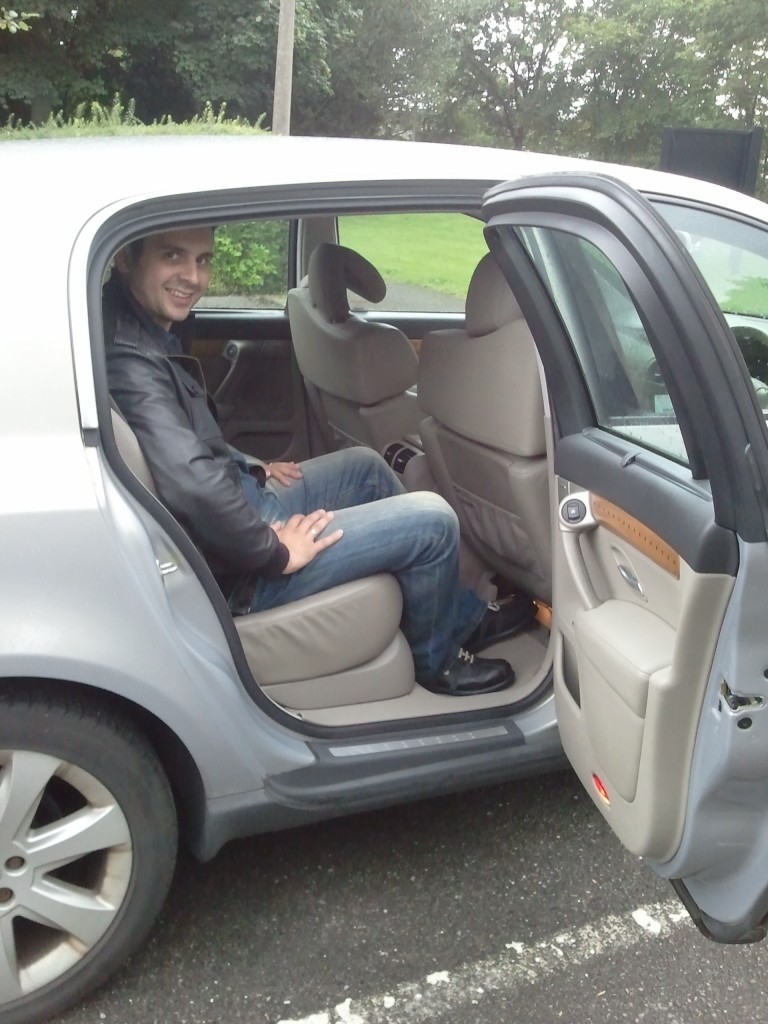 Nicolas Sarkozy could have been lost for days in here!

Everyone to their own though I say and as Oliver is proudly showing off the many highlights of the big Renault, I’m beginning to warm to this MPV/Estate/Limousine with its subtle design cues, unimaginably large pews and rear leg room not equalled since Concorde was decommissioned.

We went out for a thoroughly enjoyable tour of the area whereupon Oliver ably demonstrated the car’s prowess when smoothing out bumps whilst not appearing too shabby under hard acceleration round a tricky bend. The President of France previously utilised a Vel Satis to waft arrogantly from place to place and I was really seeing why, even to the point where I found myself pondering the inevitable question – ‘just why did Renault sell so few of these cars?’ Even the name ‘Vel Satis’ (which is simply gleaned from ‘Velocity and Satisfaction’) was beginning to seem wholly appropriate.

My quizzical confusion must have been painted on my face, however, because it was at this point that Oliver shattered the illusion of vehicular superiority and brought the scene into glaring, terrifying focus. Tales abound of spending over four times the car’s value on repairs, struggling to find simple, everyday parts such as tyres and then being charged £200 (each!) to own them. Garages have been known to flatly refuse to work on the car or helpfully suggesting that every component be replaced at a cost of £5k as this was the easiest way to rectify an electrical fault.

So why on earth would someone voluntarily own an apparent money-pit such as this? 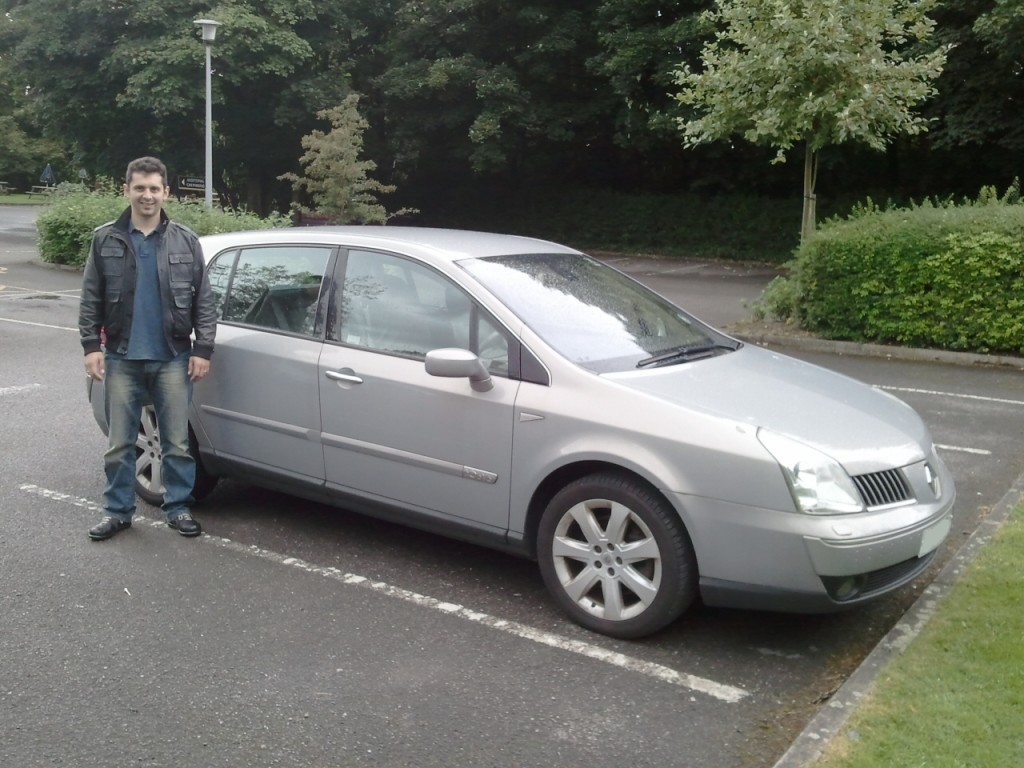 Ben, meet Hubert the Vel Satis. Hubert, this is Ben

Oliver is very knowledgable in many areas, especially cars so it’s not as if he doesn’t have either the confidence or common sense to invest in a far more sensible proposition. Not only this but Oliver doesn’t even hide his love for his ‘Vel’ away like some sordid affair, far from it, he runs a successful website dedicated to the model. His own Vel Satis even has a name! (Hubert if you were wondering)

But then, I guess that’s the point. You can’t put a value on true love, neither are we granted the luxury of choosing who the recipient of our affections is. Personally I’m glad people like Oliver exist; seeing unbridled passion about a car that strays away from the norm is a joy to behold. Without people like him, the roads would be a whole lot less interesting and varied. It pains me to say it but even classic Volkswagens go largely unnoticed these days due to their large population. 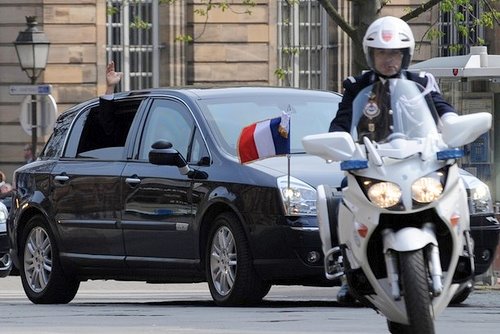 The Renault Vel Satis – a car fit for Heads of State

It was a true pleasure to meet Oliver and his Vel Satis and I’m looking forward to many chats over coffee in the future. The only slight snag may be that I’ve promised him a ride in my VW Type 2 next time and I can’t help but feel that he’s going to find it a bit boring!

I'm Ben Harrington and I'm a car lover, freelance motoring journalist and family-man (I'll let you decide the order!) I started Driving Torque in 2010 to share my love of all things motoring with the wider world. Since then, … END_OF_DOCUMENT_TOKEN_TO_BE_REPLACED