Car Insurance isn’t getting any cheaper.

Fact number one – car insurance is not getting any cheaper, in truth it is estimated that the cost of insuring your motor will rise by 40% in 2011.

Fact number two – males aged between 17 and 25 are the demographic most likely to make a claim on their insurance policy. 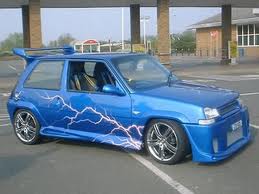 Sorry for the rather bleak news there but I doubt it will come as a surprise to anyone to read these inescapable truths. What we have to do is find a remedy for the problem of soaring insurance costs because, as with most things, it’s the decent, law abiding folk of this country who are finding themselves paying for others’ mistakes. The European Union were their usual helpful selves recently when they banned lower premiums for females as this was sexual discrimination. Of course, this didn’t result in lower premiums for all, don’t be ridiculous! It simply means that the statistically safer female drivers of the world are beaten with the same large stick as everyone else come renewal time.

One solution to this problem was forwarded recently in the form of the ‘Smartbox’. In simple terms, this is a box attached to the underside of your car which monitors everything about your driving habits, from speeds and distances driven to cornering techniques and the time of day the car was on the road. This little supergrass then transmits the recorded information to your insurance company and your premium is adjusted accordingly. Not a bad idea eh? Well, not too bad in theory but the glaring oversight in all of this is that it’s voluntary and I’m guessing that the type of driver who would volunteer to have their driving cross examined would not be the type to make a claim anyway, leaving Johnny Boy-Racer to drive in his usual fashion as he has no box fitted. In short, no fewer people would be making claims but there would be even less in the coffers to compensate any losses.

You’ll be relieved to know that I have come up with a rather ingenious solution to this mess. It would involve a rather simple law being passed; the salient points would be as follows-: 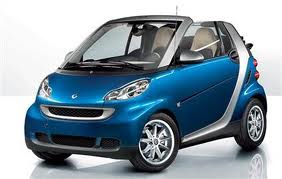 Not a substantial law I know but the more observant amongst you will have deduced that it leaves very few choices of car for the younger driver. My solution therefore is not so much the ‘Smartbox’, more the Smart Car. If all young drivers were forced to drive a Mercedes Smart Car, it would surely cut insurance claims at a stroke.

Firstly, they’re equipped with the automotive equivalent of bicycle stabilisers – removable plastic panels. These cause less damage when our young driver does bump another car, as they inevitably will and are both easily and cheaply replaceable, leaving a smaller dent in the insurers wallet.

Perhaps more significantly though, they’re painfully slow. The original models would only reach 61mph and achieve 0-60mph in 16.2 seconds, admittedly this is a lot faster than a BMX but it’s never going to set the world alight. The most important factor in my masterplan however is the lack of rear seats. I can confirm from first hand experience that many accidents involving young men occur as a result of that most masculine of pastimes – showing off to their mates. Removing the rear seats would cut this ‘mate factor’ by two thirds, rendering it almost extinct.

Now I’m not saying my solution’s perfect and I’m glad no-one forced me to drive a Smart when I was 19 and tearing around in a 205 Gti  but at this desperate stage, you can’t deny it’s worth a go.

I'm Ben Harrington and I'm a car lover, freelance motoring journalist and family-man (I'll let you decide the order!) I started Driving Torque in 2010 to share my love of all things motoring with the wider world. Since then, … END_OF_DOCUMENT_TOKEN_TO_BE_REPLACED