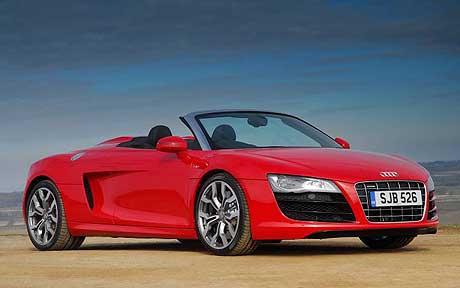 In a recent episode of BBC’s Top Gear, Jeremy tested two of my favourite cars on sale at the moment, the Porsche 911 Turbo and the Audi R8 V10. They are both frighteningly fast, extremely expensive and combine exotic looks with build quality typical of the Fatherland. Unfortunately, both cars had been ruined before they even left the factory by one common problem – no roofs. Let me make myself clear here, I’m not against convertible cars per se. I just feel that there is a certain type of car which lends itself beautifully to being scalped and others which, well, don’t.

I appreciate that the sensation of open top driving is pleasant, with the wind in your hair, the sun on your back and generally feeling closer to nature. But let’s be honest, a large proportion of convertible buyers are simply wanting to be seen by as many people as possible in their status symbol, posers in a word. One car which fits the bill for these people is the BMW 320Ci. It’s certainly not made to break records at the Nurburgring yet the image and the badge combine to make the perfect ‘look at me, I’ve got expendable income’ mobile.

This brings me on to my issue with the likes of the 911 Turbo cab and R8 cab. They are both designed in hard top form in order to push the boundaries. They must be the quickest, nimblest and shoutiest in their class otherwise they have failed miserably. Engineers work tirelessly to push output higher, weight lower and chassis’ stiffer. We adore seeing covert spy shots of the new models being pushed to their limits around ‘the Ring’, talking in hushed tones about rumoured performance figures. Buying the likes of these cars will hopefully provide a driving experience like no other, setting us aside as a true admirer of automotive engineering.

So what do you think it says about the person who opts for one of these exquisite cars and then chooses the one with no roof? I’ll tell you what it says, it says that the owner would like everyone to think that they are a driving god but when it actually comes down to the nitty gritty, they care more about being seen in the car than actually driving it. This therefore makes them not only a poser but a poser and a fake.

I'm Ben Harrington and I'm a car lover, freelance motoring journalist and family-man (I'll let you decide the order!) I started Driving Torque in 2010 to share my love of all things motoring with the wider world. Since then, … END_OF_DOCUMENT_TOKEN_TO_BE_REPLACED