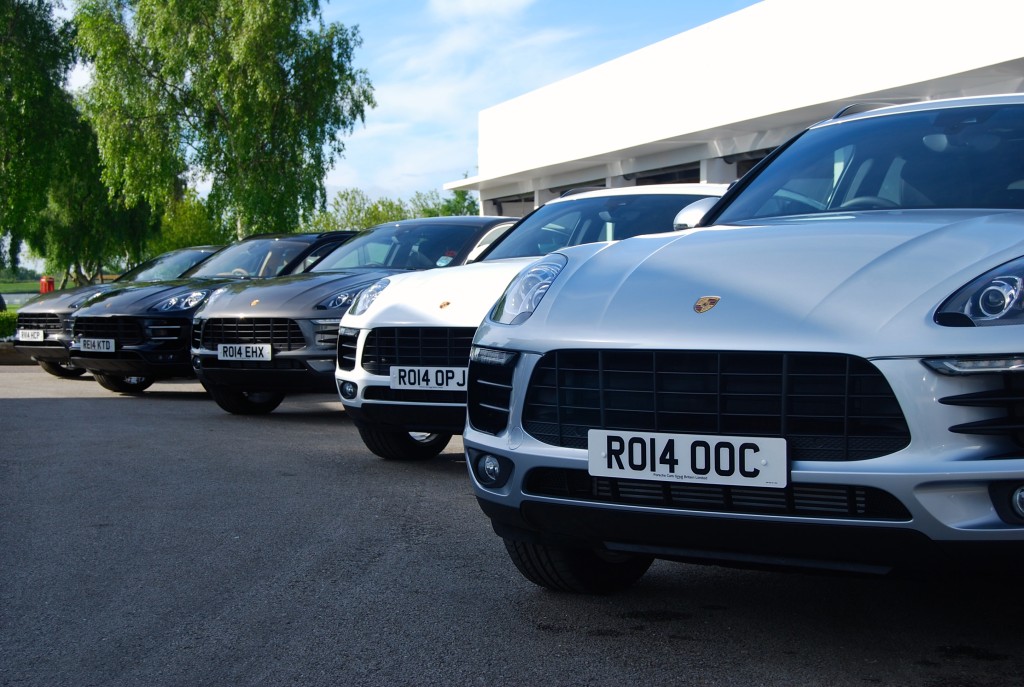 Believe it or not, Porsche‘s assault on the SUV market started over 12 years ago with the somewhat divisive Cayenne. This is the Porsche Macan (Ma-caan), and what’s perhaps more pertinent with this model is that Porsche have been making sports cars pretty much since the genre was invented. Confused? This is the all-conquering marque’s latest model and their debut entry into the ever-expanding and highly lucrative compact SUV sector, but Porsche are very keen to stress that the Macan should be regarded as ‘less of a small Cayenne – more of a large 911’.

Initial evidence to back-up this claim is tenuous to say the least. It doesn’t take an expert to notice that it’s got five doors, a proper boot (500l – 1500l with rear seats down), and the engine isn’t stored in aforementioned boot – it’s in front of the steering-wheel, just behind the headlights.

That really is just about where the similarity to its larger sibling ends though.If I was to tell you that, in typical Porsche fashion, they’ve ditched the traditional copper for their battery wiring in favour of aluminium as it saves a whopping 3.6kg, you get some idea of what the Porsche Macan is about. 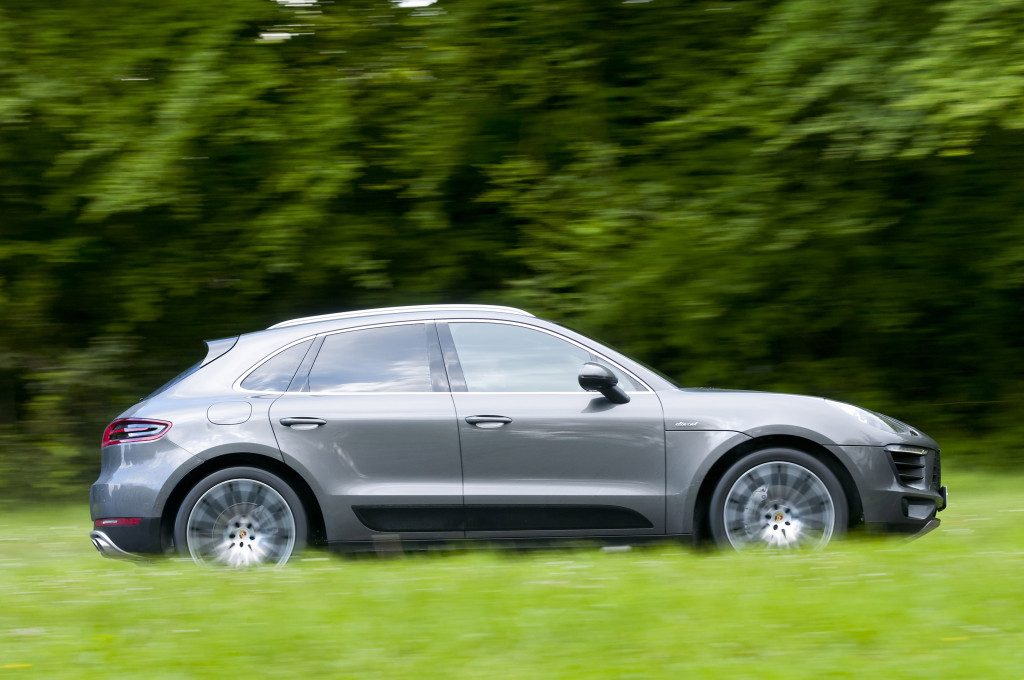 silhouette is very 911-based

Visually, the Macan has none of the awkward angles and lumps sometimes associated with cars in this class. It’s pure Porsche at the front, with the traditional clam-shell bonnet and raised wings. The basic silhouette is very much 911 based and there are hints of the iconic sports car found all around the Macan, combined with certain aspects of the 918, not least of which being the eye-catching 3D rear lights. Speaking of the rear, this is the angle I found most satisfying on the Porsche Macan – its shape is pleasing and well proportioned. Look closely and you’ll notice that the Macan’s tyres are wider at the rear than the front to aid traction and grip – that’s definitely more sports car than SUV – a set of exposed quad-exhausts does nothing to detract from the overall look, either.

There are three models available at launch – two petrols in ‘S'(340bhp) and ‘Turbo'(400bhp) guise, and one Diesel, ‘S Diesel'(258bhp), although there’s apparently scope to expand the range in the future. 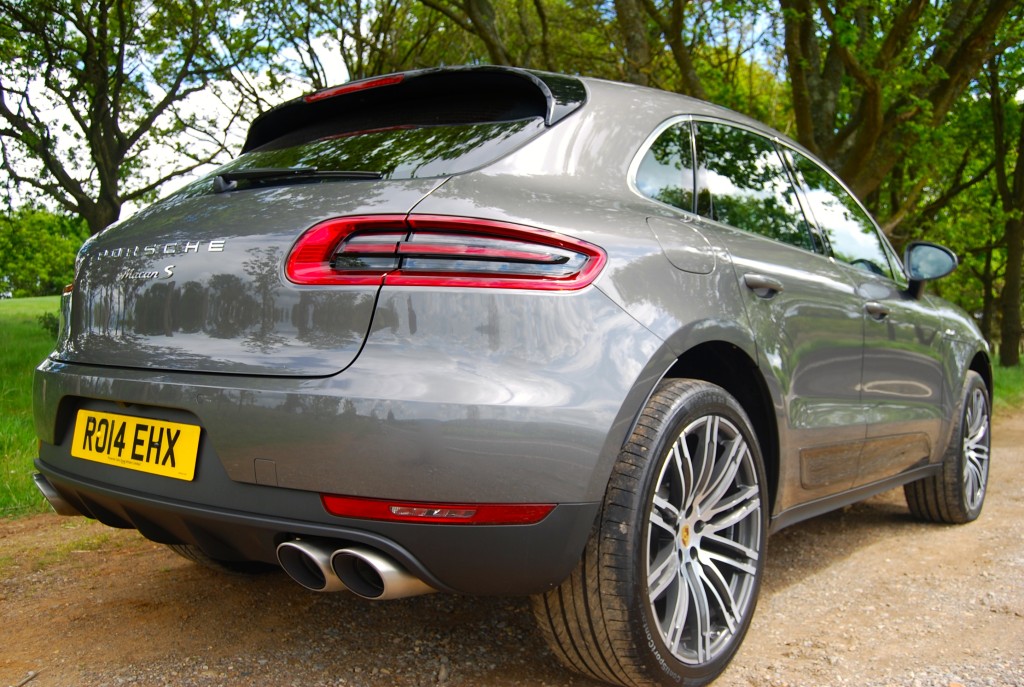 What’s perhaps more important than the range of engines available, though, is the fact that the Macan comes as standard with Porsche’s excellent PDK ‘box across the range, as opposed to the Tiptronic system found in the Cayenne. Again, this decision is undoubtedly pointing more in the direction of performance, less towards gentle wafting.

Porsche were keen to emphasise the Macan’s sporting pedigree, to the point that it’s launch wasn’t held on some quasi-all-terrain test route, it was held at a race-track. And not just any race-track. It was held at Goodwood – a circuit renowned for its high speeds and lack of run-off points. Oh. 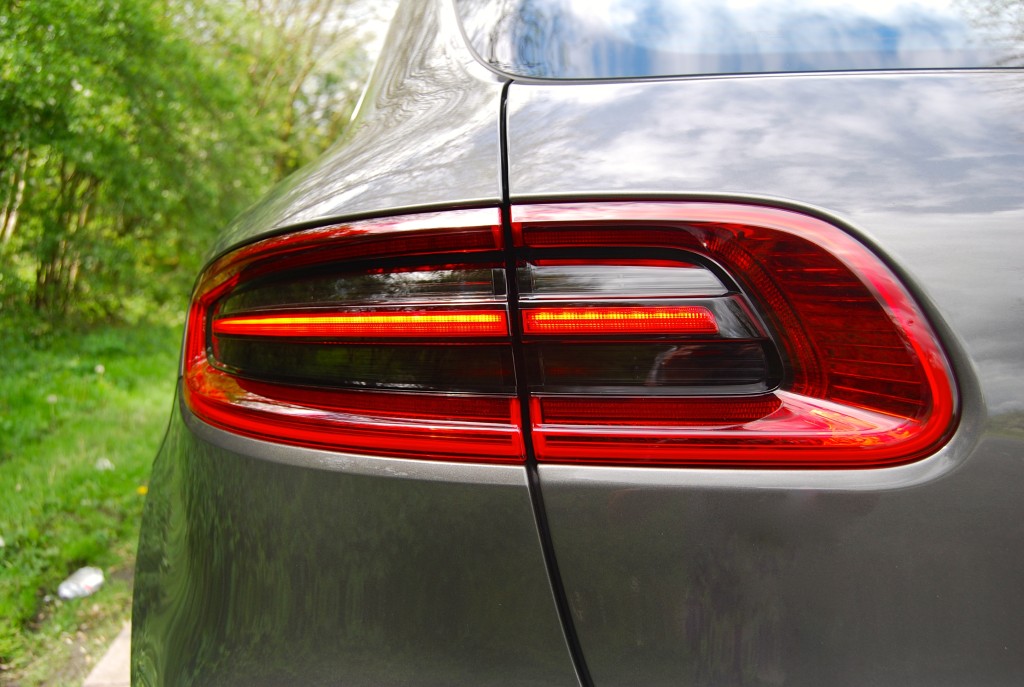 I drove both petrol variants around the Goodwood track, and what’s immediately evident is the lack of body-roll that goes hand in hand with the engines and gearboxes to give a planted, purposeful feel. You can opt to combine your steel-sprung suspension with Porsche’s Active Suspension Management system (standard on Turbo), or even plump for air suspension if you like. I guess it depends on what you plan to do with your Macan, but the way the car handled and reacted to changes in direction and camber was sublime in all three set-ups.

Lightweight battery cables or not, the Macan weighs in at nearly 1900kg, so I was quietly grateful for the reassuring stopping power on offer (Porsche engineer their models so that they can go from 60-0 mph in half the time it takes to go from 0-60), especially when approaching those run-off points. Or lack of. 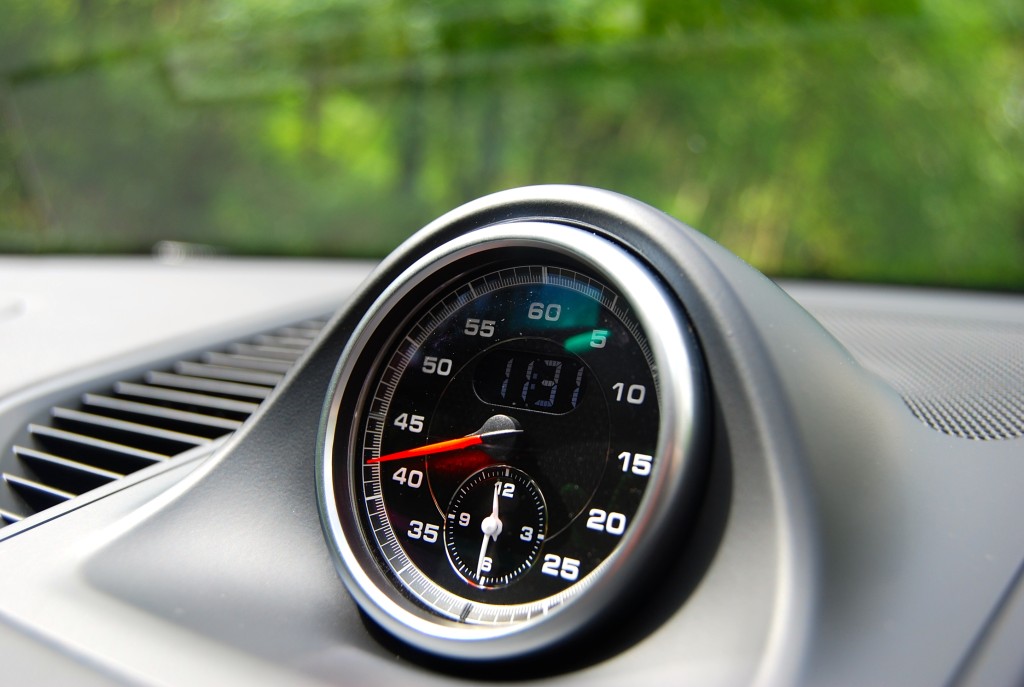 I drove the Diesel on the roads around Goodwood and, lets face it, the road is where the vast majority of Macans will find themselves. Porsche are predicting a 60:20:20 split in the UK (S Diesel:Turbo:S), but I wouldn’t be surprised if the proportion of Diesel models bought was even higher. It really is that good. It may originally have been lifted from the Cayenne, but in the Macan the Diesel unit really comes alive, especially when combined with the ‘Sport’ mode that’s fitted in every Macan, or the really spicy, optional Sport Chrono package. 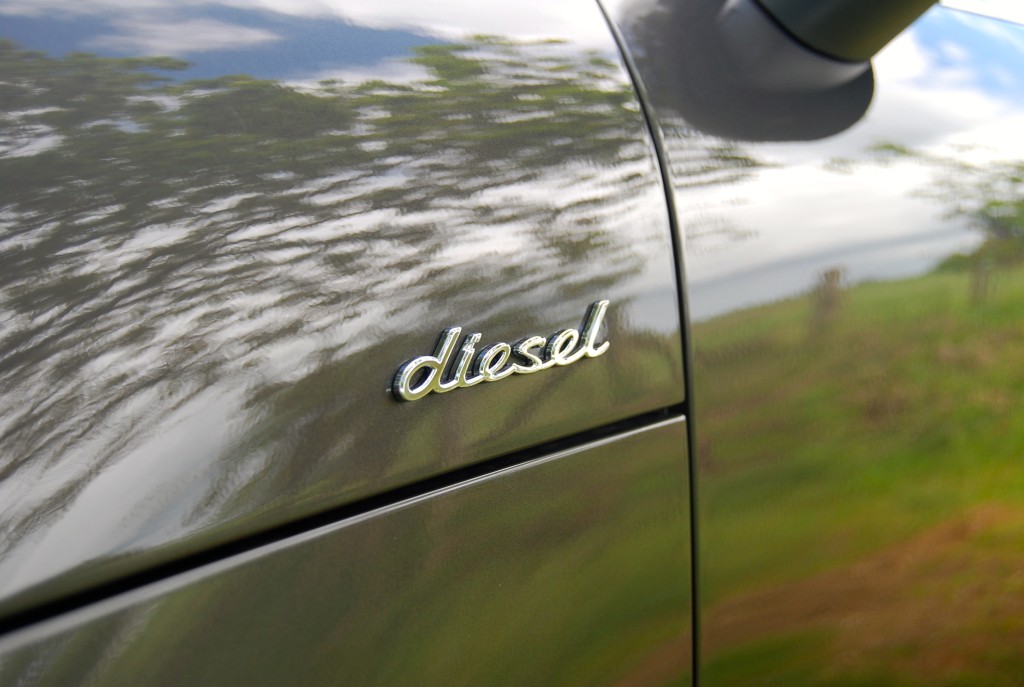 Couple this performance with 46mpg combined and the Diesel is even easy on both the conscience and the wallet. Scarcely believably meagre fuel consumption is another aspect the Porsche Macan shares with the 911, though. Even the Turbo model returns an average 30mpg, although I don’t think our test cars were quite achieving that around the track!

Porsche are understandably eager to grab their slice of the compact SUV market, so much so that, including expanding their Leipzig plant, they’ve invested  £1billion Euro to create what they call the first sports car in the class. On first impressions, they might have pulled it off.

For full details, go to www.porsche.com/uk/models/macan

I'm Ben Harrington and I'm a car lover, freelance motoring journalist and family-man (I'll let you decide the order!) I started Driving Torque in 2010 to share my love of all things motoring with the wider world. Since then, … END_OF_DOCUMENT_TOKEN_TO_BE_REPLACED