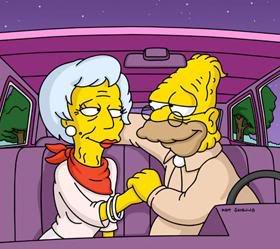 Sir Stirling Moss has recently voiced his opinion that a refresher test should be introduced for all drivers aged either 70 or 75, i.e. OAPs, and I couldn’t agree with him more. Now, I’m not saying that all drivers of this age are bad – Sir Stirling could still teach me a thing or twenty. I’m fairly sure however that most OAPs on the road don’t possess the necessary reactions and awareness to deal with modern day traffic. I recently read that over 70’s are responsible for a mere four percent of accidents that involve injury in the UK and to be honest, I find that a terrifying statistic. Four per cent may not sound like much but when you consider the tiny percentage of drivers over 70 on the roads at any one time, their accident rates are astonishing. Another frightening statistic is that drivers aged over 70 are three times as likely to be killed on injured in a road accident as drivers aged between 40 and 65. Both of these statistics only look at more serious accidents involving death or injury, what about the more common every-day accidents which may not result in injury yet push up insurance premiums nonetheless.

Please don’t think me naive. I’m more than aware that drivers at the opposite end of the age scale are an insurance company’s worst nightmare and with good reason, a combination of over-confidence and a lack of skill do not good bedfellows make. In 99 per cent of cases though, these bad traits are ironed out as everyone has to start somewhere. As the old saying goes though, you can’t teach an old dog new tricks.

I'm Ben Harrington and I'm a car lover, freelance motoring journalist and family-man (I'll let you decide the order!) I started Driving Torque in 2010 to share my love of all things motoring with the wider world. Since then, … END_OF_DOCUMENT_TOKEN_TO_BE_REPLACED