Since it first saw the light of day in 2008, the Kuga has been something of a success story for Ford in Europe, selling over 300,000 units and, according to Ford themselves, attracting buyers who would previously have overlooked the brand. In such tough economic times, it’s tricky attracting sales at all so what’s the Kuga’s secret and does this new, updated model retain it’s predecessor’s magnetic pull? 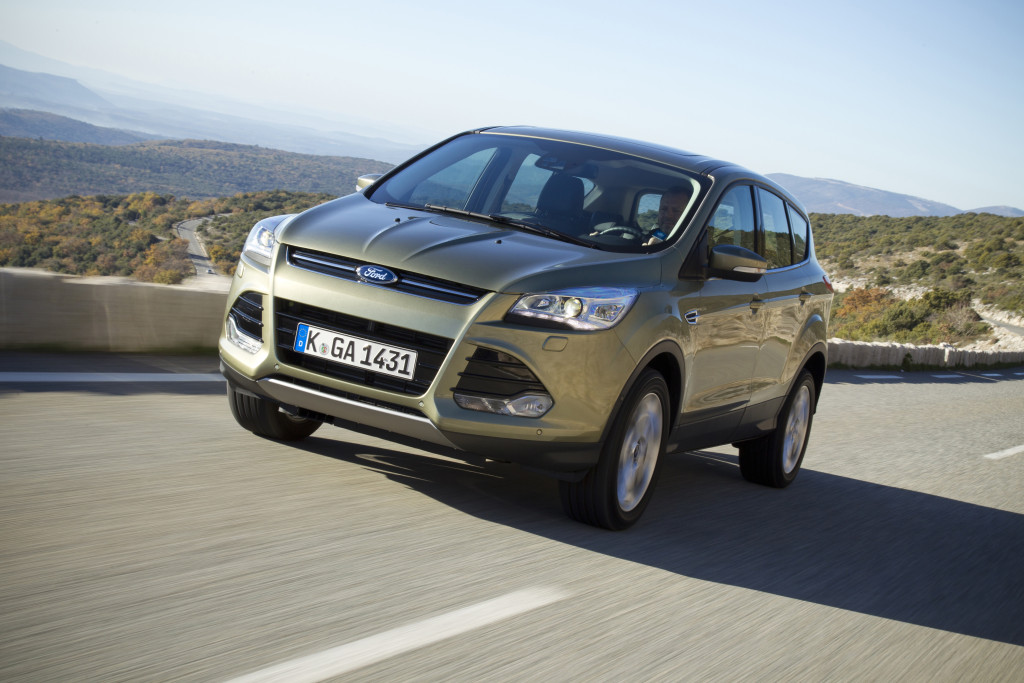 Like it’s stablemate – the Focus, this new Ford Kuga is a global car for Ford. It not only replaces our first generation model but is also sold in the USA under the moniker ‘Escape‘, replacing a much larger 4×4 of the same name. Think it’s impossible to tempt an American out of his gas guzzling pick-up? You may be surprised to read that the Ford dealerships in the US can’t get Escapes into their showrooms quickly enough – it’s an incredibly popular vehicle and, with 5 NCAP and also 5 NHTSA stars, incredibly safe too. 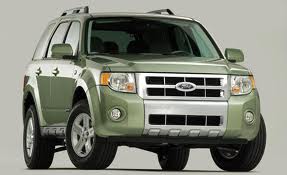 The Kuga is known as the Escape in the US. This is the previous model Escape

Visually, I always found the first generation Kuga very inoffensive with a certain ‘Tonka Toy’ charm that distinguished it from the opposition. It had real road presence, bulges in all the right places and a nice shiny pair of twin exhausts that hinted at a cheeky fun factor on the road. This latest Ford Kuga has undoubtedly retained many of these endearing features but I can’t help but feel that, visually at least, it’s all got a bit grown up. Amalgamating the Kuga with the Escape has inevitably resulted in a slight compromise with it’s styling. Thankfully however, the US market have adopted our curvy Kuga more than we’ve endured their boxy Escape. 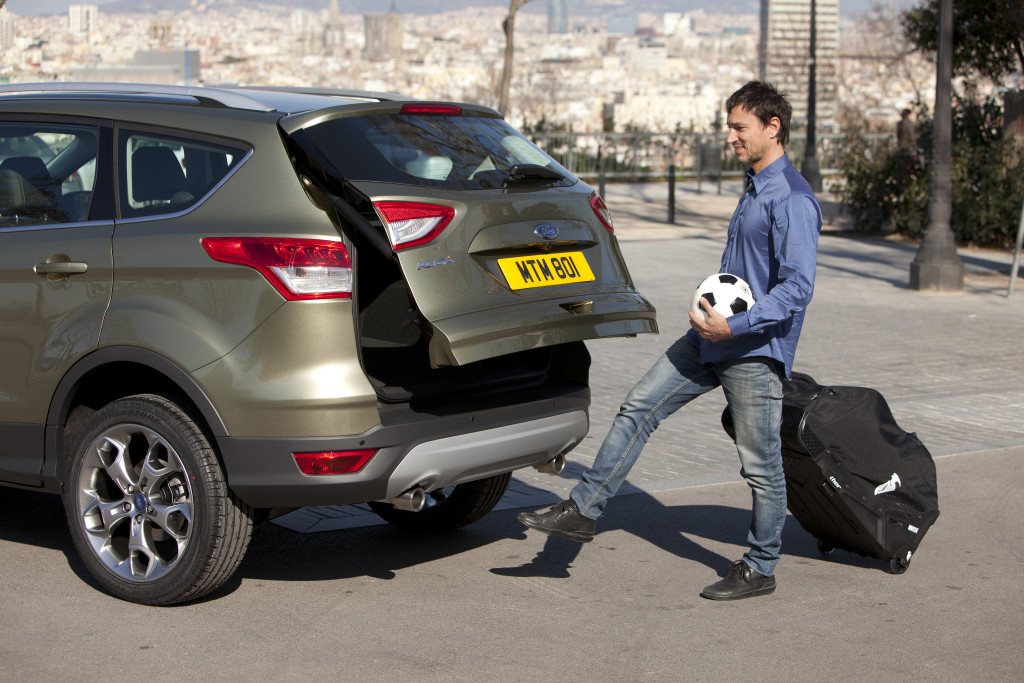 The new model is longer (81mm) and marginally narrower (4mm) than the outgoing model which does give it a more sensible, upright silhouette and detracts from its previous squat image with its shorter, less cumbersome overhangs. Ford claim to simply be listening to market feedback who apparently demanded more luggage space. One can’t fault them for this but it just seems a shame that the trade-off for a larger boot (up 82 litres on previous model) is inevitably a loss in the looks department. On the boot subject, Ford are very proud of their new, automatic, hands free tailgate which is designed to allow items to be quickly stowed away, without fumbling around in the rain for the keys. With the ‘correct’ kick under the rear end, the system does open and close as advertised. Be warned though – looking foolish is easily achieved, either by adopting the wrong style of leg movement or, as I did, by solidly cracking one’s shins on one’s own bumper.

It’s that same story up front too. Here is where the influence of the US market is more obvious and the result is a far more angular, dramatic ‘face’. It’s all new, triangular air intakes are slightly reminiscent of Porsche’s Cayenne – certainly not the prettiest car in the world but definitely one of the more striking. 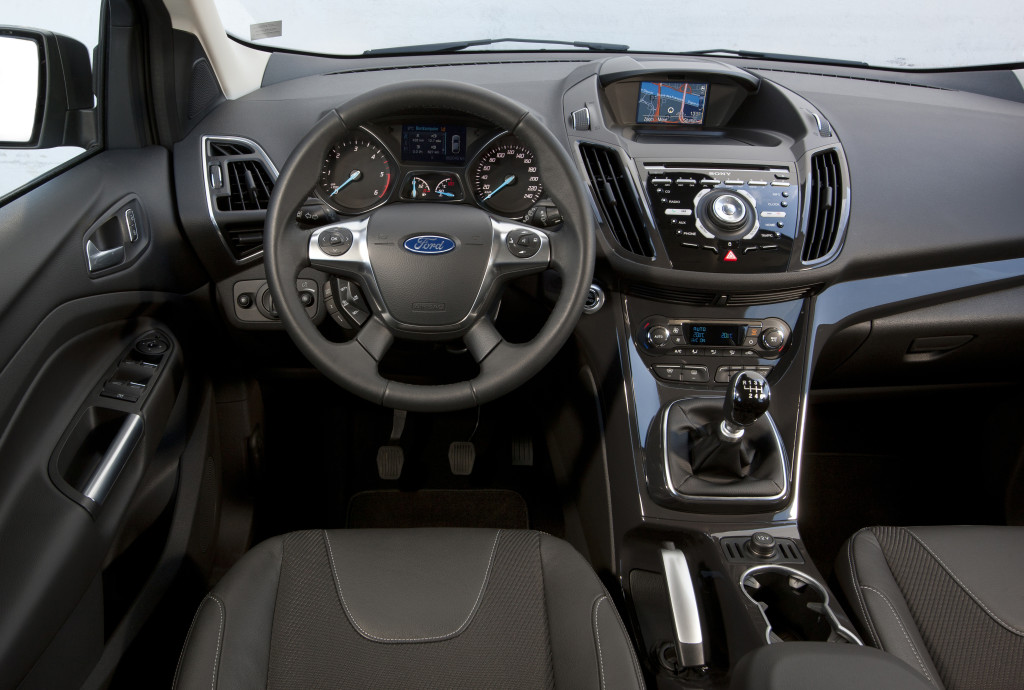 Some fantastic design features inside

Inside the new Kuga, there’s a reassuring air of quality that seems to be indicative of most current Fords. The standard of materials used and imagination in design are largely unseen in this price bracket and are testament to Ford’s commitment to forgetting mistakes made in the past and establishing themselves as a marque of quality once more. 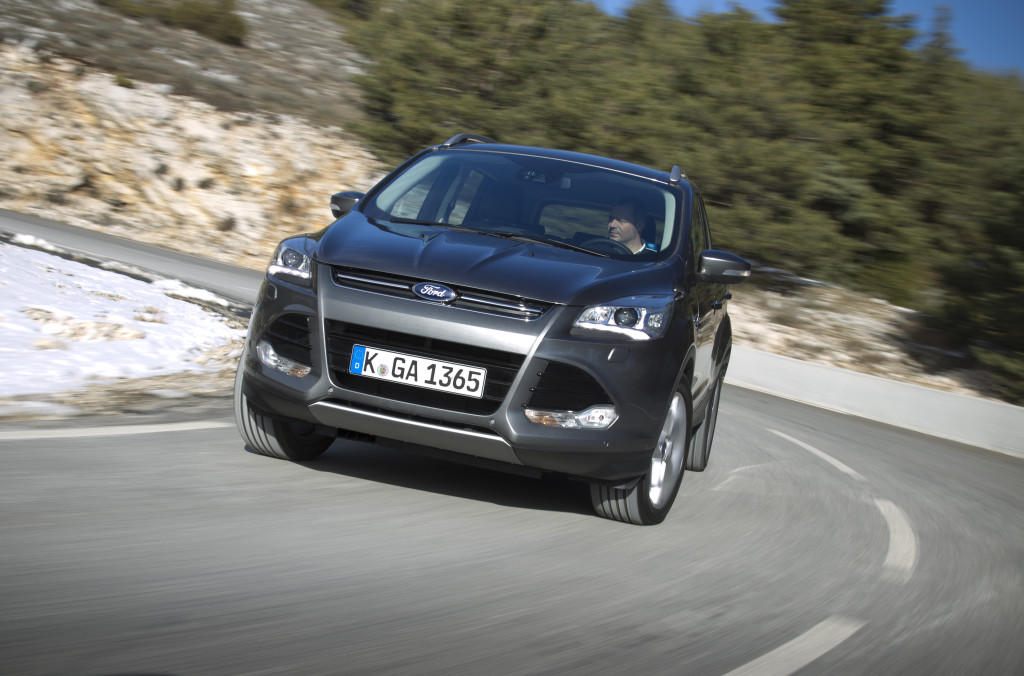 Learning the intricacies of exactly how all these systems work is both unnecessary and slightly boring. What isn’t boring however is what they all add up to on the road. Our test route, high in the hills above Valencia offered many bends with varying angles and elevations to really stretch the capabilities of a lofty SUV. Ford insist that the S in SUV stands for Smart in this instance and when it comes down to how the Kuga drives, I’m inclined to agree. Yes, the roads around Valencia offer a surface quality that we in the UK can only dream of but, either way, the Kuga was resolutely unshakeable. The AWD system on our test vehicle apparently analyses feedback from the aforementioned driver aids 40 times every 16 milliseconds and I could well believe it. The result is a sensation not dissimilar to Ford’s own Focus with its limpet like qualities; no mean feat for a tall 4×4 with running gear that’s designed to also be able to cut it off-road.

The new Ford Kuga will be offered with a range of engines; 2.0l Diesels in either 140PS or 163PS guise and Ford’s 1.6 EcoBoost petrol with either 150PS or 180PS. Our test cars came equipped with the Duratorq Diesel engine (163PS) and I’m sad to say, this is the Kuga’s weakest link. This Diesel engine is unusually keen to rev but, even with the Kuga’s valiant attempts at sound deadening in the cabin (including thicker glass), when pushed hard, the reverberations and clatter were intrusive, antiquated and completely out of sync with the car’s funky image. 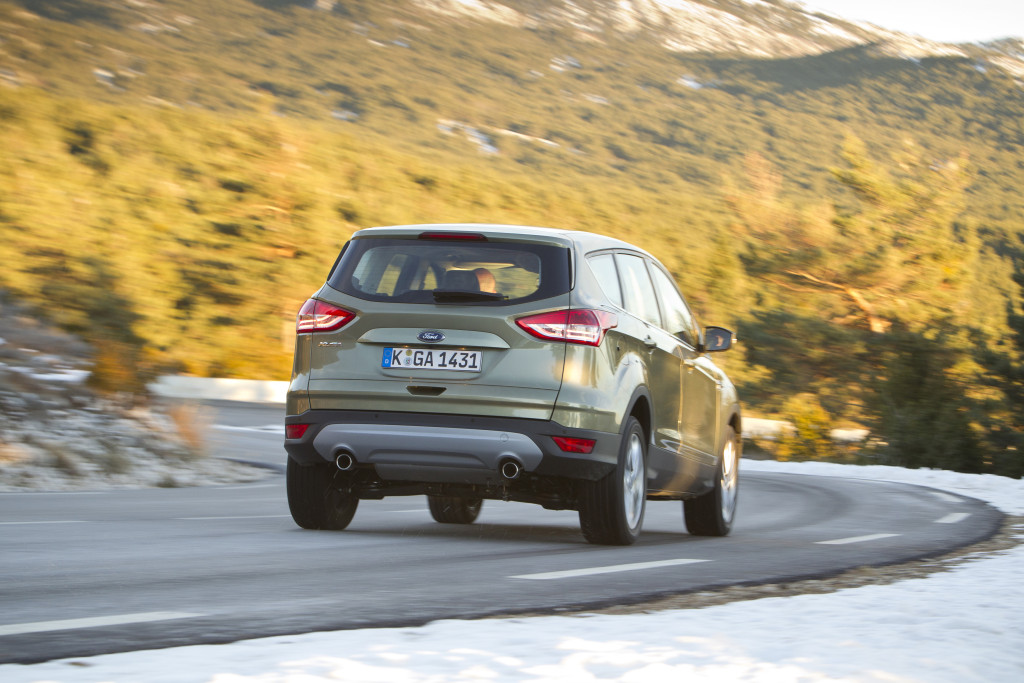 The EcoBoost engines could prove to be a real highlight for the Kuga, not only by producing a more pleasant noise but by also improving handling further due to their comparative lightness. The only stumbling block may be that Ford have decided to offer the 150PS variant in FWD only, reserving the higher output lump for 4WD. Not that I’m envisaging the vast majority of Kugas ever experiencing much more by way of off-roading than a grass verge, but any potentially adverse effect on the 4WD model’s impeccable road handling would be a real shame. If, however, the FWD EcoBoost Kuga does tow the party line and sticks to the road like glue, it’ll surely become a common sight in the UK as its economy and CO2 figures aren’t a million miles away from its Diesel counterparts, with acceleration becoming far more spirited. Couple this with the entry-level Kuga being available for £20,895, a full £1,000 less than the equivalent outgoing model and it could be a great package.

Conversely, I feel that the 180PS model will sell in very limited numbers as it offers no hike in performance due to the extra weight of its 4×4 system, whilst fuel consumption and CO2 emissions stumble to unacceptable levels in this segment (36.7mpg combined and 179g/km CO2).

With improvements in almost every area, stunning handling and a very welcome price drop, the new Ford Kuga has little to dislike and with this segment expanding 40% since 2008, I see very little reason why the Kuga won’t continue to take a hefty bite. However, Ford predict that it’s Diesel Kugas will outsell the petrol variants 3:1. Armed with the mighty EcoBoost, I’m not so sure. I definitely plan to get my hands on one soon though, to provide my full verdict.

I'm Ben Harrington and I'm a car lover, freelance motoring journalist and family-man (I'll let you decide the order!) I started Driving Torque in 2010 to share my love of all things motoring with the wider world. Since then, … END_OF_DOCUMENT_TOKEN_TO_BE_REPLACED