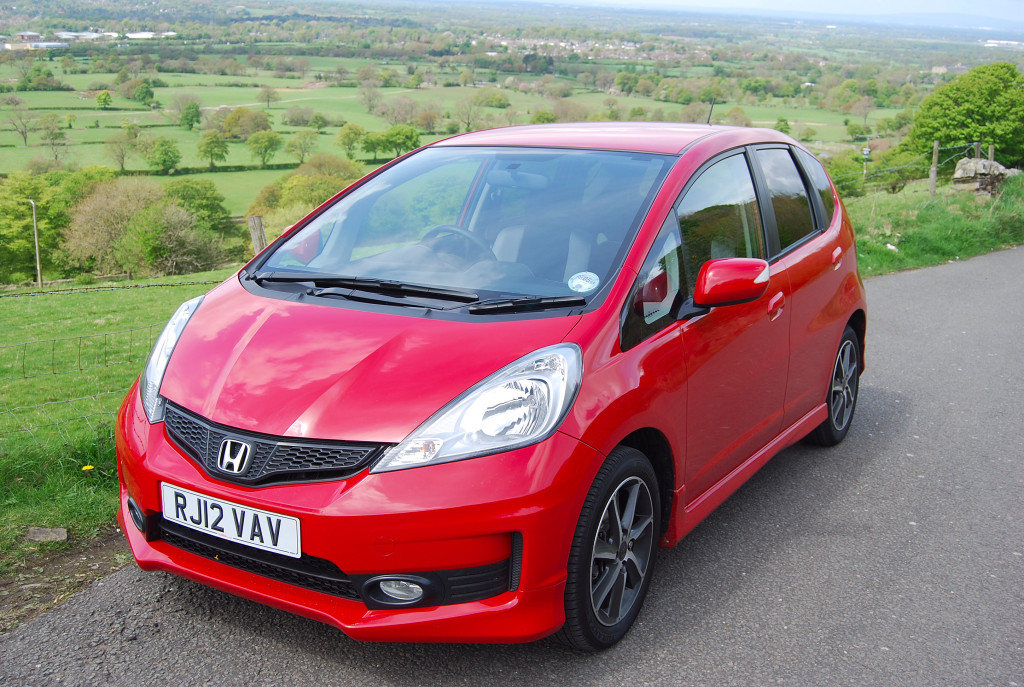 When the UK was first introduced to the Honda Jazz in 2002, it was seen as a quirky little hatch with big ambitions and some clever ideas to match. It was marketed as a little family car that would stand out from the crowd, setting you apart from the swathes of Fiestas, Corsas and Clios. In the following eleven years, with a little help from a few face-lifts, it’s still a popular sight on our roads; albeit with an, ahem, more senior driver stereotypically at the helm.

According to Honda themselves, late 2013 will see an all new Jazz (named ‘Fit‘ in Japan) being unveiled at the Tokyo Motor Show, complete with far sportier aspirations than the outgoing model. It will be built on an all new scalable platform which will allow Honda to spawn all manner of spin-offs, most likely starting with a small SUV to compete with the likes of Nissan’s Juke. 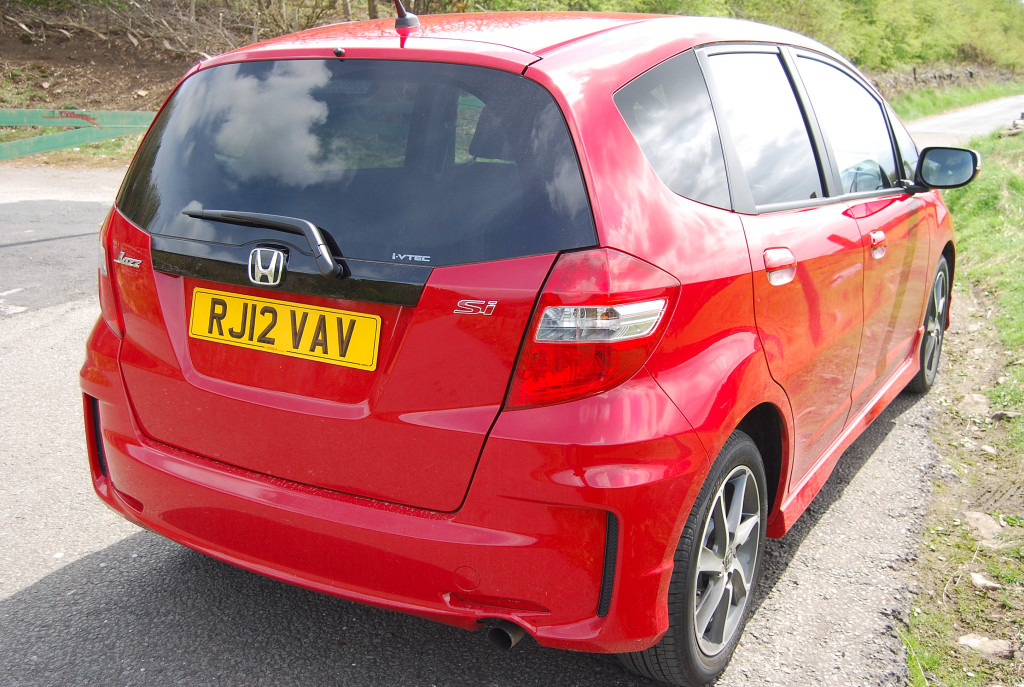 Rear air outlets may only be for show, but they add a certain something

What we have on test here then is the current model Jazz in its sportiest guise – the Si. I felt it would be appropriate to get ‘hands on’ with Honda’s little warm-hatch to possibly gauge just how much work is required to make the all-new Jazz a serious contender. I’m fairly confident that I’ve never seen this model on the road before, which is hardly surprising considering the typical customer the Jazz attracts – grandparents and mothers of small children. Neither of which are renowned for gathering in Tesco’s car park to impress their mates with a handbrake turn.

First impressions of the Si, I have to say, are rather good. They may be applied more for form than function but this Jazz has its own natty little air scoops and wings that, combined with its black on silver alloys, really make it stand out from the crowd. I parked the Si next to a ‘standard’ Jazz and it’s little visual highlights really shone; I parked it next to a first gen Jazz and the evolution is startling. This outgoing model Jazz has come a long way since it’s predecessor which bore certain resemblances to a proper Japanese ‘K’ car. 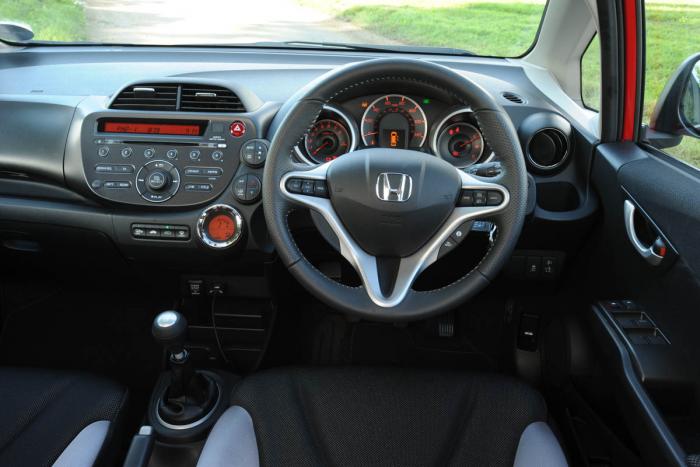 Inside the Si, things aren’t quite so dramatic. It’s usual Honda fare in here with some quality touches including the semi-sporty seats. There’s definitely that reassuring feeling that this Jazz has been screwed together properly, as with most Hondas, but I was a little let down by the grade of some plastics, especially the highly visible ones that are always in view on the ultra-deep dashboard. Items such as the dial binnacle are also showing their age now, but with an all new model on the horizon, it’s hardly surprising that certain items won’t be cutting edge.

This car has always sold in high numbers due to the clever nature of its cabin space and, there’s no getting away from it, a good idea continues to be a good idea. The Tardis like proportions are a wonder to behold, with ample head and leg room in every seat. Couple this with a cavernous boot and the Jazz’ trademark Swiss Army Knife-esque rear seats which fold, contort and move in all manner of directions to suit one’s particular needs, and you genuinely couldn’t ask for any more from such a compact package. Honda have obviously gone to great lengths to make visibility optimal in the Jazz by fitting it with acres of glasshousing and providing a commanding, upright driving position, just don’t expect a low-slung, hunkering racing Recaro to perch oneself on, as that’s really not going to happen. 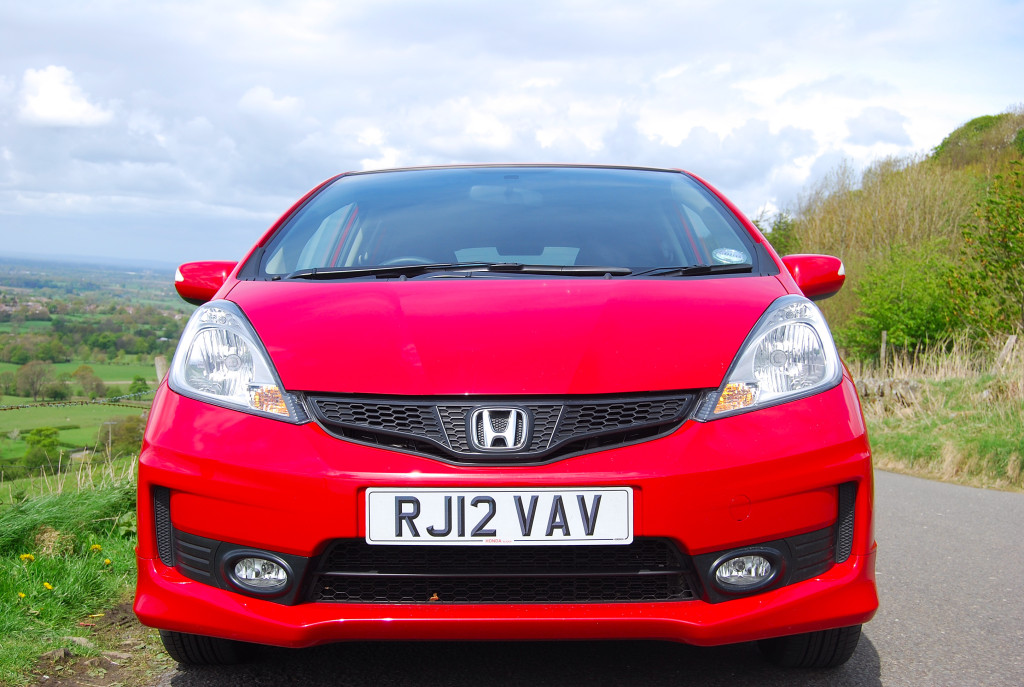 Fire the Si’s 1.4 litre unit up and the only indication that it’s ready to go will be the needle on the rev counter jumping into life. Quite conversely, this is one of the few cars I’ve tested that sports a quieter cabin when the engine’s running than when it’s not, mainly due to the various bings and bongs that every Jazz emits to warn the driver that the door’s open, or they’ve not donned their seatbelt, or it’s a Tuesday. I’m all for driver aides but the fact that the Jazz doesn’t even wait for you to set off before going into a seatbelt related panic is all a reminder of the slightly more senior nature of many Jazz drivers. I think that turning the nanny-state dial down a notch or two in the new model would be hugely appealing, please Honda.

So, we’ve established that the Jazz Si looks the part, but does it have the function to match the form? The engine may not emit a raucous exhaust note but that’s not what the Jazz is all about, economy and ease of use are it’s purpose in life. Ignore the change-up lights whilst keeping the loud pedal planted though, and the Jazz Si will pull smoothly round the rev range in every gear. It may not be as keen and eager to hurry to the red-line as certain sporty Hondas of the past but, again, you really have to bear in mind what the Jazz was designed for. 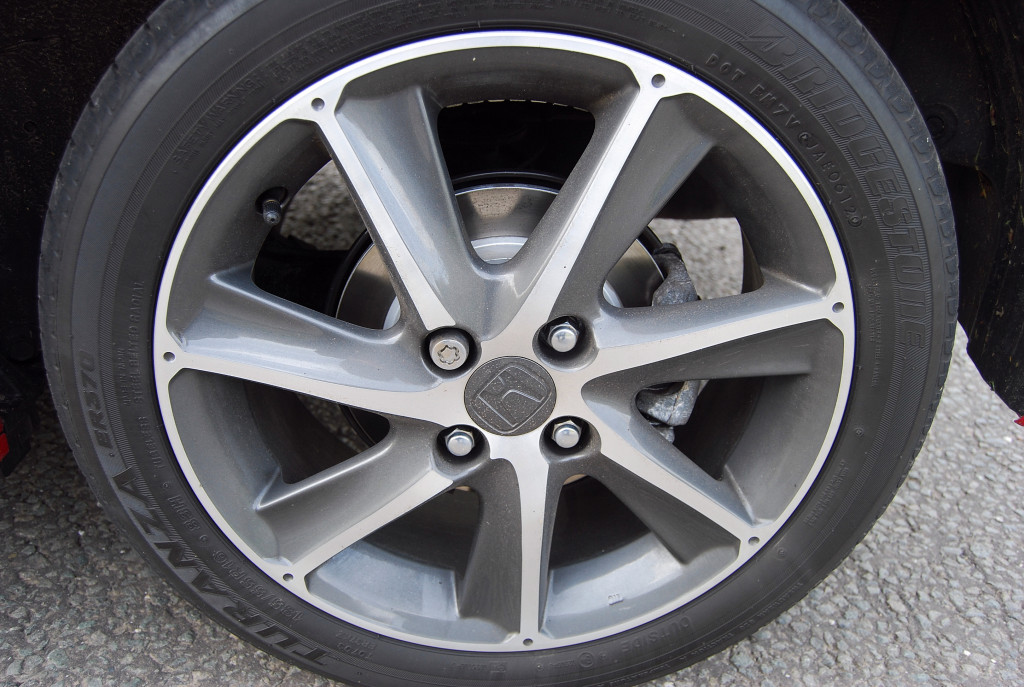 One aspect of the Jazz Si that’s really worth writing home about is the way it handles. It’s been fitted with a sports suspension package that’s only found on this model and I think it really shows. Considering the fairly upright nature of the body and it’s relatively short, narrow stance, this little car has the ability to surprise and delight in equal measures when navigating the twisty stuff. It may take a little while to grow confidence in the steering as it’s massively assisted for easy driving around town, but throw the Jazz Si into a tight chicane and the lack of understeer is genuinely fun and reassuring. This, coupled with brakes that feel as if they’d stop a train really stand the Si apart from its more pedestrian brethren. 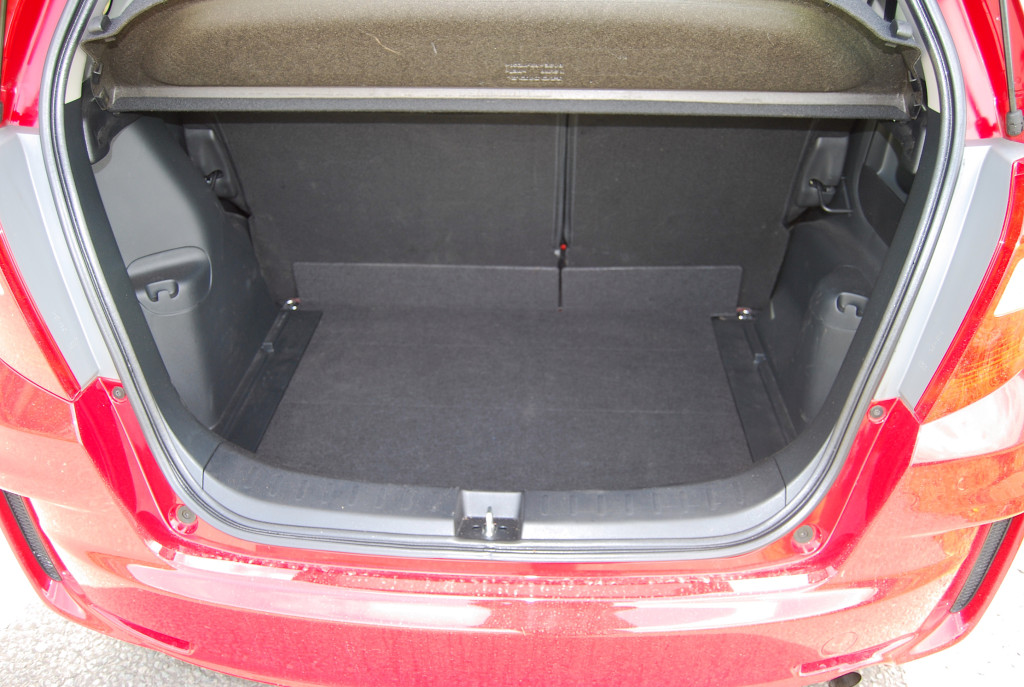 379 litre boot in a car of this size is impressive

The Honda Jazz was a fairly ingenious idea when it was released over a decade ago and what made it so popular is still valid today. It’s one of the easiest cars to drive, park and fit people into that I’ve ever experienced and anyone with a young family will doubtless agree with me that these factors do matter. Does the Si spec stand up to scrutiny next to the many warm-hatches on sale today? in truth, probably not. It’s slightly lacking in the excitement department and a lack of stop-start and a 6th gear contribute towards emissions of 129g/km which isn’t exactly market leading. One thing’s for sure though – when the new Jazz is put on display later this year, Honda have the engines, pedigree and expertise to make it as sporty, involving and economical as they bloody-well want to. Jazz Type-R, anyone?

I'm Ben Harrington and I'm a car lover, freelance motoring journalist and family-man (I'll let you decide the order!) I started Driving Torque in 2010 to share my love of all things motoring with the wider world. Since then, … END_OF_DOCUMENT_TOKEN_TO_BE_REPLACED