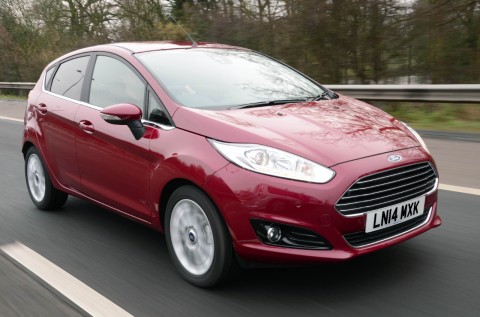 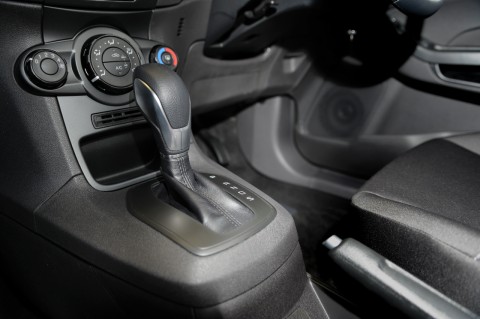 All this could be about to change though. Many people within the industry have referred to their crystal balls and predicted that the manual ‘box and it’s vice-like grip on the on the market may be coming to and end. Advances in gearbox technology such as double clutches like this one here and CVT have seen the clutch pedal become slightly less common, even in Europe where we’ve subtly sniggered for years at the USA’s anxious aversion to ‘driving stick‘.

If they have got it right, this Ford Fiesta Powershift should be as good as any, more diminutive automatic car. The engine is their much-lauded EcoBoost three cylinder unit in 100PS guise; a power source that seemingly knows no bounds and marches on with its mission to change the world. The manual variant of this car is a world-beater; the Fiesta is Britain’s top-selling nameplate and with good reason (read the review here). Great place to start, then, but by taking away the need to change gear, have Ford lost anymore of the Fiesta’s appeal in the process? 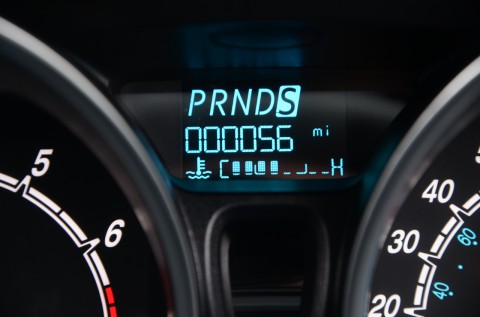 The Powershift gearbox is refined enough; there’s no clunky, head-jarring up-changes, and it goes upwards from cog to cog with little fuss and in near silence. Higher gears are hung onto a touch too long when going back down through the range which takes a little of the fun out of cornering, but there is the option to change down yourself via a switch – this may detract from the point somewhat, though. Creeping slowly through traffic amplifies the nature of the three-cylinder engine, and there is a ‘put-put‘ feel under 5mph. Any quicker and the engine is as refined and characterful as usual, doing whatever’s asked of it dutifully. There’s even a ‘Sport’ mode available; select this and you’ll be amazed at how quickly 99bhp can propel what isn’t a tiny car anymore, whilst still giving a smooth ride. 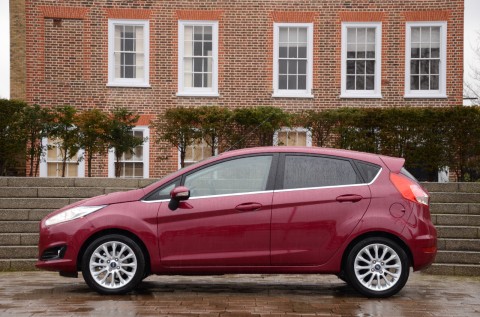 So, it’s business as usual with the trustworthy Ford Fiesta, and you don’t even have to change gear yourself. Sounds too good to be true – surely every model will be this way from now on and the manual ‘box will soon become a thing of the past. Maybe not though – there are a couple of downsides to this added convenience.

One age-old drawback of automatic ‘boxes was always the reduction in economy, and it still rings true here. Combined MPG drops from an impressive 65.7 to a slightly-less-so, 57.7, and CO2 rises from 99g/km to 114g/km. This, of course, takes the car into the realms of *shock-horror* paying VED, or road tax. Let’s put this into perspective here though; it’s still only in band C, which will lighten your purse by a measly £30 per annum, so nothing to lose any sleep over.

The addition of the auto ‘box isn’t the only reason for the Powershift’s drop in economy, though. The fact that it loses Stop/Start may not make that much of a difference in the real world, but it does affect things when the powers-that-be measure emissions. Ford themselves state that it’s not financially viable at this stage to add Stop/Start to the Ford Fiesta but, for me, that’s not giving it a fighting chance. If the car proves popular enough, expect Stop/Start to suddenly appear further down the line. 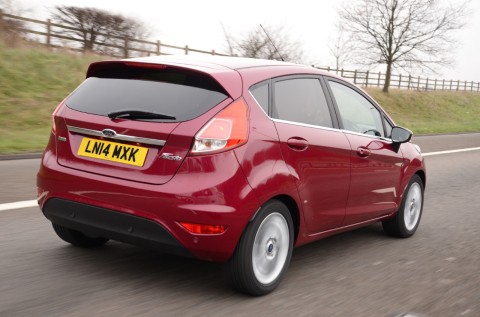 The other slight issue comes down to the price. With the manual ‘box, the Fiesta EcoBoost 5dr in Zetec trim is available from £14,195 at time of writing. Opt for this Ford Fiesta Powershift, and you’ll have to part with a slightly dizzying £15,445; that’s a very expensive gearbox, especially when it’ll also incur the extra running costs I mentioned earlier. It’s still cheaper than some of the competition such as the automatic Clio, but once you start adding extras to this Zetec trim, the price could easily get a little silly.

Automatic gearboxes are becoming more popular, there’s no doubt about it. For now, though, I feel that it comes at slightly too high a price in this Fiesta, both in terms of outlay and driver satisfaction. If you really need or want a smaller auto, this Ford Fiesta Powershift is still a good proposition, but you’d have to really need or want one to forego the pretty-near-perfect manual.

I'm Ben Harrington and I'm a car lover, freelance motoring journalist and family-man (I'll let you decide the order!) I started Driving Torque in 2010 to share my love of all things motoring with the wider world. Since then, … END_OF_DOCUMENT_TOKEN_TO_BE_REPLACED