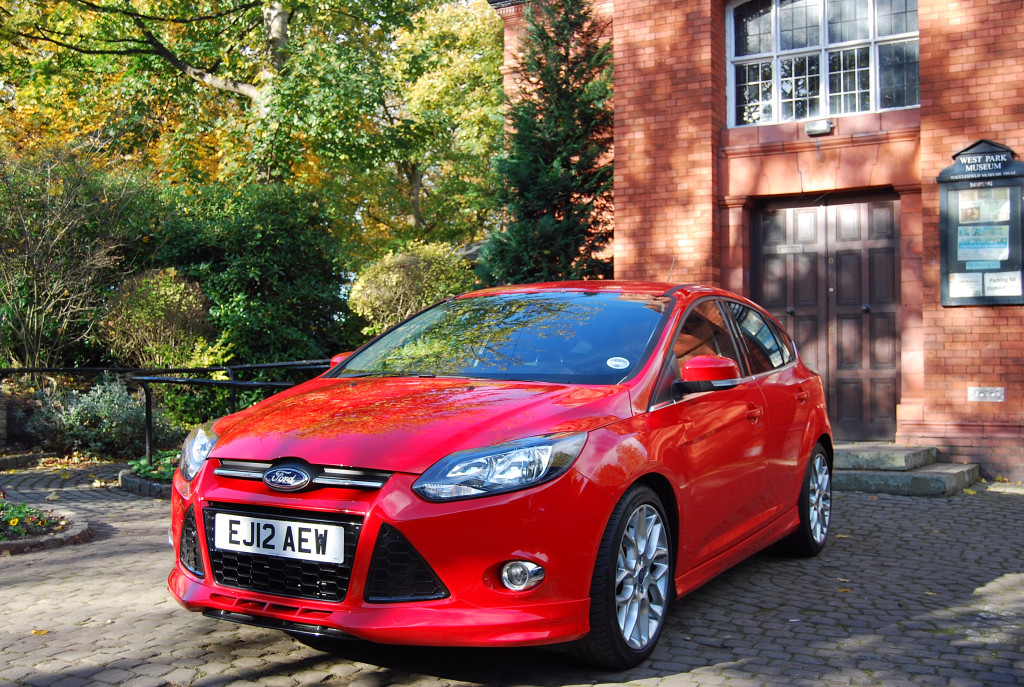 So, you’ve been on plenty of test drives, engrossed yourself in a small forest’s worth of brochures and come to the conclusion that Ford’s Focus, powered by their much-lauded 1.0l Ecoboost engine is the car for you and your family.

BUT THEN. You take one last look inside your steed of choice and that nagging feeling creeps into your head again, that sneaking suspicion that it may just be a little small for your needs. 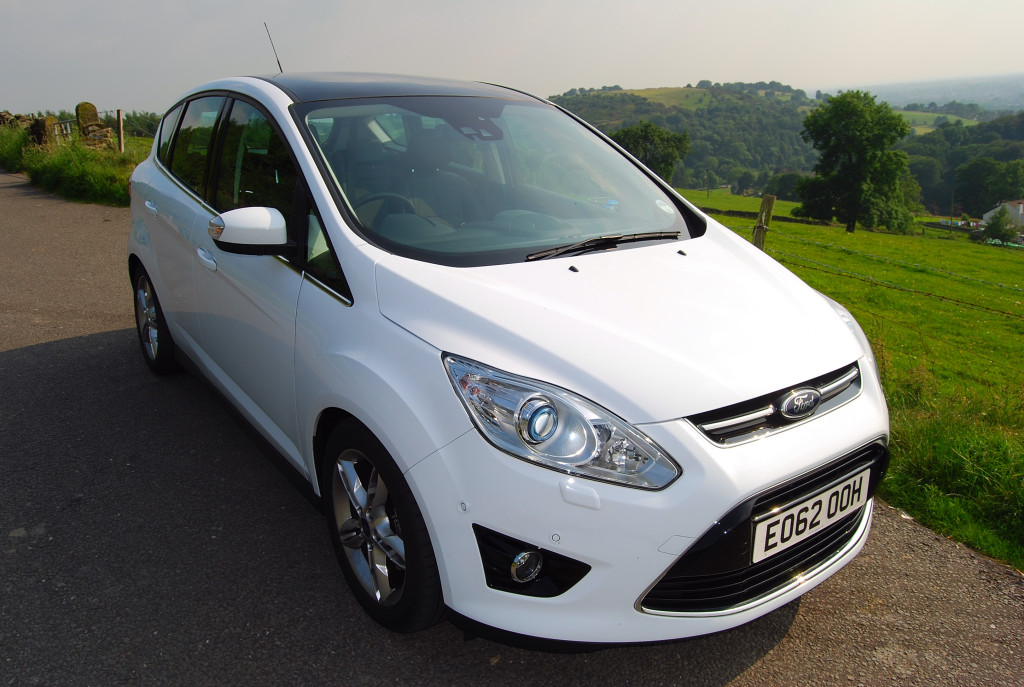 So, what do you do? The prospect of starting at square one again is just one big headache but, don’t despair, there could be an answer and it comes in the shape of Ford’s C-MAX.

Launched in 2003 and originally labelled ‘Focus C-MAX‘, it did resemble exactly that; a slightly disproportional version of Ford’s ubiquitous hatchback whose good looks had faded during the transition process. Now simply named ‘C-MAX’ in its own right, it’s easily identified as part of the Ford stable without the requirement to cling so closely to the Focus‘ coat-tails. 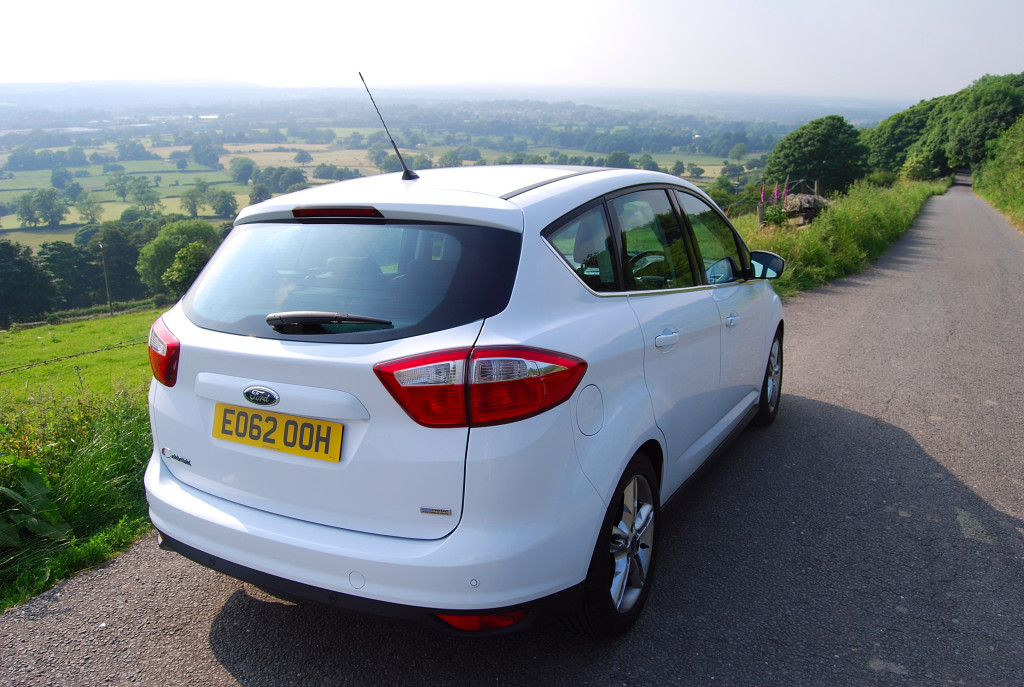 Available in 5 and 7 seat (Grand C-MAX) flavours, the two models are easily distinguished by the more voluminous C-MAX’s, slightly van-like rear sliding doors. What we have here for your delectation is the, undoubtedly more attractive, 5 seat C-MAX in range topping Titanium X flavour, powered by that all important, diminutive lump, the 1.0l Ecoboost engine. 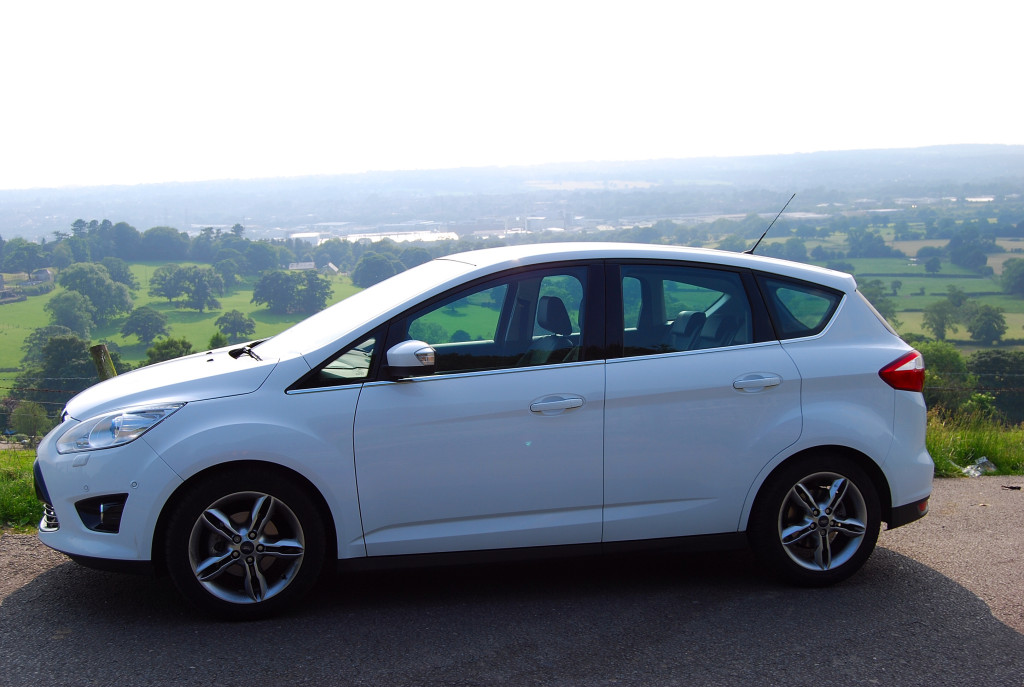 On the inside, the extra room is noticeable and adds a sensation of airiness, especially when combined with our test car’s panoramic glass roof. The trade-off for this increase in living space in MPVs is usually a more vast glass-house and a certain ‘gold-fish bowl’ sensation. Not so with the C-MAX, however. Ford have apparently raised the car’s shoulder line, keeping glass to a minimum, the result being a more purposeful stance and a less ungainly appearance.

So far then, it’s looking like something of a no-brainer: Why buy the smaller Focus when you can have the C-MAX? It’s well designed and economical, just like the Focus, but you gain a sizeable chunk of extra room to swing the proverbial cat around in. Game over. Decision made. 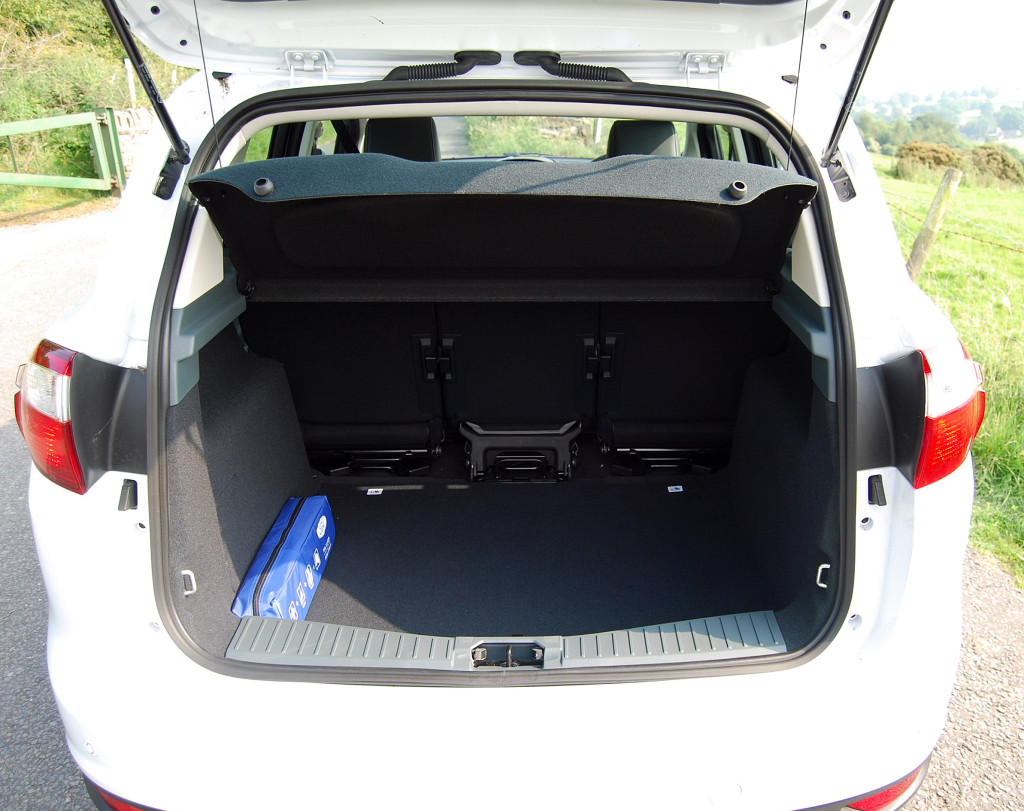 Well, not quite. I’m the first to admit that I was wrong about Ford‘s 1.0l, 3 cylinder Ecoboost engines. On paper, I wrote it off as some marketing stunt that couldn’t possibly work and would result in the most yawn inspiring range of cars that Ford, née, the world had ever seen. Having driven many cars equipped with this marvel of engineering, I could immediately see what the rest of the planet also saw – that it does work. It capably hauls the Focus around without any struggle and in the Fiesta, it’s positively fun.

I’m going to go out on a limb here though and state that I think the C-MAX may be a bridge too far for such a diminutive unit. On paper, the Focus and C-MAX are separated by just 0.1 seconds (11.4s vs 11.3s) in their race to 62mph and the larger model is alleged to achieve better mpg and Co2 levels. In the real world though, things just don’t work like that. The 6 speed ‘box in the C-MAX may go a long way towards achieving those impressive statistics but there’s no getting around the fact that if you want more space, you’re also going to get more weight and your aerodynamic qualities are going to suffer.

I felt that the extra weight of the C-MAX just took the edge off what is still a fun drive in the Focus. The difference is negligible, but to try to achieve adequate fuel consumption figures, the ‘change-up’ light seemed to be quite insistent on a move up the ratios at times, when my natural instinct was to hang onto a gear for a second longer.

Although Ford have done an admirable job of making a compact MPV handsome – no mean feat – the trade-off is an increase in ride height that affects the legendary Focus handling traits. It’s not a significant loss and it would be unfair to say the C-MAX wallows around like an old American police car, but there is a difference.

All this talk of performance and handling in relation to the C-MAX is perhaps unjust as, ultimately, that’s not it modus operandi. So let’s forget it’s Focus roots for a minute and just take it as a stand-alone car – does it score highly compared to its direct competition? The answer to this would be a resounding ‘Yes’. I’m going to assume that it’s the living space in a car of this nature that makes or breaks a potential sale and this is where the C-MAX excels. The layout and dash may be standard Ford fare but this should in no way be taken as a criticism; it’s attractive, well-built and, perhaps most importantly, simple to use. The theatre style seating will give any rear passengers that commanding view of the road they crave and the extra height of the C-MAX definitely adds an essential sensation of airiness and space – especially when combined with the Titanium X’s panorama roof.

If you’ll allow me to put my critical head back on, I still don’t fully get on with Ford’s Sync system as it seems easily confused but, in true Microsoft style, a simple turn on/turn off procedure seems to remedy any glitches. I’d also be less than 100% trusting of the C-MAX’s self parking system – my first attempt resulted in a collision with the kerb and a coming together with a lamp-post was only narrowly avoided when I intervened with the brake pedal. Some work still required here I feel.

To conclude, the C-MAX is a highly useable, well thought out car, but then most compact MPVs are these days. Where it excels though is its visual charm and it’s car-like drive, just don’t expect it to be quite as sorted as the Focus.

I'm Ben Harrington and I'm a car lover, freelance motoring journalist and family-man (I'll let you decide the order!) I started Driving Torque in 2010 to share my love of all things motoring with the wider world. Since then, … END_OF_DOCUMENT_TOKEN_TO_BE_REPLACED