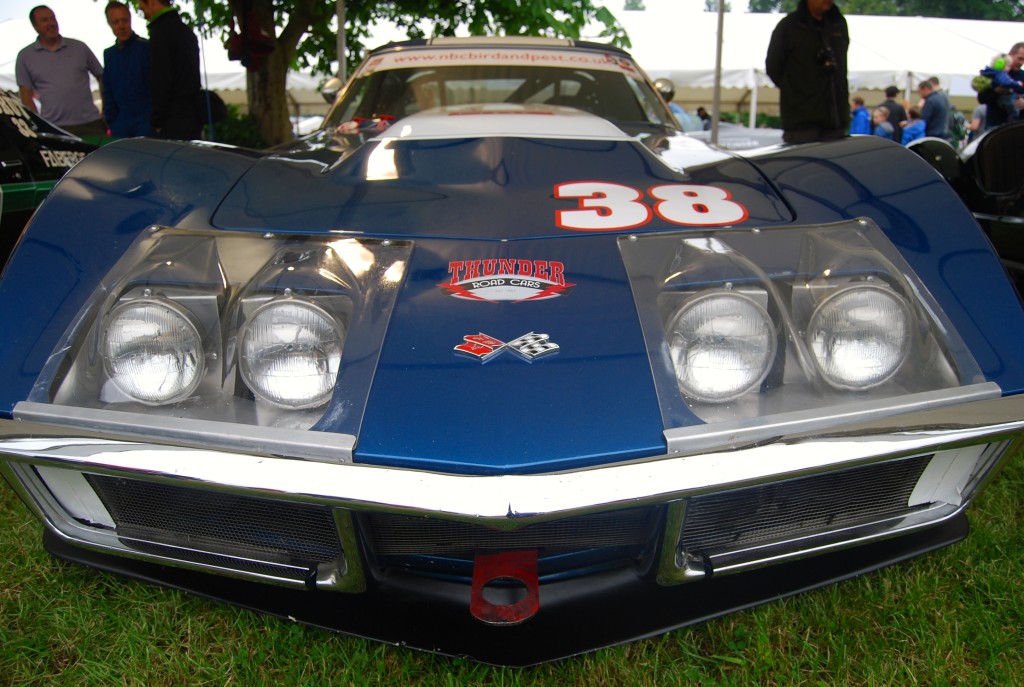 The 13th – 16th of June once again saw the peace and quiet of the usually tranquil grounds of Cholmondeley Castle in Cheshire shattered, as thousands of horsepower were unleashed on the ground, in the air and on the water, the Cholmondeley Pageant of Power 2014 had landed. 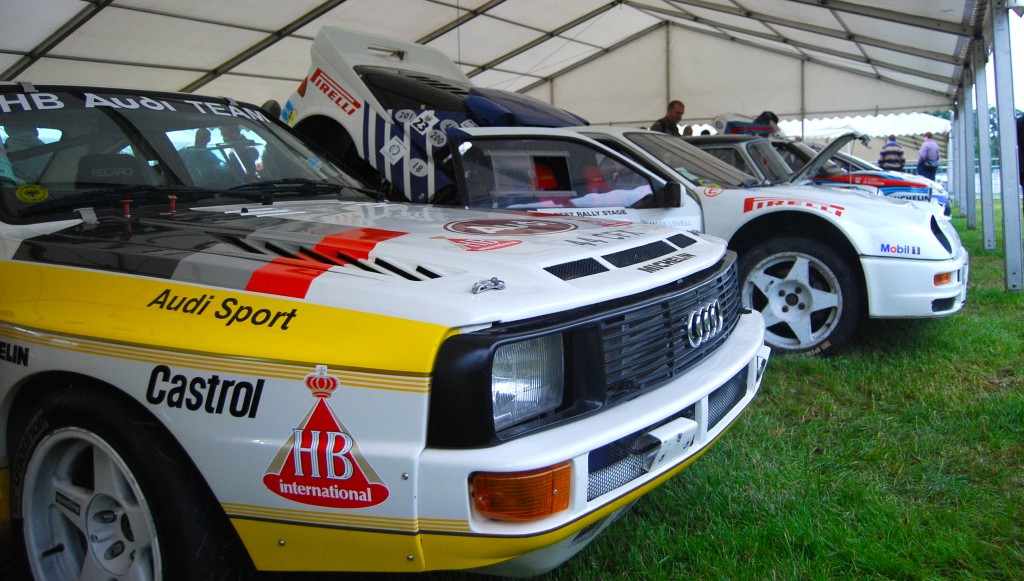 Some of the Rally Car class

Ticket sales were apparently up an impressive 30% on last year’s event and a record 67,000 people attended over the three days. Holding the event on the Father’s Day weekend could be very helpful in this department as it really is accessible motor sport that the whole family can enjoy. 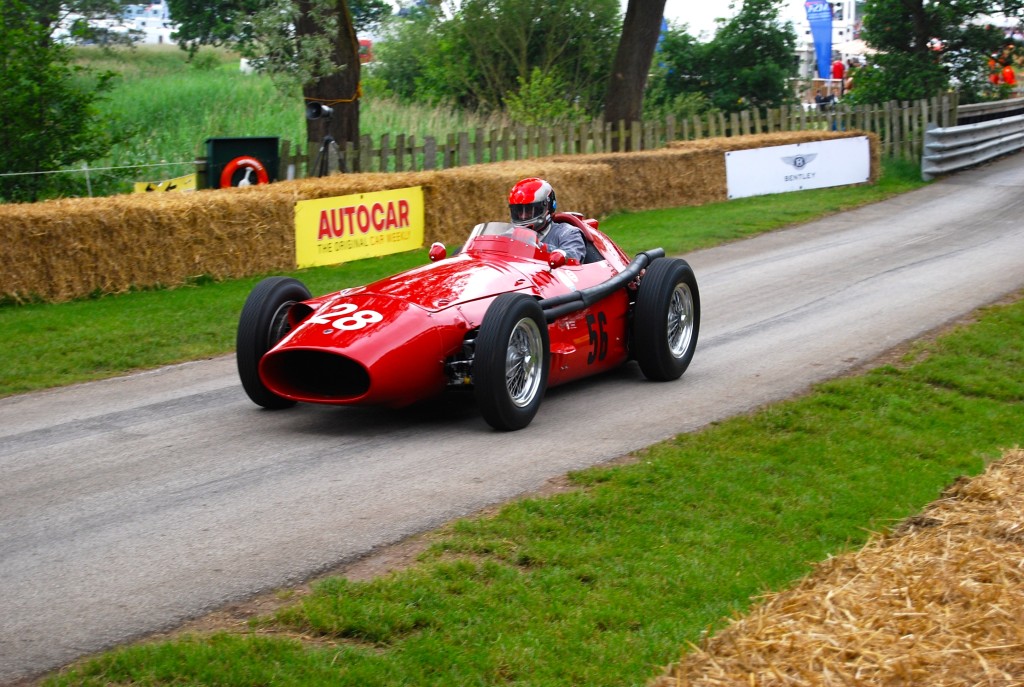 Sporting an Italian theme this year partly due to the legendary motoring brand – Maserati celebrating their centenary, the organisers were kind enough to provide a giant screen for attendees to watch England vs Italy in the World Cup. The result was irrelevant. 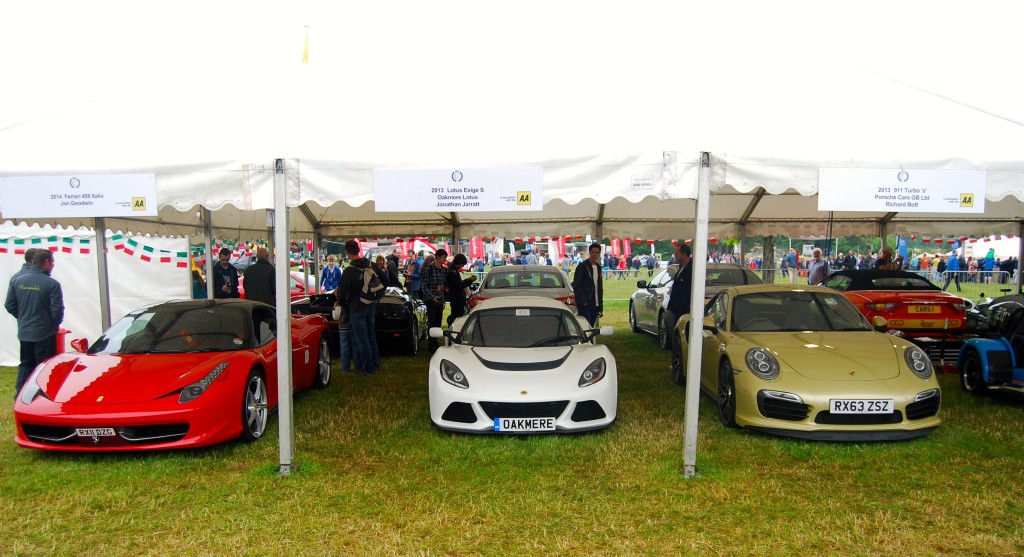 Some of the Super Car class

The Saturday night entertainment is fast becoming one of the highlights of ‘CPOP‘ and this year the volume was cranked up a notch with the evergreen Status Quo providing the soundtrack. Possibly a good job that Cholmondeley’s nearest neighbours aren’t within earshot!

There were many new, previously unseen entrants in this year’s event, not least of which being the Formula Ford drivers Sam Brabham and Max Marshall who did what any 19 year olds would do given an empty track and a Ford GT – they made the most of it. 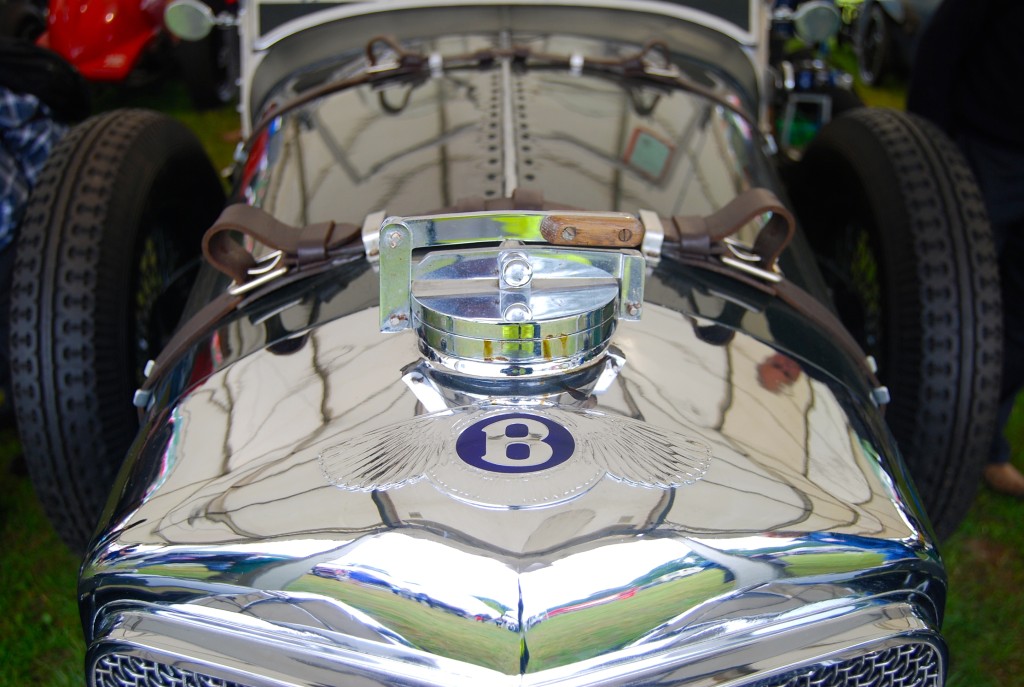 Anyone who’s attended CPOP before would have recognised some familiar faces also; ‘Mavis’ the crowd-pleasing Bentley Packard is an ever-present at the event and those deafening, fire-spitting exhausts never disappoint. 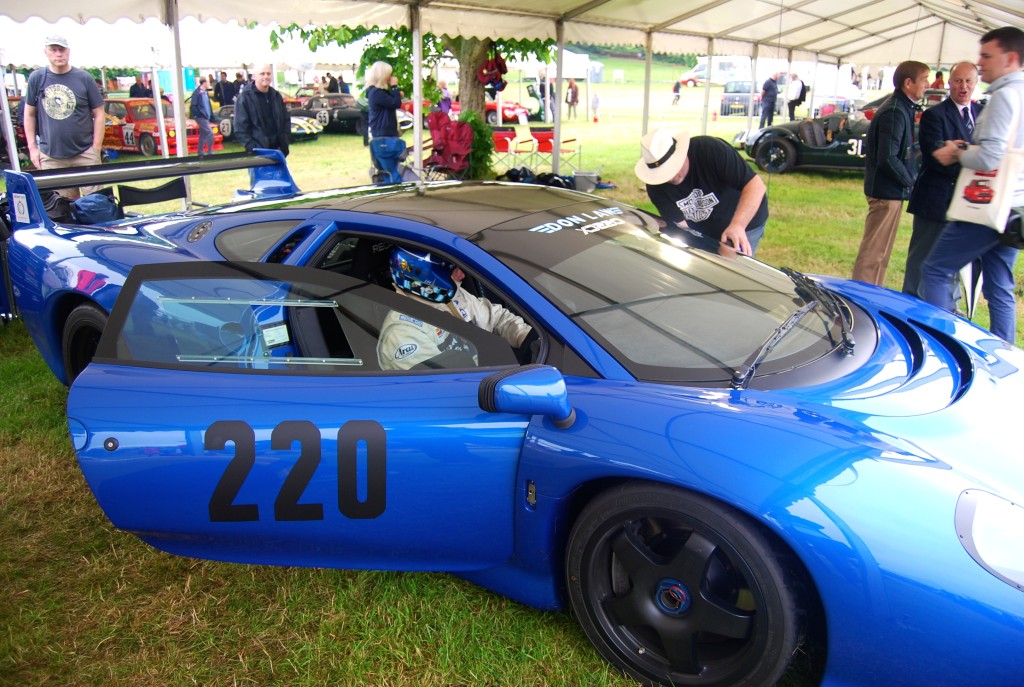 On the more serious side of things, the father/son combination of Don and Justin Law brought a couple of cars down for all to see, including the ultra-rare Lancia Delta Integrale Rally Car- possibly the ultimate car for getting around the tight, slippery Cholmondeley track. They also brought with them what was probably the star of the show for me – the painfully beautiful Jaguar XJ220 LM. Justin explained to me that the car was only 99% finished but that he and his father had worked around the clock to make sure it was prepared to compete at Cholmondeley (the finished result competed at the Goodwood FOS – if you want to have a look). No matter how many cars Don and Justin get involved with, their enthusiasm for motor sport is infectious. I was lucky enough to be a passenger in one of their other XJ220s a few years ago – these guys are serious about the brand and Justin never holds back when he’s behind the wheel.

Overall winner of the weekend was once again Robbie Kerr in the Radical SR8 RX, who also won it in 2013. His time of 56.41 on the warm Saturday afternoon wasn’t enough to beat his own record of 55.29 set last year, but tightened chicanes and the usual Saturday night rain meant that he was unable to push the car to its limits on the Sunday. 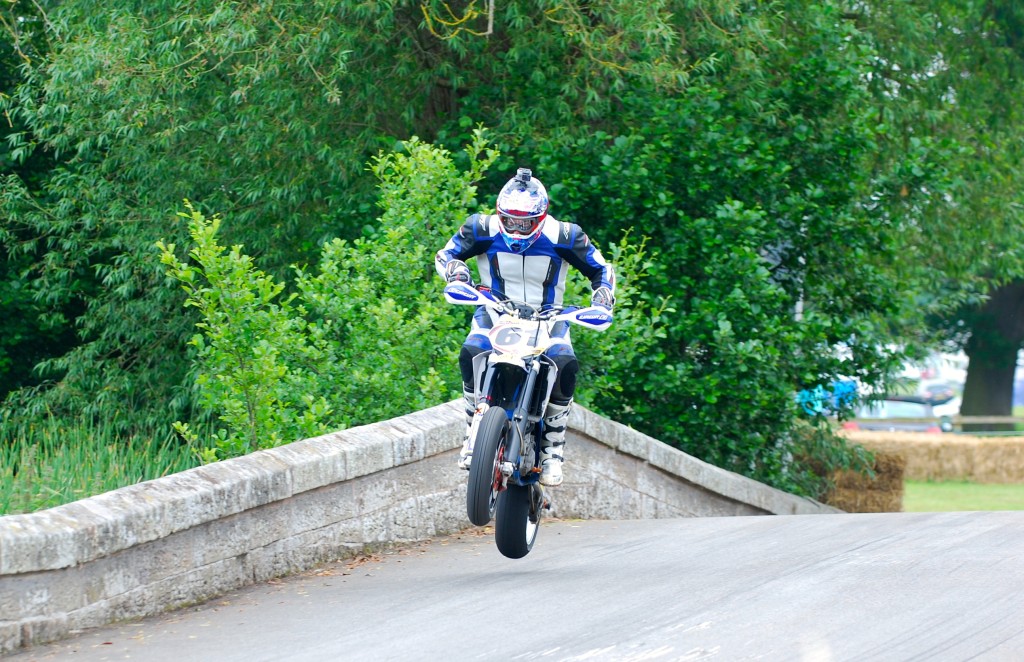 Not forgetting the bikes……..

Once again, there was enough going on at the Pageant to keep everyone happy; here’ s to next year when it’ll hopefully be even bigger and better.

I'm Ben Harrington and I'm a car lover, freelance motoring journalist and family-man (I'll let you decide the order!) I started Driving Torque in 2010 to share my love of all things motoring with the wider world. Since then, … END_OF_DOCUMENT_TOKEN_TO_BE_REPLACED