Here’s my somewhat early entry into 2012’s ‘stating the bleeding obvious competition’: ‘Cars are no longer simply a means of transport, they are an expression of our character’. There you go, a winner if ever I saw one, but it is true or at least partially. You see, I’m becoming increasingly convinced that the gap between the reflection our cars give of our actual lives and how they reflect our idealised lives is widening to astronomical levels. 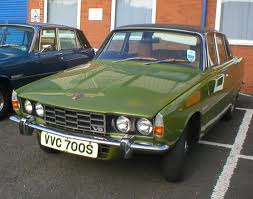 Until fairly recent times, a car was bought primarily to suit our needs best. If you were young and footloose, you bought a two-seater sports car before the impending requirements of family life hit. Once family had arrived, more doors and a larger boot were deemed necessary so you’d pop down to your local Ford dealership and buy whatever sensible model they were producing at that time, be it the Cortina, Sierra or Mondeo. If you required yet more space, various estate cars were available or you could buy a van. This carried on until old age, upon which time you could treat yourself to either a Rover or a Jaguar, dependent on how financially prudent you’d been in the previous 65 years.

These days however, armed with niche markets appearing in existing niche markets and an almost desperate desire to express ourselves, we can live out our fantasy lifestyles through the cars we buy and most people are.

Littering is without doubt one of my greatest pet-hates, seeing ignorance of this level has the ability to catapult me to hereto unseen levels of annoyance. Recently however, I witnessed some extraordinary discarding of waste that got me thinking about how much we are attempting to pull the wool over each other’s eyes, just with the mode of transport we use. What really got my attention about the moronic, selfish, lout desecrating our streets was the fact that he had wound down the window on his Toyota Prius to do it. That’s right folks, the driver of a car that comes equipped with its own soap box for impromptu ‘I’m helping save the world’ speeches, purposefully ejected his litter onto the street. He thinks that by buying a Prius, he could be mistaken for Leo Dicaprio arriving at his latest premier but the truth is he couldn’t care less about the environment, he’s just tight and wants to save a few quid on petrol. 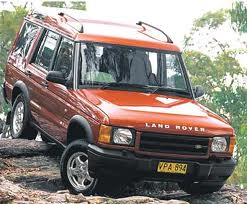 When you think about it, this type of masquerading is commonplace on our roads today. The much highlighted abuse of 4x4s is an easy target. Once the reserve of farmers and The Queen, today, no mother could possibly expect to survive the perils of a modern day school run without permanent 4wd, a limited slip diff and bullet-proof glass all-round. In truth, any large hatchback could easily replace 90% of 4x4s on the road but, and here’s the sticking point, they wouldn’t portray the horsey, rough and tumble image that is deemed so desirable.

Sports car owners are just as guilty. You count the amount of young, attractive men equipped with a full head of real hair that you see driving a Porsche Boxster or a BMW Z4. Now tot up the drivers of these cars who want you to think they’re youthful and virile yet in reality smell slightly of wee and swear by sanatogen and cod liver oil. This can partially be blamed on the economy or insurance premiums but no-one forces pensioners to buy two-seater convertibles. 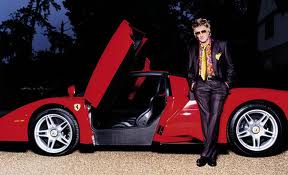 Rod and his Enzo

The examples are numerous and widespread; ‘Hells Angels’ Harley riders who are actually merchant bankers and would cry if they got dirt under their recently manicured nails. New Mini drivers, clinging desperately to their youth whilst simultaneously subjecting their teenage children to years of physiotherapy caused by being shoe-horned into the back seats alongside the weekly shop as the boot is the same capacity as a Samsonite briefcase.

I think the point I’m trying to make here is that we are increasingly putting vanity ahead of practicality which is fine when buying say, a t-shirt, a car should primarily fit your needs and everything else comes second. We need to realise that it might not be cool, but it’s ok to be ‘Mondeo man’. (I wouldn’t have one though – far too boring!)

I'm Ben Harrington and I'm a car lover, freelance motoring journalist and family-man (I'll let you decide the order!) I started Driving Torque in 2010 to share my love of all things motoring with the wider world. Since then, … END_OF_DOCUMENT_TOKEN_TO_BE_REPLACED