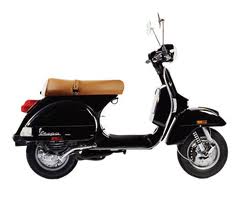 The past week has undoubtedly given me a clearer understanding of how sufferers of amnesia must feel and the frustrating emotions these poor souls endure. It’s well documented that amnesiacs are often fully aware that they should recognise a person or place, and yet their memory cannot completely make the link. Thankfully, I’ve not suffered any major head trauma to gain this empathy, I simply did my CBT.

Just to clarify things further, I mentioned recently that I intended to purchase a Vespa and lo and behold, the very next day I was lucky enough to be the highest bidder for a 2006, Vespa PX125. Many years ago, I would have been able to cruise the streets on my new purchase by virtue of holding a driving licence but in 1990, in an effort to reduce accident rates, Compulsory Basic Training (CBT) was introduced. The initial aim of the CBT was to reduce accidents amongst inexperienced motorcyclists by 33%, in its first year it achieved a cut of 43% so evidently the figures speak for themselves.

Luckily, I live fairly close to a motorcycle training centre which had come recommended to me by a friend so one phone call and £135 later, the date was set for me to attempt to make the transition from four wheels to two. They advised that I reacquaint myself with the highway code and gain as much knowledge as possible on what to expect when riding a motorbike on the road so after a trip to the library, much studying ensued!

Now, I’ve been riding bicycles on and off road since I was about five, I still cycle as much as possible now so I would say that I’m familiar with riding a two wheeled machine on a public highway. I passed my driving test first time when I was seventeen and have owned a car ever since. I consider myself to be of a fairly high standard of driving with a clean licence and have never caused an accident which has been deemed my fault (touch wood). I am also entitled to drive LGVs as I often drive fire appliances, sometimes at high speed. Again, I’ve only had one accident and I would argue that it wasn’t my fault but that’s another story altogether. All of this, you would assume, would stand me in high stead when it came down to adapting my driving skills to riding a motorcycle.

I wouldn’t say I was over confident when arriving for my CBT but nothing could have prepared me for the shock to the system I was about to receive. After an hour or two in the class room, my instructor and I travelled to a large playground (devoid of children) in order to get to grips with the basic operation of the bike. This actually went ok, once I’d accepted that a 125cc motorbike is going to take some revving in order move from standstill with my not unsubstantial frame onboard. A couple of hours were then spent learning basic manoeuvres and controls, followed by common sense measures such as emergency stops. 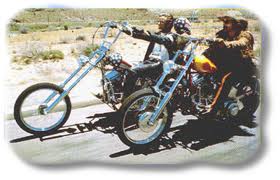 Following lunch and another hour or so in the classroom, it was time to hit the road and this is when the amnesia kicked in. For some reason, I felt as though I’d never seen tarmac before, never mind driven for fourteen years on it. The feelings of alienation were far greater than my first driving lessons at seventeen and yet I’ve driven tens of thousands of miles already. I kept trying to remind myself that I drive almost daily down the very same roads, almost without thinking about it but it was no use, I may as well have been on the moon. I was approaching junctions with feelings of trepidation as I couldn’t even remember which way the traffic should be coming from, roundabouts simply resembled a free-for-all to my now addled brain. This complete memory loss, coupled with repeatedly reminding my hands and feet to swap the roles they’ve become accustomed to whilst driving resulted in a pretty sweaty couple of hours.

Thankfully, my instructor deemed me safe enough to warrant a CBT certificate and I’m really hoping that practice will make perfect, or acceptable at least. I’ve only been out on the Vespa once since as it’s not yet taxed and I’ve got a sneaking suspicion that the next time will feel as bizarre as ever.

I'm Ben Harrington and I'm a car lover, freelance motoring journalist and family-man (I'll let you decide the order!) I started Driving Torque in 2010 to share my love of all things motoring with the wider world. Since then, … END_OF_DOCUMENT_TOKEN_TO_BE_REPLACED