I was fortunate enough to be invited recently to the 2012 Society of Motor Manufacturers and Traders (SMMT) Test Day, being held at the Millbrook Proving Ground and I jumped at the opportunity to go and see what it’s all about. Being a Test Day virgin, I arrived with a certain amount of trepidation, trying to look unfazed and yet feeling that I was somewhat gate-crashing a well established, strictly invite only party. As it was only 07:30 when I arrived, the mist was still set in over the 700 acre site and as we were being transferred from the car park, in the distance I spied some almost eerie shapes emerging from the gloom. These turned out to be the very welcome exhibition stands of some 32 car manufacturers, ranging from Alfa Romeo to Volvo, all fronted by a selection of their models for our delectation, imagine an automotive Willy Wonka’s Chocolate Factory and you’re somewhere near. Naturally, more in-depth reviews of the cars I drove on the day will appear on Driving Torque shortly but for now, here’s a little taster of what a Test Day has to offer. 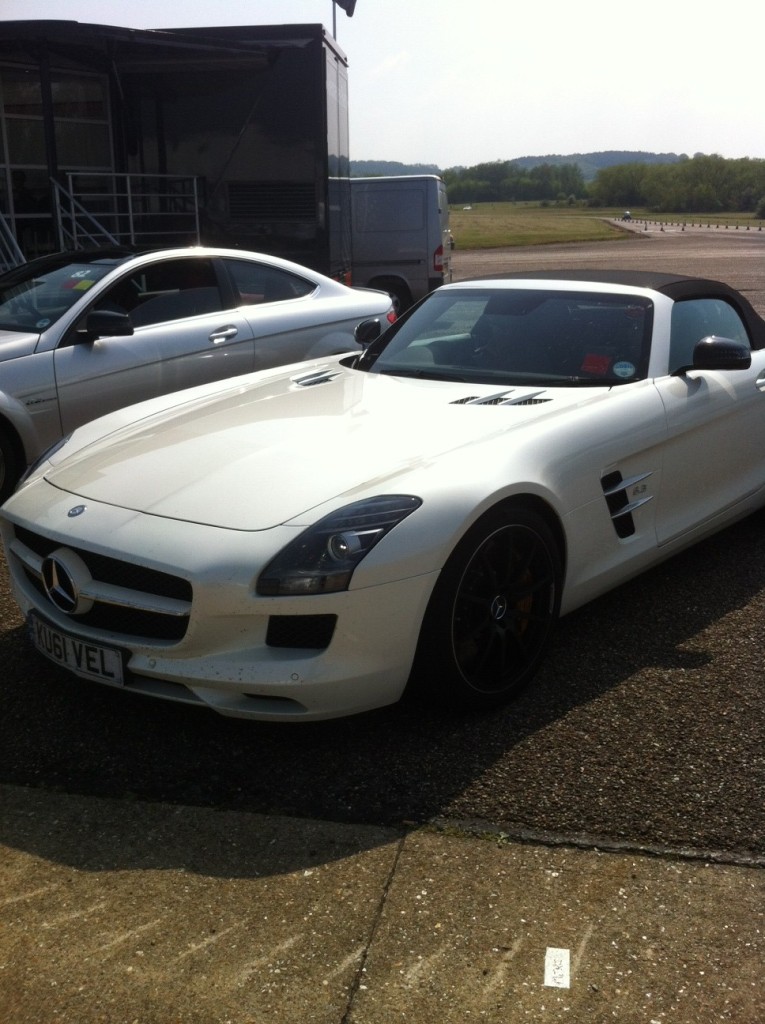 Following a spot of breakfast, an opening speech by the SMMT Chief Executive Paul Everitt and a safety briefing, we were released like a hungry swarm of ants onto the awaiting PR folk and their wares. I had noted on our drive in that the Mercedes-Benz stand was located at the farthest point of the arena and whilst always trying to maintain an air of composure, I made a beeline for it, mentally reminding myself not to break into a run. As I neared my goal I spotted it; the reason for my haste and also the reason why I’d convinced myself that if I’d turned around I’d have been overwhelmed by the hordes of drooling journalists, all rampantly stalking my prey. It was of course the Mercedes SLS Roadster gleaming in designo Mystic White with contrasting designo Black interior and roof. At £210,000 including options this was one of the most expensive cars present and arguably the prettiest. My plot was foiled however as a chap from Parker’s Price Guide had beaten me by a whisker and was to be first in the SLS. The nice people from Mercedes did a sterling job of consoling me though, using only four letters and two numbers – C63 AMG. That’s right, whilst awaiting the return of the Roadster, I was more than welcome to sample this deceptively tame looking coupe with its legendary 6.2 litre V8 engine shoe-horned under the bonnet. 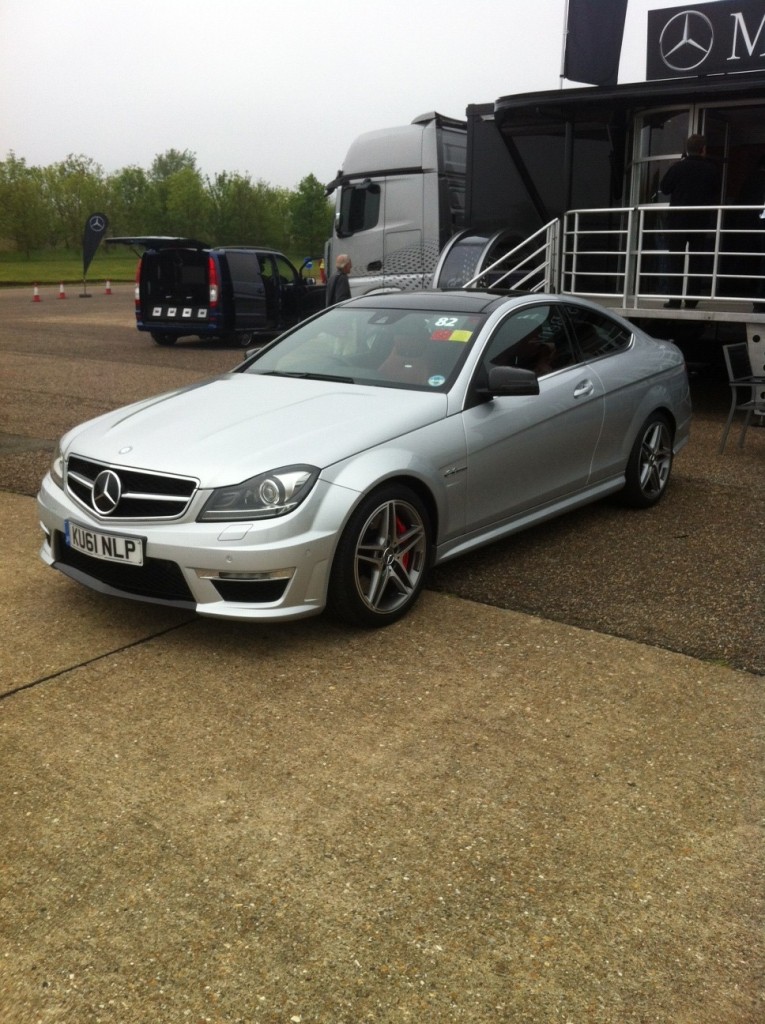 Whenever I drive a car for the first time, I like to do two things; turn the stereo off and wind the driver’s window down, I like to hear an engine as well as feel it. One thing’s for certain in this Merc, that engine’s performance is matched by its spectacular soundtrack. It builds quickly from a deep, bass-drum rumble of thunder in the distance, all the way up to the percussion section of the London Philharmonic orchestra recreating a tropical storm in one’s cranium. Navigating the twists and turns of the Alpine road route in such a beautifully set up car was nothing but pleasurable, even with a little voice inside my head reminding me- ‘do not do a Bond’ (Milbrook was where 007 rolled his Aston Martin in Casino Royale). Having safely returned the C-class to its owners, it was my turn in the SLS and with some guidance from one of their own pro-drivers, including checking that I was aware which one the brake pedal was(!), we did a few laps of the 2 mile, banked circuit at speeds of up to 100mph. The SLS shares a lot of its drivetrain with the C63 I’d driven previously but this is where the similarities end. This is a ‘proper’ sports car with a low slung driving position, its two seats placed practically over the rear wheels and a seemingly endless bonnet. The SLS also manages to gain the equivalent of a family hatchback over the C63 in terms of power with its 571 bhp compared to 487 bhp found in the C Class which includes a 30 hp factory upgrade.

The Test Day isn’t only about the machinery however; it’s a fantastic opportunity to put a face to some names and start building relationships with the various PR staff who make all of this possible. I must admit to initially feeling a little apprehensive on that front due to it being my debut. Any nerves were very quickly dissipated though as each and every person I introduced myself to was chatty, smiling and more than happy to help in any way they could. The day was also a great chance to meet some of my peers; I’m still a huge believer that old-fashioned socialising beats digital networking hands down and over the course of the day I had many conversations with people who I’d previously only been able to exchange emails and tweets with.

There were an estimated 300 journalists at the event and obviously with so many people trying to achieve the same objective, the time available in each car was understandably limited. That said, the awesome facilities available coupled with some super-human organisation meant that over the course of the day I managed to drive 16 cars, all of which I’d never driven before. Without the SMMT Test Day, it would be very difficult, if not impossible for someone in my position to gain this kind of exposure to such a wide variety of vehicles.

Highlights of the day? Meeting Paul Horrell- associate editor of Top Gear magazine must be the absolute pinnacle but as far as cars go, here’s a little taster of the great and possibly not so great-; 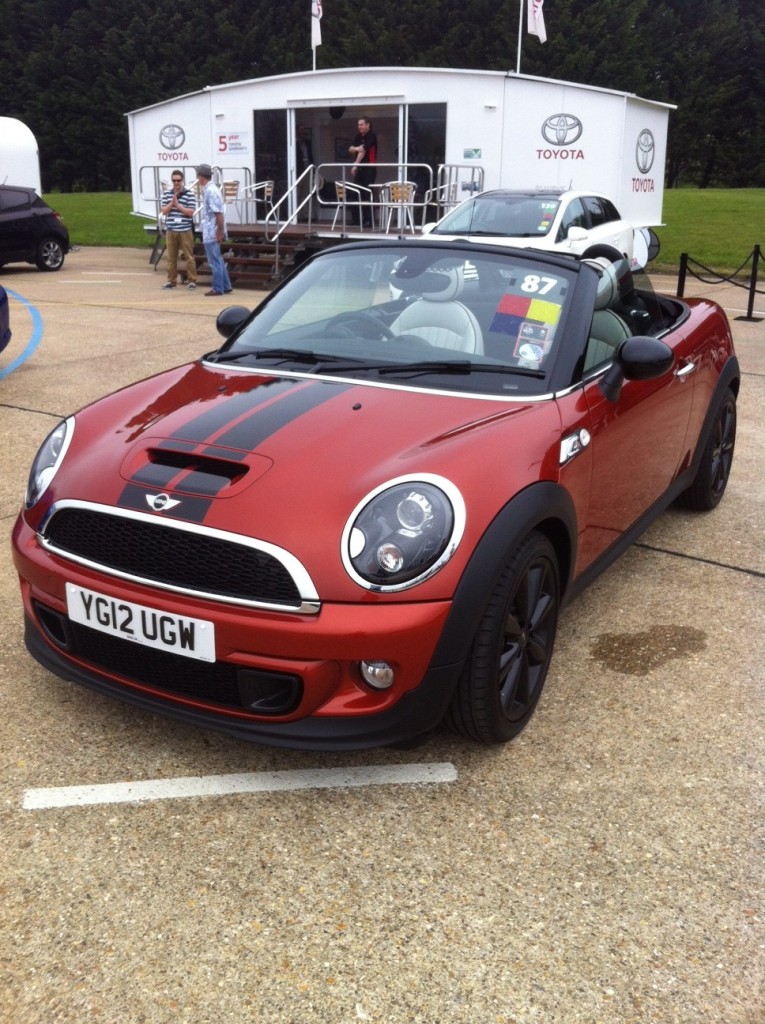 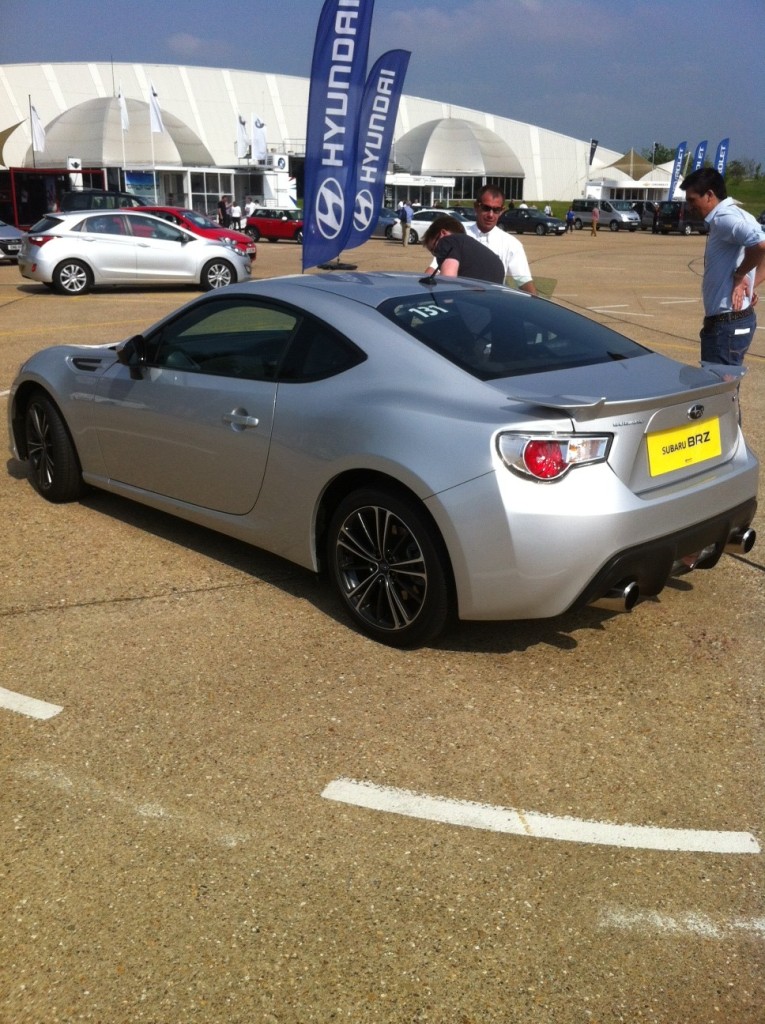 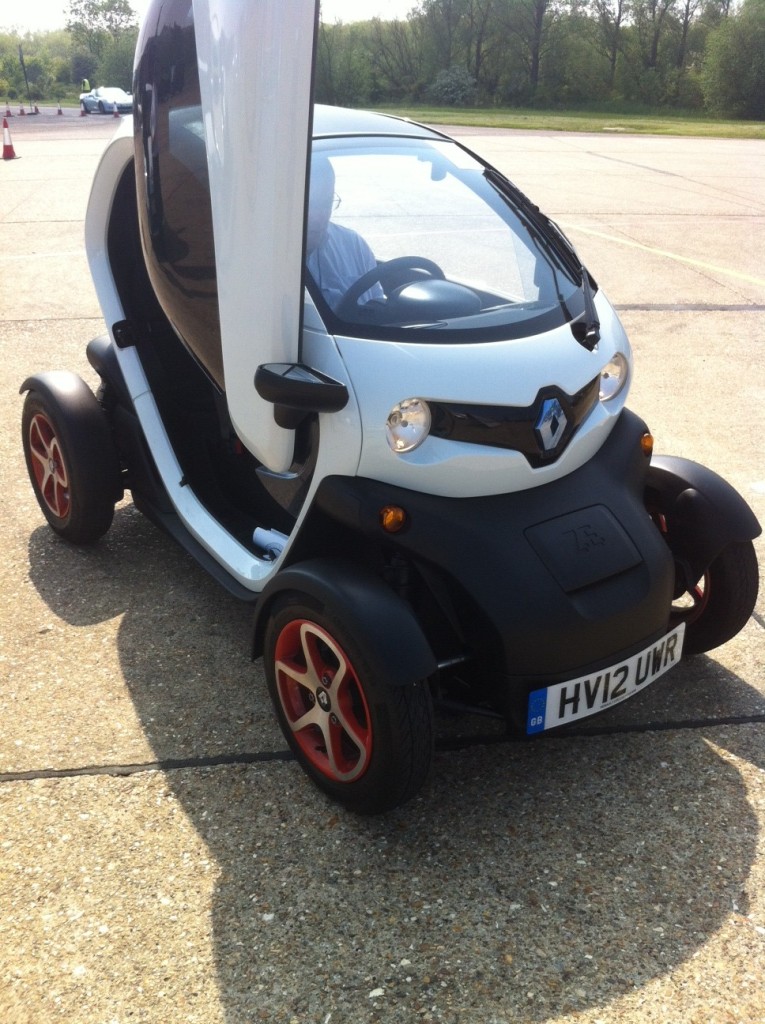 I’d like to say a huge thank you to all at the SMMT for inviting me to such a marvellous event, especially Janet Wilkinson and Ed Callow. I’d also like to thank all the manufacturers present and their staff for being so accommodating and genuinely friendly, particularly Tom Richards on the Subaru stand for politely tolerating my incessant requests to drive the BRZ – Thanks Tom!

I'm Ben Harrington and I'm a car lover, freelance motoring journalist and family-man (I'll let you decide the order!) I started Driving Torque in 2010 to share my love of all things motoring with the wider world. Since then, … END_OF_DOCUMENT_TOKEN_TO_BE_REPLACED