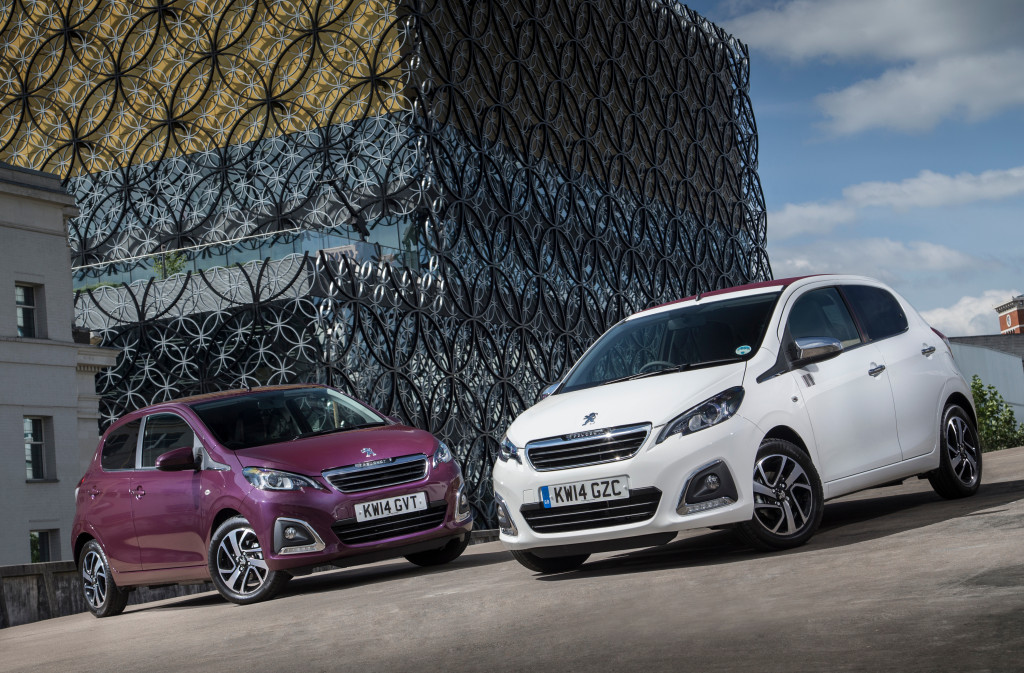 So, the second iteration of the C1/Aygo/108 has arrived. Toyota have unveiled a funky little thing with an X-Men style front end, Citroen‘s styling has gone down the multi-level headlight route, similar to the Juke, and finally, here’s Peugeot’s new 108.

Unsurprisingly it shares its range of 3-cylinder petrol engines with the C1, but the three cars are far more individualised than the original trio, with Peugeot’s styling being very different from the other two and their emphasis apparently being on personalisation, a theme that’s worked so well with the MINI and the Fiat 500.

Visually it’s fairly obvious that the front end of the Peugeot 108 is towing the party-line and it’s very similar to a 208 or 308, it’s just been scaled down a little. It’s full of features in a relatively small space, in a similar vein to the BMW i3 and even the Aston Martin Cygnet.

Peugeot have identified that 60% of 108 buyers will be women, presumably young ones (watch the new TV advert here –http://www.youtube.com/watch?v=TuFgDpouNR8) and from this they’ve deduced that their target market will be attracted to the personalisation element on offer. Any top chef will tell you that a menu shouldn’t offer too much choice (Vauxhall Adam!!!) and thankfully Peugeot have limited the themes available on the 108 to 7 distinctive flavours, ranging from two-tone paint (Dual) to a barcode running the length of the car (Barcode). 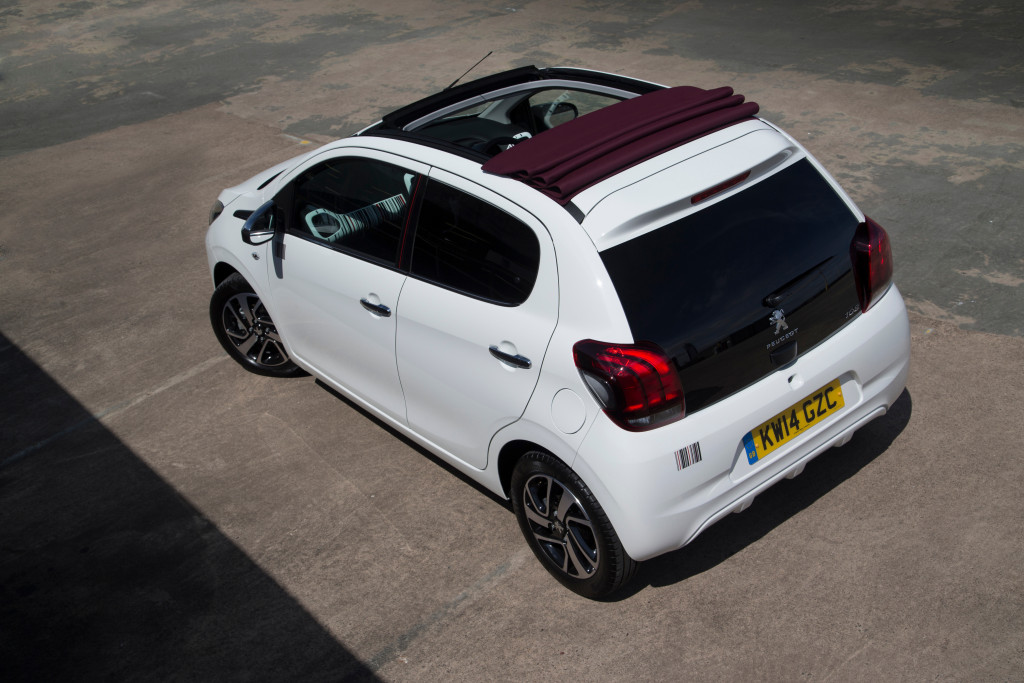 The 108 also comes in a choice of 3 or 5 door, the usual Peugeot spec levels, and perhaps more pertinently, the option to have a full-length sunroof on models they’ve christened Top! Just one note of warning though – headroom in the rear on hardtop models is acceptable – opt for Top! and anyone over 5′ tall will find it cramped. 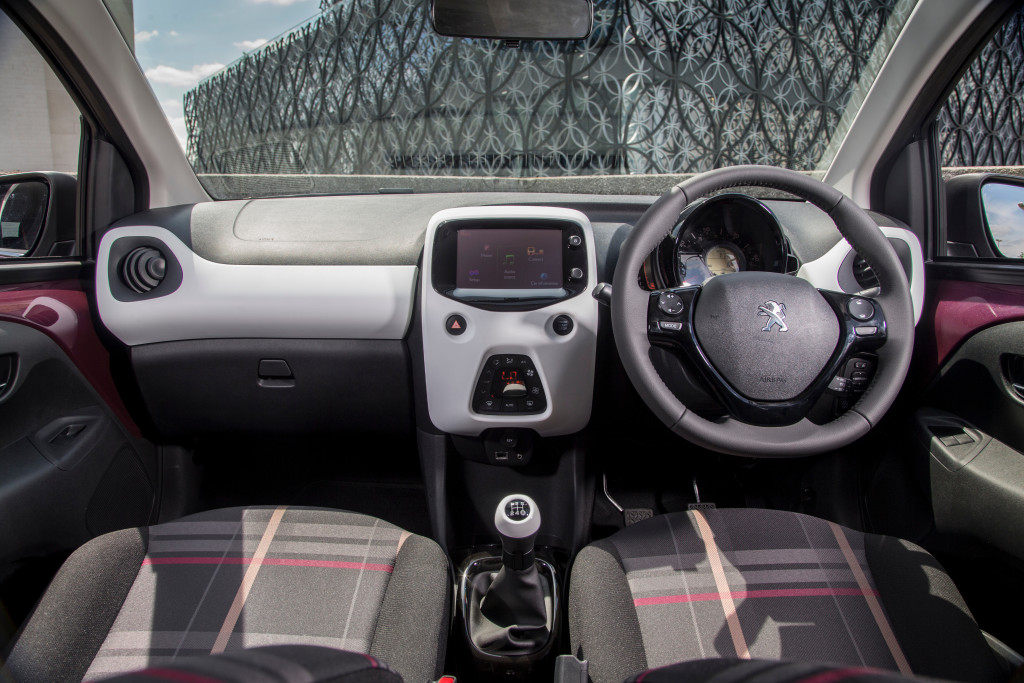 The Peugeot 108’s wheelbase has been stretched compared to the 107, and you can tell. The handling feels more competent and bumps are absorbed much more readily, giving the 108 more grown-up road manners than its predecessor. 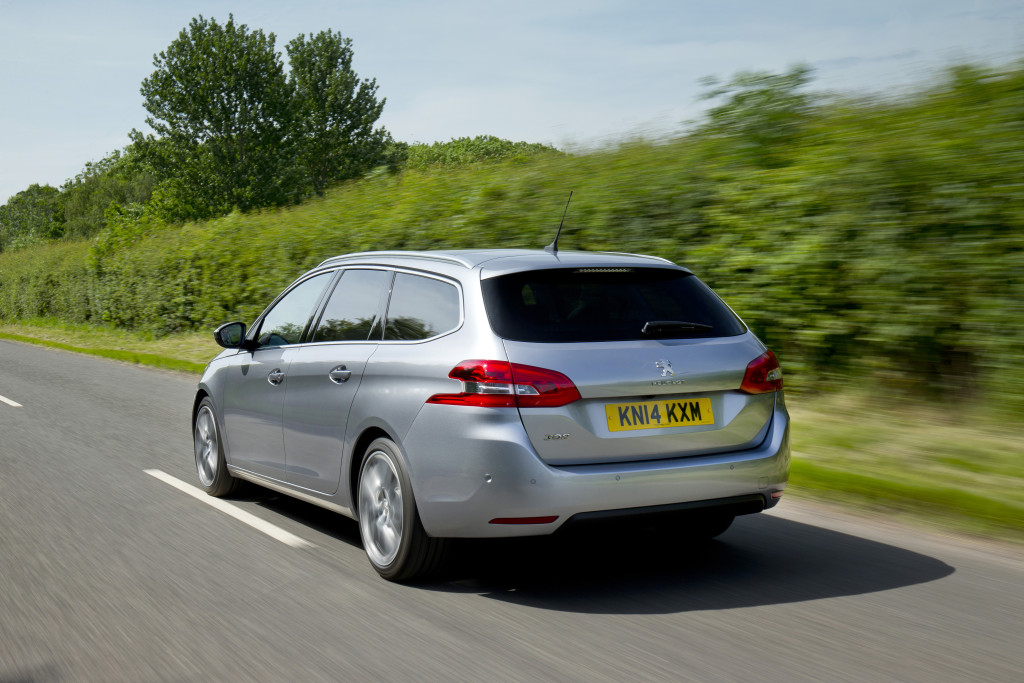 I was hugely impressed with the 308 when I reviewed it earlier this year so does it’s appeal continue when it’s stretched a little to give us the estate variant? I can’t deny that something’s lost in the looks department compared to the hatch – a car I still feel is probably the most attractive in its class. The wheelbase of the SW is extended by 11cm, and the rear overhang by 22cm, obviously this is to maximise load carrying capacity but the squat, purposeful look of the hatch is diluted somewhat by doing so. 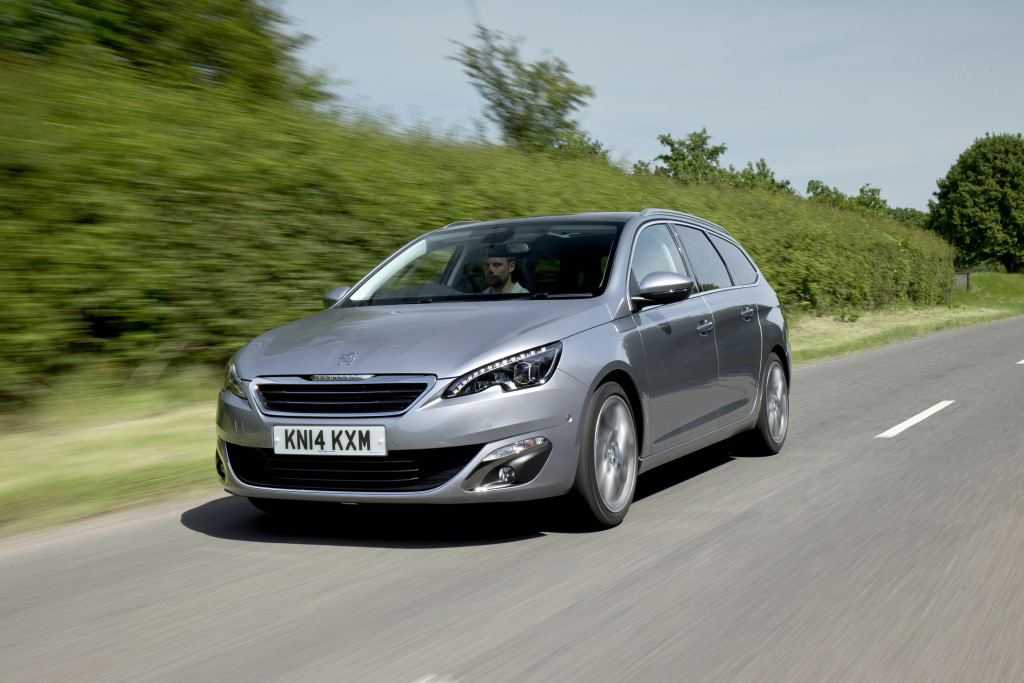 The good news is that, not only is the loadspace it creates fairly vast (maximum 1,660 litres with seats folded flat), but the way the 308 SW handles is still impressive, just like its little brother. The diminutive steering wheel hasn’t gone – a feature I feel should be limited to sportier Peugeots, but the steering setup has been re-engineered on the SW to be less responsive – this is a good thing. I felt that the 308 hatch was a little twitchy for its own good and, personally, I think the whole range would benefit from the SW’s more relaxed manner.

I'm Ben Harrington and I'm a car lover, freelance motoring journalist and family-man (I'll let you decide the order!) I started Driving Torque in 2010 to share my love of all things motoring with the wider world. Since then, … END_OF_DOCUMENT_TOKEN_TO_BE_REPLACED