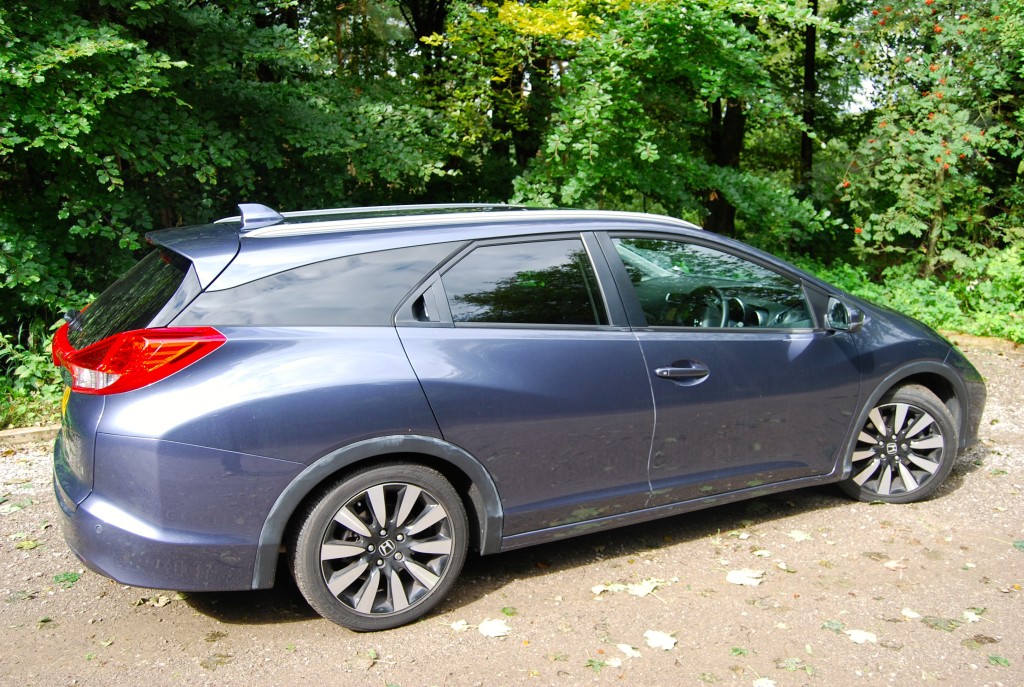 Cars in this mould come with a variety of monikers; there’s the good old ‘estate’, the glamour of the ‘shooting brake’, the Clark W Griswold American-ness of the ‘station wagon’, and in the case of the enlarged Honda Civic tourer we have here. 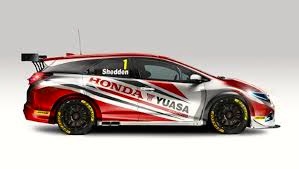 Now, it might be down to the clever use of this shape for the factory Honda team’s current BTCC car, (albeit with a few less spoilers and stickers) but I’m inclined to think that this is one of those occasions that the darling of new parents and dog owners alike has more to offer in the looks department than the hatchback from which it was spawned. The way the roof-line seemingly dives down towards the D-pillar (it doesn’t, it’s just cleverly made to look that way), thus creating a sail shaped rearmost side window, is very reminiscent of both the Mercedes CLS Shooting Brake and the Jaguar XF Sportbrake – neither of which are renowned for their hideousness.

The rest of the Civic Tourer looks exactly the same as its hatchback sister, even down to the hidden rear door handles which enhance that sportier ‘shooting brake’ image that’s so desired in this sector. Perhaps more pertinently then, what does the enlarged rump have to offer in the practicality department? 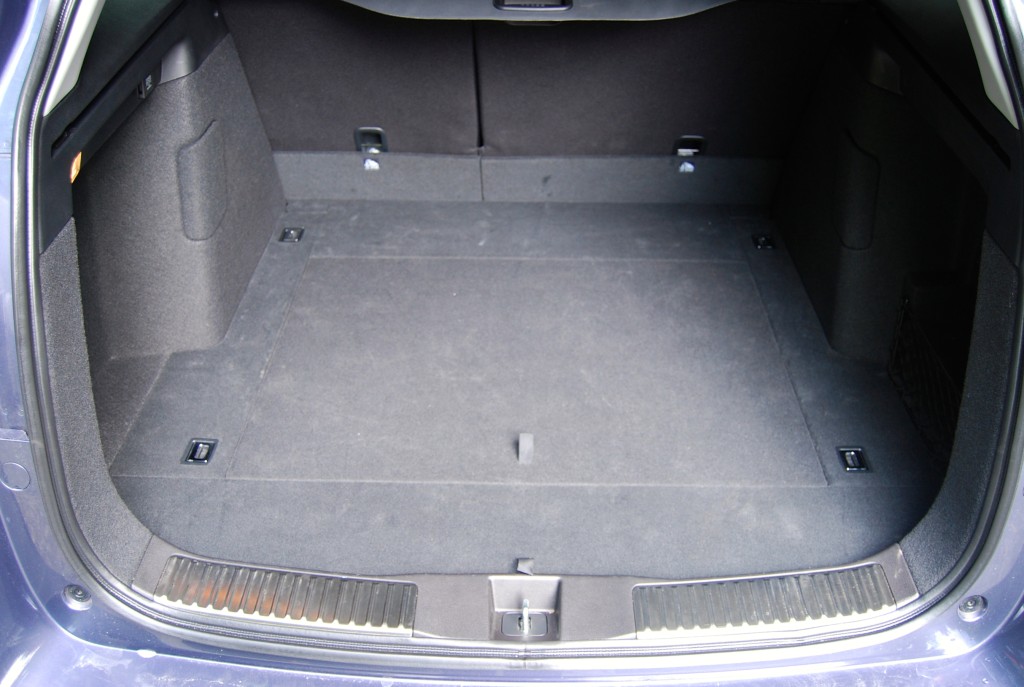 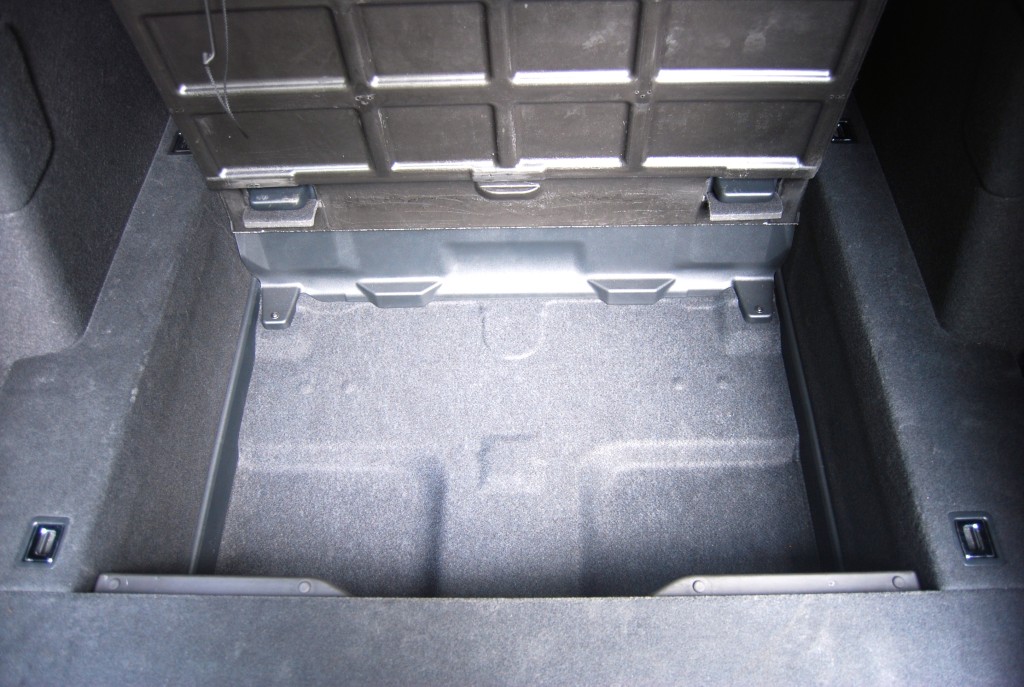 Quite a lot it would seem. The Civic hatch uses clever cubby-holes and techniques such as moving the fuel tank towards the centre of the car to optimise its load-lugging abilities and the Tourer takes it up a notch. Doing away with the spare wheel means that the cavern-like under-floor storage compartment in the boot is honestly more spacious than some car’s whole luggage area. Add this to some clever seats and the Civic Tourer provides a class-leading 624 litres of boot space with the rear seats in place, and a whopping 1,668l maximum with them down. 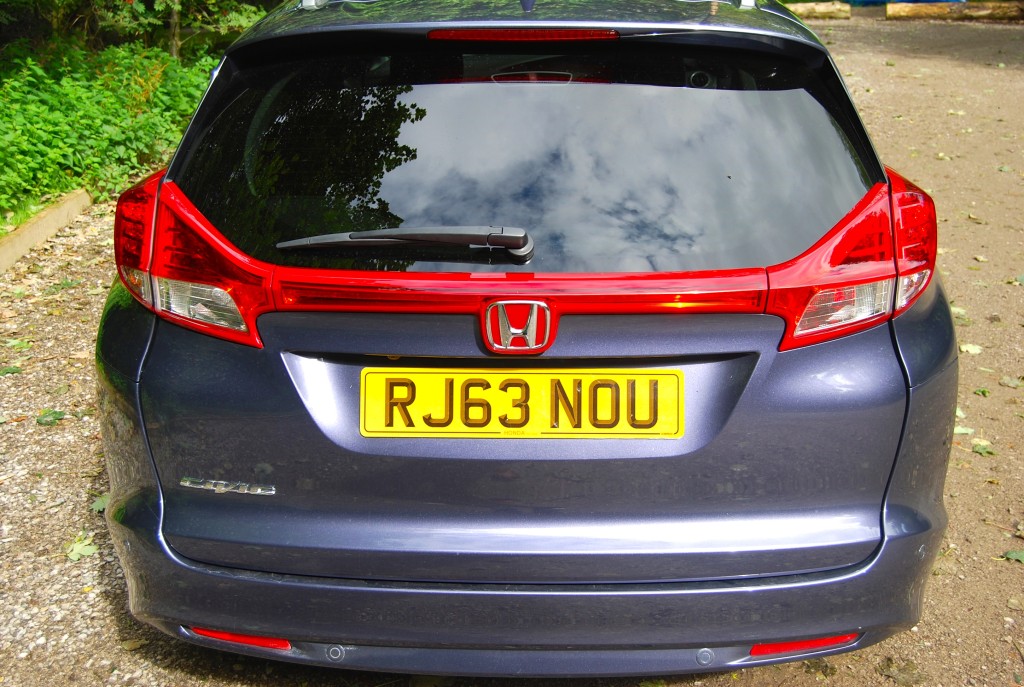 One other aspect of the Civic Tourer that deserves mention here is the added bonus of where the rear light-bar is positioned. One of my gripes with the Civic hatch was the way they dissected the rear windscreen, creating a dual-screen effect and not really inspiring confidence when you wanted to see what was lurking behind. With the Civic Tourer this issue has gone. It admittedly may not look quite as nifty and original as the hatch, but the need to put the lights on a near-vertical boot-lid has resulted in a more conventional approach which, when coupled with the extra glass around the boot, makes seeing out of the Civic Tourer far less of a chore.

Inside the Tourer, it’s the usual Civic high standards again, just with a slightly lighter, more airy feel thanks to the added windows and extra space to swing a cat around in, if that’s your thing. The leather seats in our SR spec car added a feel of luxuriousness that you just don’t get with cloth and they were easy to manipulate into whichever position you feel comfortable in. Like the hatch, there’s the multi-screen, dual-level dashboard effect going on. It does take a bit of getting used to at first, but I’ve always admired its originality – I just wish that the colours and fonts used on one of the fascia’s four gauges and screens would match at least one of the other’s.

When we tested the Civic hatchback in September 2013, it was equipped with Honda’s 1.6 i-DTEC Diesel unit, and it’s fair to say that we were pretty much blown away. The Tourer we have here is powered by their 1.8 i-VTEC petrol and, as much as it pains me to say it, you’d have to be pretty adamantly against Diesel to opt for this engine.

There’s nothing wrong with it per se, in fact it’s so smooth and quiet that it’s almost impossible to notice when the stop/start technology is doing its stuff, even with the slight ‘boom box’ effect that estate cars usually suffer with.

Anyone opting for the petrol would also save over £1,200 on the list price over the Diesel unit – not a figure to be sniffed at, but when you delve further into resale values and running costs, I can’t help but feel that that financial saving would soon be swallowed up. It’s a simple numbers game, you see; the equivalent SR spec Diesel Civic qualifies in tax band B (£20), whereas this petrol emits 149g/km CO2 and is therefore all the way up in tax band F (£145). 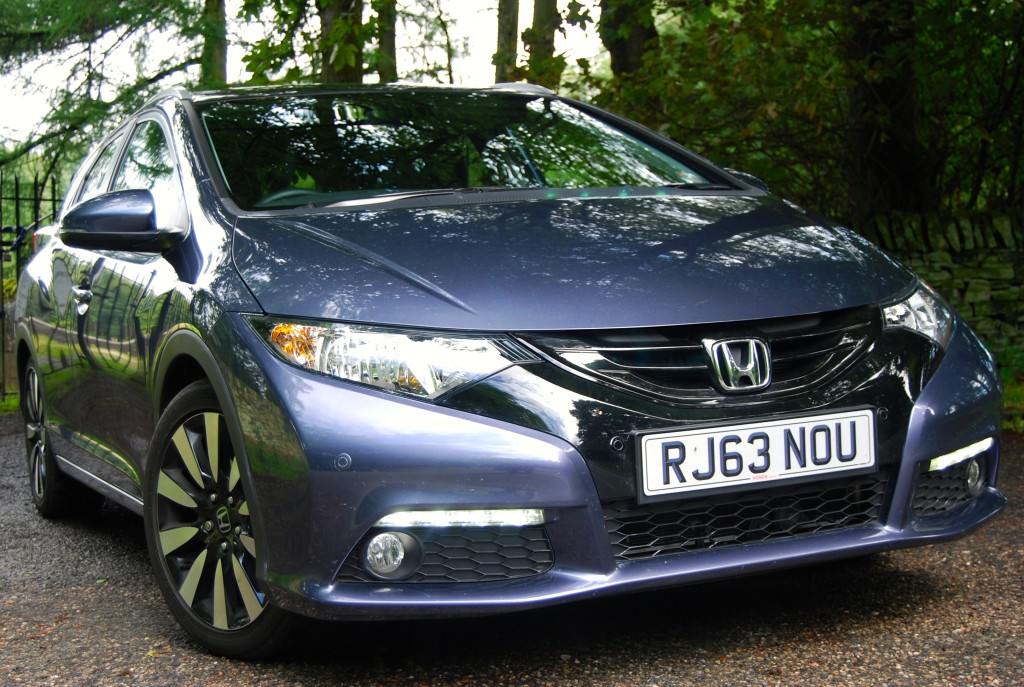 If you’re not covering many miles, you may decide to go for the petrol’s added refinement over the Diesel, but if you’re quite keen to keep visits to the pumps as minimal as possible, it’s worth noting that this petrol variant achieves a claimed 44.1 mpg combined, compared to the Diesel’s 72.4 – and having driven it, I can verify that the 1.6l oil burner really is as economical as they claim.

The petrol Civic Tourer also achieves the 0-62mph sprint quicker than its counterpart (9.6s vs 10.5), but that’s presuming you haven’t activated ‘Eco’ mode to make your economy figures more respectable. Doing this will make the engine less thirsty, admittedly, but the way its stunts the car’s performance  takes away from an otherwise fun driving experience, especially around town or on long motorway hills where you might find yourself changing down a gear a little more often than you’d expect. 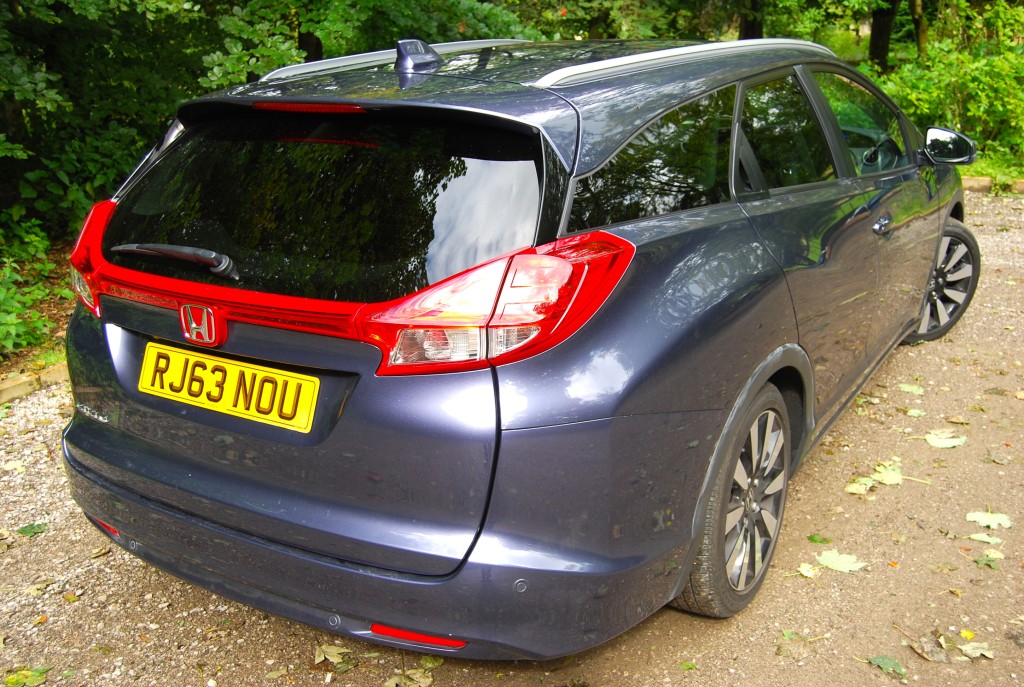 If you opt for the SR or EX spec Civic, you get their new rear Adaptive Damper System included in the price (it’s a £500 option on SE Plus and SE Plus-T models), and it really does make a difference to the whole driving experience. The Tourer shares the hatch’s feather light gear-changes and steering feel that could do with a touch more feedback from the road but, also like the hatch, it actually sticks to the tarmac very well. Switch the dampers to ‘dynamic’ and you could argue that it’s rather fun – it’s never going to be a Lotus, obviously, but you can certainly feel an improvement in how the car responds and reacts to any changes in direction. Just don’t try throwing it around in Eco mode – the responsiveness of the ‘dynamic’ dampers and the listlessness of Eco mode are worlds apart in their aspirations. At the other end of the spectrum – ‘Comfort’ mode is so well suited to a long motorway schlep. It transformed the Civic Tourer and seemingly ironed out our less than perfect roads, making journeys of any real distance more relaxing – usually the preserve of far larger cars.

To conclude, then. The Civic Tourer, is beautifully built like most Hondas, is class leading in many aspects including interior space and, in my opinion, looks great. As is usual with Japanese cars – the standard equipment is plentiful, even on base models, but I would be inclined to either pay for the Adaptive Damper System or go for a model that comes with it included as it’s a very clever piece of kit. Having driven both engines available in the Civic Tourer – I’d advise you forego the petrol engine we have here and go for Honda’s excellent 1.6 Diesel – it’s just too good to overlook.

for full details, go to: www.honda.co.uk

I'm Ben Harrington and I'm a car lover, freelance motoring journalist and family-man (I'll let you decide the order!) I started Driving Torque in 2010 to share my love of all things motoring with the wider world. Since then, … END_OF_DOCUMENT_TOKEN_TO_BE_REPLACED