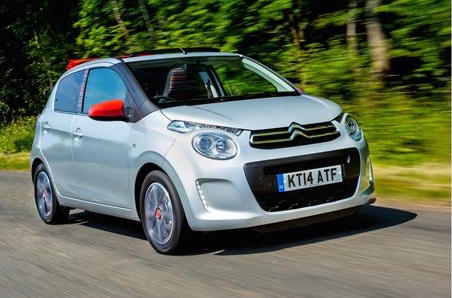 The ‘A’ segment of the car market is absolutely awash with choice at the moment, with some cars on offer being more ‘A’ than others. If we’re using size as the main gauge for pigeonholing cars, the triumvirate of Aygo/108 and what we have here – the 3466mm Citroen C1 could quite easily be the yardstick of ‘A-ness’ that all future cars are measured by. 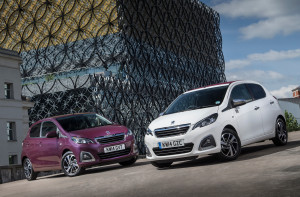 We drove the C1’s sister car – the New 108 at its UK launch back in July and were impressed with its good blend of driver satisfaction and funky, customisable styling. So why would you pick the Citroen C1 over the 108 or the Aygo, and pertinently, over the rest of the competition out there?

Well, if you’re male is as good a reason as any I suppose. The 108’s advertising has placed it unashamedly in the sights of the female of the species, and its styling is fairly effeminate too. The Citroen C1 takes some styling cues from Nissan’s Juke with its large, circular main headlights and slashed ‘eyebrow’ sidelights, but this also gives it a more aggressive, testosterone-ey feel that’ll go someway towards providing Jonny Teenager with a bit more street-cred, a bit less of a ‘Mum let me borrow the car for the evening’ vibe. 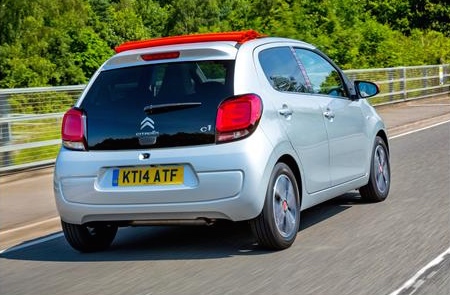 And with which engine?

This Citroen C1 we have is the range-topping Flair model, complete with Airscape full-length fabric sunroof and power being provided by the most pokey engine in the range – the 82bhp, three-cylinder PureTech unit. It’s what you could call a ‘characterful’ little engine, and it’s instantly recognisable as a three-cylinder with surprising levels of grunt low down that’ll find the Citroen C1 being propelled up to 70mph quicker than one might expect.

It’s not all good though; Ford and Vauxhall are two of the major marques who’ve gone to great lengths to make the three-cylinder engine popular again, and they’ve done so by making them more refined, less Eastern Bloc. This PureTech engine is still a bit too lumpy; the car shakes at standstill and a smooth getaway requires some real concentration to coordinate clutch and throttle pedals perfectly. Coupled with the sound insulation that’s lost though the Airscape’s fabric roof, you could well find yourself wishing you’d gone for the less powerful VTi engine (68bhp); I drove this engine in the New 108 and it is far easier on the senses.

Apart from that folding roof which does rob a couple of inches of headroom in the rear, every possible bit of space is utilised to full effect in the Citroen C1. The shape might not be the sleekest in the world, but there’s good reason for that – it’s ultimately very practical. A whole four-piece family fit nicely on the surprisingly comfortable seats and, as long as no attempts are made to practice your golf swing, you don’t feel like you’re sat on top of each other. 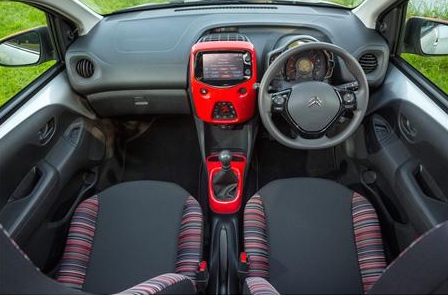 The fact is though, this car isn’t really aimed at people who are looking for a car to ferry their 2.4 children around Europe in; it’s more for short distances with a solitary user who are probably either female or youthful, or both. The interior reflects this fact, it’s not exactly weighed down with buttons and knobs, but the central 7 inch multimedia system is very clever and it’s tablet-like appearance is no accident. It’s called Mirror Screen and it’s designed to do what it says on the tin – mirror your smart phone, so that functions such as navigation and music are downloaded to your phone and can then be used when you drive your car. 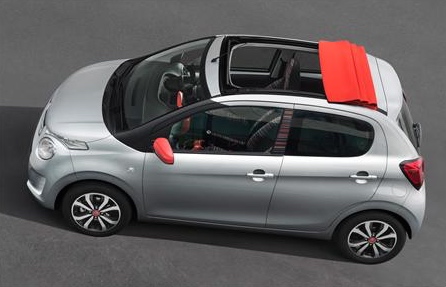 As nice as a full-length opening roof and a few touches of chrome might be, at nearly £12K without options, this ‘Airspace’ model in ‘Flair’ spec has priced itself out of the market. For that kind of money, you’d at least expect your rear windows to open properly, not just be the hinged affairs usually found in 3 door cars. It might be a touch dour in comparison and more B segment than A, but you can buy the excellent Ford Fiesta for under £10K at the moment. Or if its visual impact you’re after, the Fiat 500 and even the Vauxhall Adam are similarly priced.

However, when you take the base model Citroen C1 which is priced at a far more tempting £8,245, and that’s before Citroën’s legendary discounts are taken into account, it becomes a different proposition altogether and is well worth a look.

For full details, go to; http://www.citroen.co.uk/new-cars-and-vans/car-range/citroen-c1

I'm Ben Harrington and I'm a car lover, freelance motoring journalist and family-man (I'll let you decide the order!) I started Driving Torque in 2010 to share my love of all things motoring with the wider world. Since then, … END_OF_DOCUMENT_TOKEN_TO_BE_REPLACED